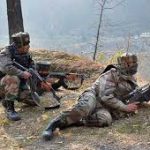 Jasmine Brar Amnesty International (AI) has recently released a controversial report on the Indian State of Jammu and Kashmir titled, “Denied: Failures in accountability for human rights violations by security force personnel in Jammu and Kashmir.” Even a cursory reading of the report makes it clear that it is based on untruths cloaked in speculative data. The case briefs are … END_OF_DOCUMENT_TOKEN_TO_BE_REPLACED 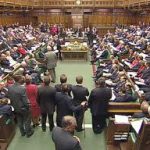 Brigadier (Retired) Manjit Singh The United Kingdom is at its imperial best once again, the mere whiff of brownie points that some of its Members of Parliament (MP’s) can earn from the Pakistanis in their constituency has propelled the entire British Parliament into a debate on alleged Human Rights violation in the Indian State of Jammu and Kashmir. The motion was moved by a … END_OF_DOCUMENT_TOKEN_TO_BE_REPLACED