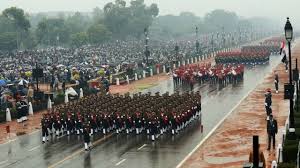 The country has just celebrated its 67th Republic Day. The President of India, as the supreme commander, reviewed the armed forces during the Republic Day Parade. Traditionally on this day, the President of India also bestows gallantry awards to such soldiers of the nation who have been found worthy of the honour, in some cases, at the cost of sacrificing their lives.

This year, President Pranab Mukherjee posthumously honoured Lance Naik Mohan Nath Goswami, 9 Para (Special Forces) with the prestigious Ashok Chakra, the highest peacetime military award of the country. The award was accepted by the widow of the brave soldier. Two Kirti Chakra, eight Shaurya Chakra and 48 Sena Medal for gallantry were also awarded. From among the award winners, eleven were honoured posthumously.

The history of the Indian Army is replete with sagas of courage and bravery. The war memorial at the Northern Command headquarters in Udhampur, Jammu and Kashmir, alone holds the names of over 11,000 fallen heroes who have fought for the nation only in Jammu and Kashmir.

If we get down to making a National War Memorial a full count of the brave soldiers who have made the supreme sacrifice for the nation post independence will be readily available, and it will be a lot more than what is recorded at the Northern Command War Memorial.

Giving the country its war memorial was one of the promises made by the NDA government which remains unfulfilled. Not one step has been taken in this direction.

Despite the demonstrated high standards of nationalism, dedication to duty, bravery and courage to the point of sacrificing their very lives it is sad to see the armed forces embroiled in debilitating and humiliating bureaucratic spats over several issues.

The One Rank One Pension (OROP) demand still remains unresolved. The problem is gaining critical proportions with palpable disaffection within the retired as well as the active fraternity of soldiers. If there is one entity to which this disaffection is not visible, it is the government.

The Department of Ex-servicemen (DESW) which is charged with the responsibility to look after military veterans does not hesitate from dragging them to court over frivolous cases of disability pension that can well be resolved through in house arbitration.

The recommendations of the Seventh Pay Commission have left the soldier’s fraternity dismayed. They feel that a conscious effort to further lower their status has been made yet again through the pay commission. The services demand for adequate representation in the commission has, once again, fallen on deaf ears.

The defence procurement procedures are so complex that the armed forces have, for decades now, been reeling under the pressure of being badly equipped. The Rafale fighter aircraft from France are yet a long way off as is the air defence equipment from Russia. The joint venture for production of helicopters in India with Russian collaboration under the “Make in India” scheme is also yet to take off.

It cannot be denied that Defence Minister Manohar Parrikar is making a valiant effort to set the defence procurement process right but the result is not visible as yet. It is apparent that there are many in line to drag down his honest efforts and good intentions.

There is no point in having mammoth establishments like the Ministry of Defence supported by the service headquarters sitting on prime land in New Delhi, while the soldier on ground is suffering due to bad equipment, inadequate pay and pathetic living conditions.

The issue of accountability and transparency is of prime importance in matters relating to defence and security? Keeping the public in the information loop are of utmost importance. The government should not be allowed to hide its inadequacies behind a veil of a self proclaimed need for secrecy.

Furthermore, if the forces feel that they are not ready for war they should come out openly with their apprehensions.

The perceptively casual and discriminatory attitude of the government negatively impacts the morale of the soldier and erodes his confidence. It creates to a gap between the soldiers and the nation that they are sworn to defend.  It leads to avoidable cynicism within the ranks of the armed forces. Due to negativity on the part of a select few, all the affection showered by the nation on to its soldiers gets negated

If the government feels that it can motivate its youth to sacrifice their lives for a salary of Rs 10000/ per month it should give no more; if the nation feels that we can do without advanced weaponry then the government should call upon the youth to join the Armed Forces and fight with bows and arrows. There is no point in debating these matters endlessly. It is not for the soldier to demand, it is for the nation to provide!

Consciousness of the soldier’s contribution to the national cause has to be ongoing rather than event and ceremony based. The nation must collectively uphold the respect, morale and fighting capabilities of its soldiers.

Defence is too serious a matter to be subject to dithering and unaccounted for delays. The leadership of the country must be firm and decisive in all matters related to security. The government must deliver on promises made and take all necessary steps to get the defense sector in order. An inability to do so in a time-bound manner will have serious ramifications for the nation.

(Jaibans Singh is a defence analyst and columnist)