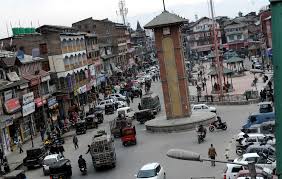 Nitin Pai, Director of the Takshashila Institution, an independent centre for research and education in public policy, has recently written an opinion piece on Kashmir titled, “What Kautilya would have prescribed for the Kashmir problem.” The piece has been carried by The Print on 30, June, 2018 and subsequently by a few Kashmir based newspapers.

A visit to the website of the Takshashila Institute reveals that no paper on Kashmir has been written in its Policy Research segment in the last one year. A search for the earlier writings by Nitin Pai on Jammu and Kashmir throws up an article titled “A new compact with J&K” written by him in 2008, at the time when the Sri Amarnath Shrine Board (SASB) agitation was at its peak.

Kashmir does not seem to be centric to Nitin Pai’s academic activities. However, being a reputed academician and thinker his thought and opinions need to be taken seriously. The points raised by him in his opinion piece merit further debate and articulation to establish their merit or otherwise.

In his opinion piece Nitin Pai speaks of, “escalated military operations along the Line of Control and hardened security operations in the Kashmir valley against civilian protestors.” He goes on to mention that, “A cold, dispassionate assessment suggests that the situation in Jammu and Kashmir has not been this bad in the past 15 years.” By the tone and tenor of his statements, it can be presumed that his concern is directed towards the security situation in the state which, he feels, has taken a turn for the worse. He, however, does not elucidate upon his point with facts and figures.

I was posted in the Headquarters of the Northern Command of the Indian Army from 2003 to 2006 and witnessed firsthand the level of fatalities due to terrorism and related violence. I can say with considerable authority that the situation was many times worse in that period than what it is now. The number of terrorists operating in the state was in excess of 5000.  On an average, five to ten terrorist were being eliminated by the security forces on a daily basis with huge casualties to own troops too. Terrorists committed unspeakable atrocities against civilians which included massive massacres on both sides of the Pir Panjal mountain range.

At that stage, with the terrorists and the security forces engaged in a fight to the finish, there were very few incidents of stone pelting or organised activity aimed at engineering disruption of normal life. Such activity started when the number of terrorists was reduced to a miniscule (as it stands now) and Pakistan needed political stooges on the streets to keep the image of the insurgency and separatism alive; thus, the disruptions from 2008 onwards that are witnessed currently too.

My personal experience quoted above can be substantiated by some relevant data. Annual fatalities in Jammu and Kashmir listed in the South Asia Terrorism Portal (SATP) in 2001 stand at 4507 and in 2015 they stand at 174. These figures have been compiled by the portal from data provided by Ministry of Home Affairs (MHA).

SATP does not have data beyond 2016. However, according to figures released by MHA, in 2017 there were 342 violent incidents in Jammu and Kashmir in which 80 forces personnel, 40 civilians and 213 terrorists were killed. The total number of fatalities that comes to 333 which is quite less than the 4507 fatalities in 2001, Nitin Pai would agree.

Nitin Pai goes on to extol the incumbent Government to “define the problem correctly.” He goes on to define the problem as a “Great Affective Divide” between the people of the Kashmir Valley and the rest of India.”  He has earlier described the problem in a similar manner in his article “A new compact with J&K” written in 2008 wherein he has stated, “But let there be no mistake: there is a great affective divide between the Kashmiri people and the rest of India.”

While Nitin Pai’s conviction about there being a “Great Affective Divide” between the Kashmiri people and the rest of India has remained consistent for a decade, several governments have changed in the interim at the state as well as the centre level.  His attempt to pontificate on the subject only to the incumbent government is not in the right spirit. He should instead carry out a detailed research and analysis to identify the reason behind the inability of successive governments to address the divide; he may be able to conclude that the fault lies elsewhere.

In conclusion of his piece Nitin Pai suggests that the government should put a stop to the, “aggressive use of force by the Indian security forces.” Being an academician, Nitin Pai he does not seem to have a correct perception of what “aggressive use of force” implies. He must deeply study what Pakistan is doing with its own people in Balochistan and its North-west Frontier to get an idea on the subject.

It is only in India that civilians can stone pelt security forces with impunity knowing full well that there will be a “non-aggressive retaliation” from the other side. It is only in India that the Army conducts counter terrorist operation with a caveat of “zero collateral damage” while giving full opportunity to the holed up terrorists to surrender. In so doing the forces buy casualties of own troops. If anything, the government of the day can be faulted for tying the hands of the security forces, it definitely cannot be faulted for aggression as Nitin Pai is suggesting.

Nitin Pai has written the article in good faith and it has an emotional appeal to it. It cannot be denied that any divide between the Kashmir people and the Indian state needs to be bridged, but a soft military approach against terrorists and criminals is not the right way to do so. Such an approach would put the lives of civilians in danger.

Those who study Kashmir closely can see that the situation is turning for the better with each passing year. The speed of change is slow because of the complexity of the problem and involvement of evil foreign forces aided and abetted by anti-national elements within. What is firmly established is the desire of the people for a peaceful existence within the frame work of the Indian Union and its democratic values. It is this major and overwhelming aspiration that needs to be leveraged.