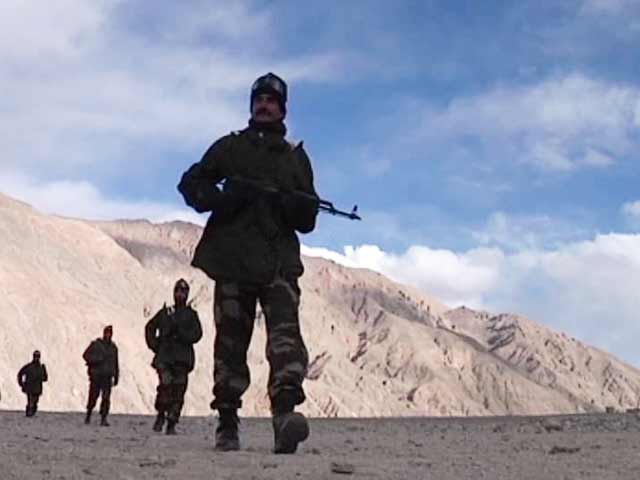 India needs robust minds and not pacifists who lose the battle in their minds even before it begins. This is what Congress and other opposition party leaders in India need to understand at this critical juncture.

Being the principal opposition party, Congress has every right to question the Modi government, but raising doubt at a time when the enemy is staring at you, is like questioning valour of troops who, despite several hardships and challenges, are standing like a rock and defending every inch of land from expansionist designs of the enemy.

Unfortunately, as Indian and Chinese troops have remained engaged in an eyeball-to-eyeball situation in several areas along the LAC in eastern Ladakh, the war of words between opposition and BJP has become shriller.

Rahul Gandhi took to twitter asking Modi Government to come out clean and tell countrymen exactly what was happening between India and China. “The Government’s silence about the border situation with China is fuelling massive speculation and uncertainty at a time of crisis,” said Rahul.

His tweet was enough to invite response from BJP leaders. Hitting out at Rahul Gandhi, BJP as usual blamed Nehruvian blunders of being responsible for India’s humiliating defeat against China in 1962. As the two rival parties continue to score political brownie points over Sino-India standoff, many a defence experts want Congress to come out of its defeatist syndrome.  ”Come out of fortress mentality of past and instead stand shoulder to shoulder with troops countering dragon in Ladakh,” said, security and strategic expert Lt Gen P S Mehta (retd).

It is over three weeks since Dragon and Elephant came eyeball to eyeball in eastern Ladakh, in what is turning out to be the biggest confrontation between the two countries after the Doklam episode in 2017. Even though Congress and many others have started questioning Modi Government for their failure to prevent Chinese incursion the situation on ground narrates a different story. New Delhi has made its intent clear by signaling that it will not compromise on territorial integrity. The Message is loud and clear, Modi Government wants Beijing to move their troops back to original position to restore status quo ante along Line of Actual Control (LAC).

Past experience with China has taught India one lesson: concessions are treated as weakness, not friendship. They want to deal with this crisis from position of strength. This in longer run will place India in better bargaining position once two nations decide to sit on the talking table. That’s why India is pursuing policy of ‘strength’ and ‘restrain’ while dealing with Beijing. While preventing a flare-up in the situation, India has decided not allow China to browbeat her interests on issues related to infrastructural buildup along LAC, especially in Daulat Beg Oldie area.

In response to China’s historically dominant military and infrastructure position in the border areas, which predates the 1962 Sino-Indian War, India has long sought to ramp up its road building capabilities under its Border Roads Organization (BRO).  India has already undertaken construction of several roadway projects in Ladakh sector. Close to 61 roads along the India-China border totaling 3,346 km have been constructed. In particular, roads built through the finger area of Pangong Tso region, and connecting Darbuk-Shayok-Daulat Beg Oldie.

This is what has perturbed Chinese regime and finally led to knee-jerk response from their side in Ladakh sector. Their concern is that road will give Indian troops access and mobility in the area and will also help them keep an eye on Lhasa-Kashghar road that runs through Aksai Chin.  Beijing may have hoped that its surprise mobilisation at three points in Ladakh and Sikkim will result in a quick round of the misnamed Chinese checkers. Instead India’s firm resolve has checkmated Chinese strategy.

Going by Indian counter mobilisation and defence strategy, Indian response to Chinese aggression in Ladakh is both adequate and appropriate. To enhance combat capability, the Indian Army has already moved in additional troops,, equipment and weapons like artillery guns to aggressively match up to the Chinese build-up. Besides this the Indian Air Force has been keeping a strict aerial surveillance in the disputed region.

Realizing India’s strong resolve, China seems to have realised that escalation of the situation will prove counter-productive for them and has therefore decided to look for an amicable solution. Now question arises who will blink first?

Hit them hard, where it hurt them most, is new mantra which many a people here in India are suggesting to target China’s economic interests in India. To defeat China through wallet was first proposed by Sonam Wangchuk, an innovator from Ladakh. He suggested that best option available with people of India to defeat China’s misadventure in Ladakhw  by boycotting Chinese goods. This argument has many takers here who feel that y inflicting China pain on economic front will be India’s gain. That is one of the reason that this campaign has picked up momentum and many a people have already made up their mind to say no to Chinese products.

This argument is based on facts that China is India’s one of the leading trade partners and constitutes 9 percent of India’s total export and 18 percent of total merchandise imports. There is lot of import dependency on China for a range of raw materials related to basic chemicals, agro-intermediates and critical components related to auto, durables and capital goods.

Sonam Wangchuk and many others suggested Government to decrease this dependence on China for import of raw material etc by giving fillip to Make in India campaign.  will go a long way in breaking China’s monopoly in market.

There is no need to be pessimistic. Strong leadership with military thinking in foreign office will turn the table in India’s favour. From initial aggression by China to striking a reconciliatory chord with India, are positive indicators in this direction. Talks are seen as only way forward and viable solution at this stage. Both are looking for an amicable solution to end the impasse. Already back channel diplomacy is at work. Both countries very well know that they have so much to lose in military conflict. At the end of day their interest is to prioritise their economic recovery – hit hard by lockdown following Covid19 outbreak – and avoid military escalation.

(Pradeep Dutta is a reputed J&K Based journalist)