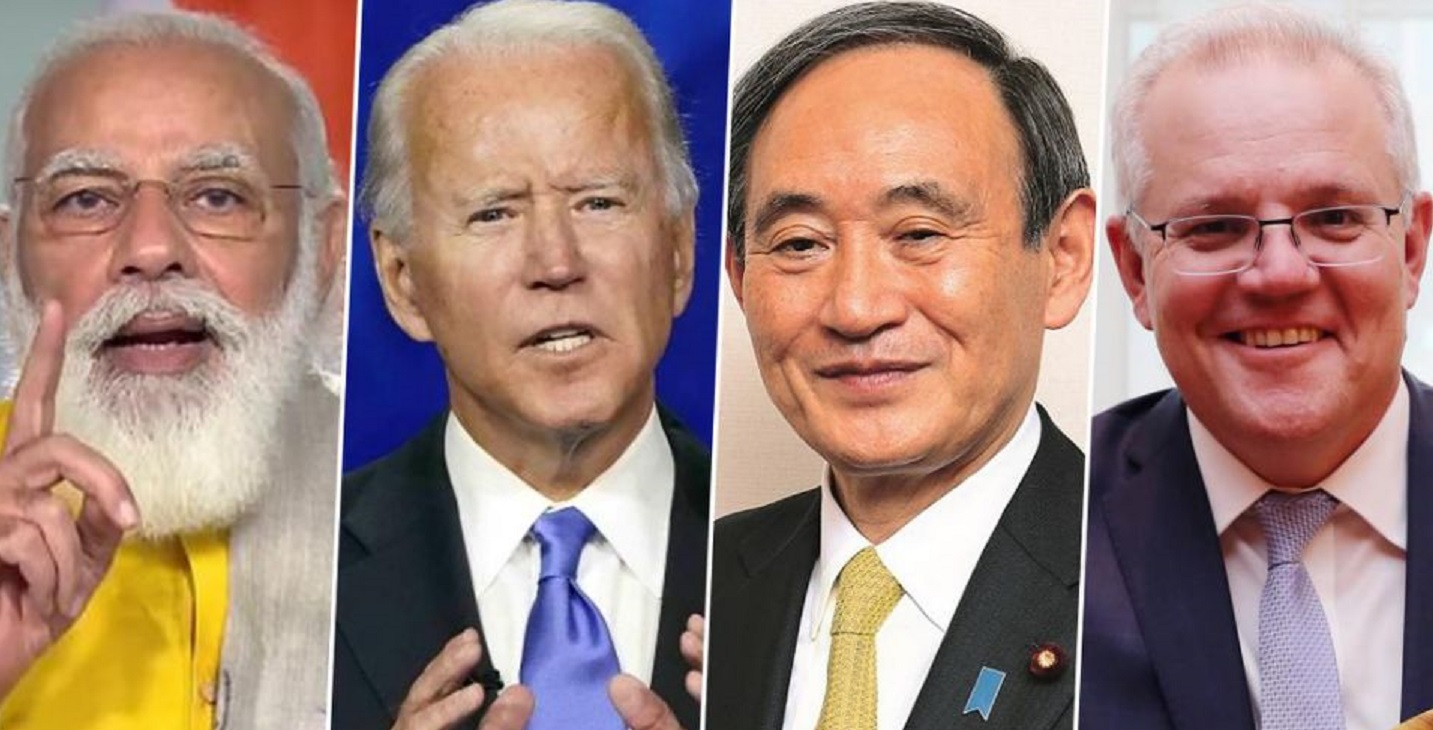 On 26 December, 2004, a Tsunami in the Indian Ocean region caused unprecedented devastation and a humanitarian crisis. Hundreds of thousands were killed and millions displaced. Major democracies to include  India, Japan, Australia and the United States got together to put up a concerted response to the crisis. The cooperation was given the name “QUAD” and was basically meant to tide over the crisis. It, however, survived beyond  and has slowly emerged as a significant alliance.

China did not want any such grouping emerging in its backyard and used every trick available to derail the same. In 2008, Australia walked out due to pressure from China. The US too was not very interested since it did not consider China to be a strategic threat to its superpower status and had vital trade relations with the country. India too preferred to remain cautious since none of the other members have contiguous borders with China, although Japan does have a territorial dispute over a few islands.

The QUAD got a big boost when Quad 3.0 was organised on 12 March 2021, as a virtual summit. It was attended by Prime Minister Narendra Modi; US President Joe Biden; Prime Minister Scott Morrison of Australia and Prime Minister Yoshihide Suga of Japan. The meeting is seen as a major step in politically consolidating this group.

There are a few parameters that make this summit significant. First, President Joe Biden accepted to be a part of these talks within a few months of taking over thus giving a clear message of his commitment to the Indo-Pacific region. Second, issuing  of a joint statement; in the earlier two meetings the countries gave out separate statements.

The joint statement speaks extensively about  core issues that QUAD is seized with like climate change, health, challenges posed by emerging technologies etc. The crunch comes at the point where it speaks of a,  “shared vision for an Indo-Pacific region that is free, open, resilient and inclusive,….. accessible and dynamic, governed by international law and bedrock principles such as freedom of navigation and peaceful resolution of disputes…. to advance security and prosperity and counter threats to both in the Indo-Pacific and beyond.” It is the end word “beyond” that drastically increases the scope of the QUAD. There is also an indication that select partners in ASEAN (Association of Southeast Asian Nations) and Europe will be invited to work together with the QUAD in the future.

Also of importance is the message given with respect to joint effort to administer the COVID vaccine in the region. India, having already given about 23 million doses of the vaccine to poor countries emerged in the forefront of this initiative. QUAD has committed to work in partnership to ensure that vaccines are administered throughout the Indo-Pacific region by 2022. A decision to manufacture US vaccine in India to provide one billion doses to the Indo-Pacific region has also been put on the table.

Interestingly, the situation in the Eastern Ladakh along the LAC between India and Pakistan was also discussed. President Joe stressed on “the commitment to ensure that the region is governed by international law and is free from coercion.”

That China is disconcerted by the turn of events can be gauged by the statements emanating from the country’s propaganda machinery.  “India will become cannon fodder for the US,”  said their primary propaganda vehicle, Global Times, adding, “It seems India has failed to understand China’s goodwill. It is in fact, carrying out a kind of strategic blackmail against China.”

The statement is a classic case of “pot calling the kettle black.” The fact is that India has consistently attempted to build a healthy relationship with China and the latter country has always responded with belligerence. Apart from its misadventures along the Line of Actual Control it is known to look for alliances with countries like Pakistan, Afghanistan, Iran etc that are directed against India. Now that India is paying back in the same coin, China is not liking it one bit.

QUAD has taken long to come but it has come with a bang. Earlier  it was consumed only by issues of well being but post the meeting of QUAD 2.0 in 2017 there was a significant upsurge in Joint Military and Naval exercises and working on what was termed as a, “peaceful world order based on international laws including economic and humanitarian cooperation.” Now, with QUAD 3,0 it has taken a new, more dynamic dimension.

QUAD provides to India an opportunity to emerge as a significant force in the multilateral order of the world but it does not really address the existing security concerns of the country so far as China is concerned. However, India has been dealing with a recalcitrant and abrasive China since much before QUAD came into existence. Despite the QUAD 2.0 protocols being in place China went for the eastern Ladakh misadventure and India was able to not only contain its belligerence but also compelled it to agree to a withdrawal to status quo ante. India will need to remain ready for similar confrontations in coming times. The US and QUAD may be depended upon to intervene to curb expansionist designs of China but issues like the long standing border dispute between Indian and China will need to be resolved bilaterally.

It can be said in conclusion that earlier India was reticent in reaching out to such forums due to the need to not ruffle China’s feathers. It did not pay much dividend since China did not relent from its malevolent activities. Now India has chosen to move on her international affiliations independent of Chinese pressure. QUAD has added to the power that India wields in the international forum. The wording of the Joint Statement is such that will put some restraint on the expansionist designs of the communist country. However, India needs to remain very alive to the fact that when push comes to shove so far as China is concerned, she will be on her own. Hence the need to stay alert and militarily ready.

(Hardip Bedi is a senior journalist and columnist)