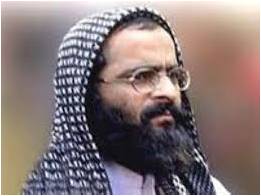 “Do not politicise the issue”, said the Congress leader Digvijay Singh repeatedly while answering queries about the execution of Afsal Guru, one of the masterminds behind the terrorist attack on the Indian Parliament in December, 2001.Unfortunately, ever since news of the execution broke out on February, 09, 2013, it is only politics that are being played out by one and all. What is the political agenda behind the execution of Afsal Guru? Was he given a fair trial? What will be the fall out in the Kashmir valley? These and a plethora of other subjects continue to be dissected in the electronic media; the newspapers of February, 10, are, predictably, full of various opinions on the subject and magazines to be published at a later date will also dwell on the same in great detail.

Is there any need to give so much importance to a matter that is purely in the law and order domain of the country?? The Congress party nominated a battery of spokespersons to hop from studio to studio to give sound-bites on the execution. Was this necessary? The ruling party had merely implemented, and that to rather belatedly, a judgement meted out by the courts of the country with regard to a person who was party to waging war against the Indian nation and its people? A press release saying that all procedures laid out by law had been followed to the letter would have been enough. By coming out in the media the ruling coalition, especially the Congress, has proved that it is out to gain political mileage form the execution.

Thankfully, the response of the main opposition, the Bhartiya Janata Party, was muted. It expressed satisfaction at the implementation of the court’s verdict while saying, very rightly, that the same should have happened a long time back. All other national political luminaries came on air simply to register their presence under the sun and to take advantage of the hanging of a human being to get some media limelight. They could have avoided this exercise by getting a party spokesperson to send out a press release giving the party line on the subject.

Since Afsal Guru hailed from the Kashmir valley of the state of Jammu and Kashmir, Omar Abdullah, the Chief Minister of the state, had an important role to play in the proceedings. For long, Chief Minister Omar Abdullah had held back the implementation the decision of the Indian Courts to execute Afsal Guru by predicting chaos in the Kashmir valley as a consequence to the hanging. The fact is that this prediction was based on a flawed assessment. The Chief Minister was not talking of the entire state which includes the Jammu and the Ladakh regions in addition to the Kashmir valley. He also failed to elaborate that trouble would be expected only in a few urban centres of the valley. Such trouble could be expected from other places in the country also, it did not constitute a reason to delay implementation of the orders of the court. Now, after the hanging, curfew has been imposed only in ten out of the twenty two districts of the State and these have also not reacted as violently as predicted.

Chief Minister Omar Abdullah has not hesitated from drawing political mileage for the hanging. Instead of coming out with an official appeal to the people to maintain calm he deemed it fit to speak in various channels and also send some members of his party to take part in panel discussions. While bearing an onerous responsibility of this nature and under such challenging circumstances, how he gets the time or the inclination to indulge in such activities is quite a mystery? On top of it the chief minister has used this opportunity to take political pot shots against his current bête noir, the Indian army. He is emphatic in declaring that the situation is being handled well enough by the JK Police without calling out the army. By so saying he is blatantly furthering his agenda of proving that the state can do without the armed forces special powers act, very sad indeed.

The role of the media also leaves much to be desired. One heard some radio jockeys making obnoxious references to the hanging as if it was a cricket match won by India against Pakistan. The electronic media, as is the norm, went overboard in calling all sorts of so-called experts who dwelled long on inane issues. It is really difficult to decide as to who is exploiting whom and for what purpose. Is the media exploiting the politicians and the intelligentsia for the sake of sensational copy or are the latter exploiting the media to get free publicity? Either way it serves no purpose in the long run except for reflecting both establishments in poor light

To discuss the hanging of Afsal Guru in an insensitive manner amounts to dehumanising the person after his death and is something that goes against the civilised norms of an enlightened country like India. Afsal Guru had to be hanged in accordance with the law of the land; this was a professional requirement that imposed on the state a burdensome and sad responsibility. Now that the deed is over and done with, the nation needs to introspect on the reasons that led to the creation of an Afsal Guru in the first instance. One can look at the hanging of Kasab with some equanimity since he was a foreigner. Afsal Guru was an Indian gone astray; surely, what has happened is not something that India should be happy about. The nation should give some dignity to the person in his death and resolve to ensure that no more Afsal Gurus are born in the country ever again. Instead of discussing the hanging till the cows come home this is the challenge that should be posed to the leadership of the country.