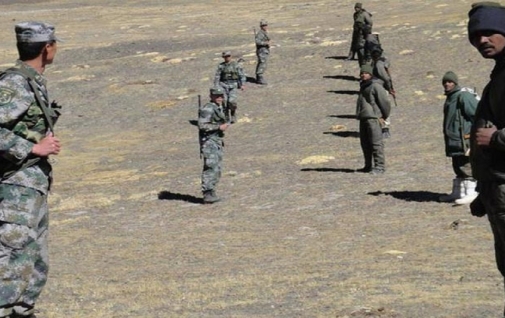 “Desperate men do desperate things,” these words ring in the ears with regard to the series of misadventures that China is indulging in the critical COVID environment. Apart from its international isolation due to deceit and treachery in management of COVID-19, China is facing an existential crisis on several fronts including shortage of food for its huge population,  falling demand for its industrial products, frustration due to the failing One Border One Road (OBOR) initiative on which it has spent trillions of Dollars, no gains from BRICS, no new markets, setback to industries in Wuhan etc.

China is known to get belligerent when it gets into a crisis, it feels that a show of strength and more importantly masochism would see it sail through. Accordingly, in the face of its recent crisis, the country is hitting out wildly at all those from whom it perceives a threat. Its recent belligerent action on its Line of Actual Control (LAC) with India is one such and by far, the most critical misadventure in the current round.

The sequential and escalating events along the LAC  began on 05 May with a confrontation of soldiers of both armies in Eastern Ladakh. Such altercations are routine, even though this one was more aggressive than normal with injuries due to stone pelting sustained on both sides. It got resolved at the local level only to erupt again, the very next day, at far off Naku La in North Sikkim.

Even as it became quite apparent that China was in an antagonist mood, the Indian side opted to play it cool. China, sadly, was in no mood to roll back and reports started coming in of escalated incursions along the Pangong Tso Lake and the Galwan Valley in Eastern Ladakh. China moved in troops, built temporary structure and bunkers, activated airfields and used Helicopters as what it calls a response to “illegal constructions of defence facilities across the border into Chinese territory by India.”  According to reports, India has recorded ‘transgressions’ in Pangong Tso Lake, Trig Heights, Burtse, the Doletango area and the Galwan Valley in Ladakh as also at strategic points in Sikkim.

In its contention, China is referring to the Darbuk-Shayok-Daulat Beg Oldie road built by India in the Galwan Valley as a reason for its ire. The road, however, is well within Indian territory, away from the LAC and in an area that is under no dispute. In fact, by moving so far into undisputed Indian territory to take up key positions along the road, China has made a gross violation of the LAC protocol. The country is not ready to admit so and is now using gross misinformation and propaganda to justify its act. Notably, the border issues have been there for long and the buildup of infrastructure in the Galwan Valley by India has also been going on for quite some time; so why this very belligerent action at this point in time?

It looks to be a part of the international land grab grand strategy chalked out by the Communist Party of China under its all powerful leader, Xi Jingpin, who is General Secretary of the Communist Party of China, Chairman of the Central Military Commission and President of the People’s Republic of China. The Peoples Liberation Army (PLA) of China is more a political tool in his hands than a force dedicated to the defence of the country. It acts as the muscle power of XI Jinping wherever and whenever required and is, thus, the largest land grab mafia in the world. There is, after all, no justification for the PLA to be holding a strength of two million plus. Where does the government (Xi Jinping) wish to utilise this huge manpower?

It is well known that China converted Pakistan into a vassal state through its China Pakistan Economic Corridor (CPEC) project and the huge loans that have been disbursed to the beleaguered country. It has ventured into Africa in a big way and has huge unresolved issues in Hong Kong and Taiwan. At this point in time when the world is immersed in the challenge posed by the Corona Virus, China has been busy pursuing an aggressive posture in the South China Sea. it displayed its aggressiveness by sinking a Vietnamese fishing trawler near the Paracel Islands in early April. This deeply abrasive act was followed by renaming of 80 islands, reefs, seamounts, shoals, and ridges in the South China Sea, triggering angry complaints by the affected countries and international disgust.

Along with land grab China is also attempting to acquire controlling stakes in companies all over the world. It is something that has raised international hackles. Spain, Germany, Italy, Australia and others have clamped down on such investments.  India’s change in FDI rules to stem Chinese predatory trade is in line with the international perception. These act, however, has  irked China and may have propelled the misadventure along the border.

China has been consistently refusing to sit across the table to resolve its decades long boundary dispute with India. Instead, it keeps registering pinpricks along the LAC. The actions are taken on  a wide front ranging from Ladakh to Sikkim and Arunachal, with a special treatment reserved for the Aksai Chin area.  The level of border aggression against India has witnessed a profound escalation in recent times as exemplified by the Doklam crisis two years back and now this ongoing imbroglio.

As things stand the situation along the LAC seems to be worsening. The troops of the two countries are eyeball-to-eyeball and now there are reports of troop reinforcements being ordered by both sides. The fact, however, is that the Indian Army in a position of tactical and strategic advantage and yet it is exhibiting more restraint and maturity – an external calm while maintaining internal strength. This is a well thought out strategic move, whereby, India is not being seen as the wrong doer and is yet maintaining a defensive and strategic balance. The top Indian leadership is keeping a close watch over the situation and is well poised to take all such decision that would be in the interest of the country in the tactical, strategic and diplomatic domain.

There are two things that are now amply clear. First, the time has come to resolve the border issues once and for all, Second, China can never be trusted and hence the need to remain ever vigilant while increasing own strength.

(Jaibans Singh is a reputed geo-strategic analyst, columnist and author)