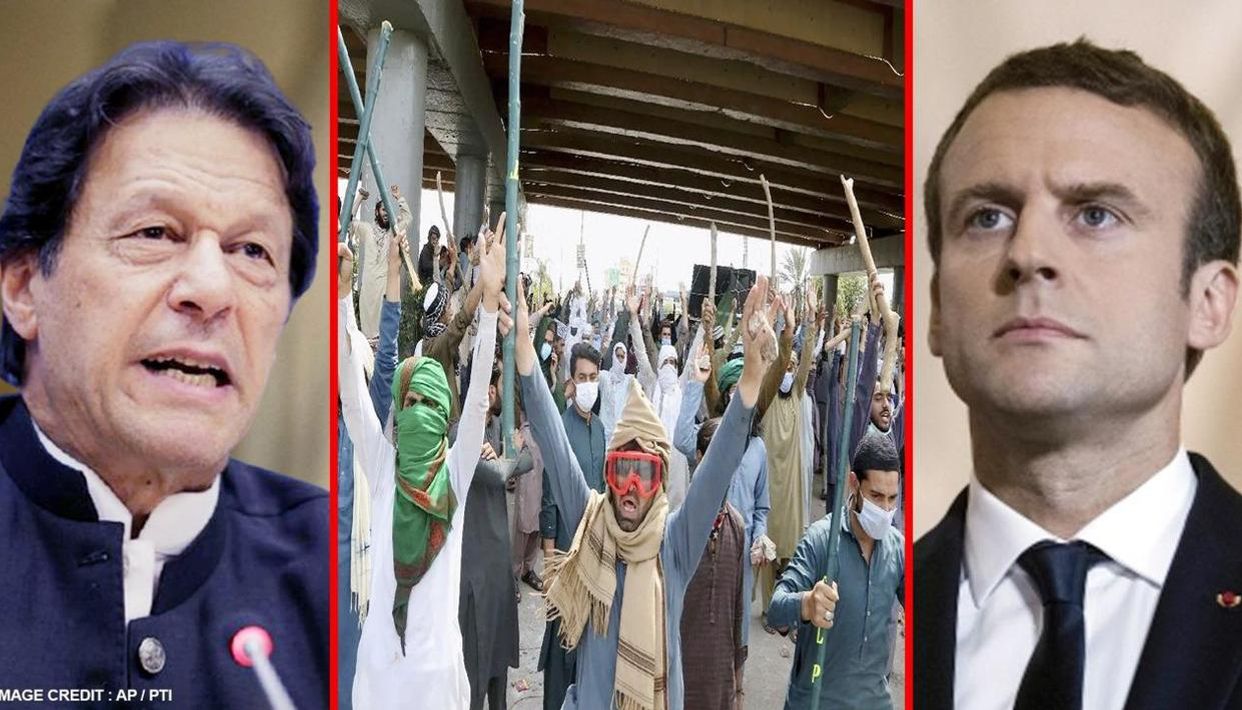 Pakistan, with its abrasive postures toward all the major crises that the world is grappling with, is walking on a thin line. The country is indulging in negative and unsubstantiated propaganda and taking sides in international conflicts in a manner that gives rise to passions rather than diffusing the situation. It is going against the international thought process in too many such cases.

Indian is fighting courageously against an unprecedented spike in COVID and the entire world has come forward in support, Pakistan however is resorting to divisive innuendoes that can trigger internal unrest in India.   “India has failed its people because of five major factors: poor governance, a disregard of lower classes, a confused and fake leadership, bankruptcy of morality, and hiding of health data. These are covered in detail here,” says Adeela Naureen, a Pakistani journalist in The Express Tribune, while giving a detailed exposition of mismanagement and poor governance. The article does not quote any facts, figures and instances to substantiate the allegations being made.

The narrative that Pakistan is peddling is blatantly propagandist in nature. It is directed towards creating doubts in the minds of the poorer section of the Indian society with regard to the seriousness of the Indian government in looking after their interest. The intention, very obviously, is to instigate the poorer sections of the Muslim population.

The second propaganda offensive of Pakistan is directed towards the state of Israel. While the rest of the world is working 24/7 to bring about a rapprochement and ceasefire, Pakistan is busy spouting anti-Zionist venom. Even as the news of a ceasefire came by, Pakistan continued with calls for Jihad against Israel.  In an address to the Pakistan Parliament, Asma Qadeer, a member of the National Assembly of Pakistan claimed that Israel has been ‘torturing women and children’ and in the fight back the first step should be to wage ‘Jihad’ against the Zionists. “Palestine Day” demonstrations have been held across Pakistan and the country’s foreign minister has been accused of “anti-Semitism” during a US television appearance.  “The people of Pakistan and the government of Pakistan stand by the people of Palestine and … we strongly condemn Israeli aggression against innocent Palestinians and also the [raiding] of Al-Aqsa Mosque,” said Pakistani Information Minister Fawad Chaudhry. Such statements leave no doubt about the posture adopted by the country.

Internally, Pakistan is going more and more into the hands of fundamentalist organisations like the Tehreek-e-Labbaik Pakistan (TLP) that has been orchestrating massive demonstrations and agitations across the country. It is insisted on the expulsion of the French Ambassador, due to the crackdown ordered by the French President on the fundamentalist Muslim organizations in France that are of fomenting terrorist violence. Its posture and demands are causing serious diplomatic fissures between the country and Europe.

The TLP has the complete support of militant organisations like Lashkar-e-Toiba (LeT), Jaish-e-Mohammad (JeM) and Tehreek-e-Taliban Pakistan (TTP) among others. While maintaining its political mask the TLP is also a feeder of radical volunteers for the militant groups. It has given a new impetus to the militant war lords in Pakistan who are now looking towards seizing complete political power while continuing with the build up of the huge and lethal personal armies. It can do so since there is no dearth in Pakistan of weapons and war like stores or of political support to such disruptive activity.

With the TLP gaining dominance the possibility of Pakistan adopting even more stringent postures on world affairs and especially so against India is becoming more intense. It would be a part of the country’s policy to attain a dominant position in the global Islamic affairs now that many other Muslim countries like Saudi Arabia and veering towards a more moderate stand. It wishes to create strong bonds with the obscurantist Sunni elements worldwide. In the core of this attempt is the aspiration to keep the Kashmir issue alive among more radicalised elements of the Muslim world. In this attempt Pakistan has the complete support of Turkey under its fundamentalist President Recep Tayyip Erdoğan. Its second big ally in this malevolent plan is China that always remains content when Pakistan is brewing trouble the world over as its proxy.

While veering recklessly on the aforementioned collision course Pakistan seems to be quite oblivious of its tottering economy and the terrible deprivation being faced by its people reeling under unfettered inflation with shortage of just about everything. The country is incapable of running its government if it does not get financial support from a few friends who are also fast decreasing in number. Very soon it will, once again, come under the scrutiny of the Financial Action Task Force (FATF) where it has been on the Grey List for a long time now. With the stringent stands taken in recent times, its downgrading to the “Black List” is very much feasible. This would be the final blow to its tottering economy.

India needs to revisit her policy of dealing with Pakistan. The country cannot be allowed to peddle its falsity that shows India in a bad light internationally. India is recognised as the largest and most vibrant democracies in the world and for it to be denigrated by a failed state is simply not acceptable. Also not acceptable is Pakistan’s attempt to position itself as the world leader of radical Islam since such a position would bring turmoil and insecurity to our very doorstep.

It is time for the Indian Ministry of Foreign Affairs (MEA) to contest not only Pakistan’s incorrect Kashmir narrative but also all other propagandist activities however small and reprehensible they may be. This includes the ongoing propaganda on the COVID situation in India. By maintaining what India looks upon as a dignified silence the neighbouring country is being given a free run for its evil machinations.  The world needs to be sensitised about the danger that Pakistan is posing to work peace and security and this duty falls upon India.