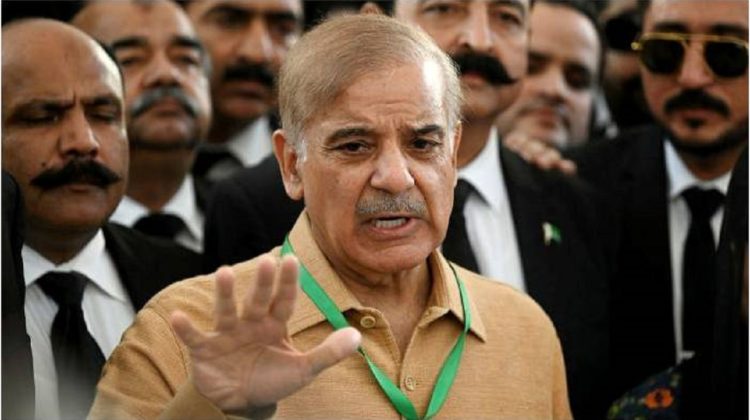 Pakistan is desperately trying to build bridges with the United States; the foreign minister of the country, Bilawal Bhutto, recently visited the US, hat in hand. Not much was expected to come out from the visit since the US is reconsidering  its priorities with regard to AfPak. Then Pakistan played its typical duplicitous masterstroke. In order to mend bridges, the country allowed the US to use its soil for killing the al Queda leader, Ayman al-Zawahiri. The killing of the terrorist is welcomed, however, the incident also indicates Pakistan’s desperation and anxiety. How the Muslim world will react remains to be seen.

Such desperate short term measures are unlikely to change the tenuous economic and social condition of the country. The fact remains that Pakistan is a disaster waiting to happen and the bubble is set to burst anytime now. The stark reality is that the country is grappling, rather unsuccessfully, with a host of social, economic, political and, most significantly, security issues.

The newly installed Shahbaz Sharif led government was shaky from the word go and has not gained much in terms of stability with the passage of time. The streets are today dominated by former prime minister, Imran Khan and his party workers who are at their best when it comes to creating political turmoil.  The ruling coalition is not as much interested in governance as it is in preparing for the next election. As a result, the prime minister and his small set of not too efficient ministers are left to handle the burgeoning crisis.

What is not being understood is that the situation is beyond the control, and more so, the capacity of the current leadership in Pakistan, regardless of the party in power. If the Imran Khan government was corrupt and ineffective, the replacement is no better.

It is well known that the Pakistani elite comprising the feudal and political families of the land, the business magnates, bureaucracy and judiciary has been responsible for the endemic governance deficit marked with corruption and nepotism, which has led to the complete erosion of work ethic and rule of law in the country. This elite cannot go against the super elite (the rulers) which comprises Generals (retired and serving) of the Pakistan Army and the militant warlords who are possibly stronger than the Army.

The battle for resurrection, therefore, is lost before it can even begin. This aspect is best exemplified by the Pakistani attitude towards the grey list designation given to the country by the Financial Action Task Force (FATF). The same is continuing for years on end since neither the Army (ISI) nor the militant warlords are ready to shed their terrorist “assets.” People and their problems are secondary.

Let us take another example of the callousness of the army and the warlords. For some unfathomable reason Pakistan has been dependent upon Ukraine for wheat despite having the most fertile lands of its own. Now there is a crisis of supply, but it can be resolved very easily by reaching out to India. This simple solution that can considerably stabilise the acute food shortage in the country simply cannot be considered due to the rigid and blinkered thought process of the extra-constitutional powers against whom no government of the country can stand.

Anybody attempting to raise a voice against the “establishment,” is  brutally put down. The worst form of targeting is reserved for the media. Attacks against journalists are commonplace in Pakistan and nobody seems to be questioning them. A senior Pakistani journalist, Matiullah Jan, was abducted on July 21, 2020, just because he tweeted about the face-off between the ISI and Islamabad High Court Judge Justice Shaukat Aziz. Recently, another senior journalist, Ayaz Amir, was beaten up by masked men in Lahore a day after delivering a speech on ‘Regime Change and its Fallout on Pakistan.’ There are so many similar cases which imply that Pakistan is now behind an iron curtain.

The economic situation of the country is such that even the best and most committed economic pundits cannot turn it around in the near term, what to speak of the ham-handed politicians.  The dismal situation is quite evident from the economic parameters – hardly $8 billion in foreign exchange reserves; a trade deficit of $50 billion, a 57 percent increase over the previous year; inflation at 18% and exports at a meagre $32 billion; the Pakistani rupee is in free-fall. How can the country survive? The skyrocketing prices of fuel, gas, electricity, food, and medicines are putting tremendous strain even on upper middle class families, what to talk of the poor and marginalised. 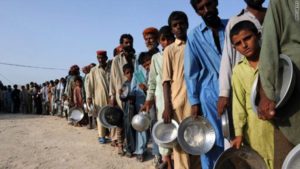 Pakistan’s Islamic country card is not working since its standing in the Islamic world has taken a hit because of the worldview about the internal situation of the country. Countries like the UAE and Saudi Arabia are fast building a new image in which Pakistan and its regressive policies have no place. The Ayman al-Zawahiri  incident will probably put the last nail in the coffin.  All eyes are now towards China from where a $25 billion aid package is dangling for Pakistan.

It is necessary for the people of Pakistan to understand that the same Sharif family which sold out the country to China in the form of the China Pakistan Economic Corridor (CPEC) is once again in power. There is every possibility of this family ensuring that the enslavement of Pakistan by China is complete and irrevocable.

India shares with the world a concern about the nightmare that a failed Pakistan entails. The example of Sri Lanka is there for all to see and Pakistan will be multiple times worse, in view of the larger population base and nuclear status. Already violence incidents in Pakistan are at an all time high, any further deterioration will be catastrophic. There is, therefore, no reason to be pleased about the deteriorating situation over there.

The situation can be retrieved with an honest , transparent effort by the Pakistani leadership that keeps the people above regressive self serving policies. Once the first step is taken, the world led by India will definitely step in to help. The question here is – will the Pakistani leaders see the writing on the wall and take necessary steps to save their own country?

(Jaibans Singh is a strategic analyst, columnist and author)