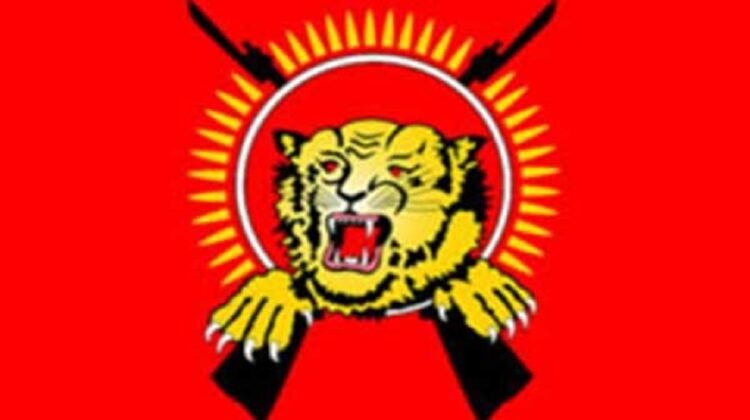 We had been deployed in Sri Lanka as part of the Indian Peacekeeping Force (IPKF) since end-July 1987. By end-September, the situation seemed to be taking a bad turn and finally on 10 October 1987 IPKF was ordered to forcibly disarm/neutralise our friends till then, the Liberation Tigers of Tamil Elam (LTTE).

On 10 October 1987, at approximately 2 pm Col Surjit Dhillon, my commanding officer, hurriedly called a meeting of the officers. We reached his tent and he told us that orders had been received to attack and destroy the LTTE  camps and hideouts. He gave me the order “Lalit, you tonight will destroy the LTTE camp at Pallamadu Jungle.” He thereafter told me that the information received from the higher headquarters stated that the camp was located deep inside the jungle and was a big logistic camp having many LTTE fighters.

“Lalit for fire support you have two BMPs which are likely to reach by 5 PM.”

I said, ”Sir this area is in the Area of Responsibility (AOR) of the Charlie company and I have never been to this area.”

“No issue, prepare your company and call me for briefing when ready.”

I was deep in my thought when I reached my (Delta) Company and ordered my second in command, Lt Thomas and senior JCO to get the company ready for my briefing at 5 PM.

In my seven years of service I had never faced a situation where there was no information about the place, and the enemy. Backed by my experiences of operation in Manipur, Nagaland  and Punjab, I sat down to prepare my orders/briefings. I realized that in the prevailing situation I could not carry out an attack as location was not known. Raid was out of question as there was no information about enemy and layout and hence I decided to conduct a search and destroy operation.

I started my briefing at 5 PM and assigned tasks to each platoon, detachment and party. The two BMPs had arrived and this was my first encounter with the BMPs and their capabilities. The most difficult part of my operation was to reach the LTTE camp. I was confident that I had trained my company very well to meet any challenge and we were a very closely knit team where my company personnel understood every move of mine.

I decided to cover 15 kms by transport and to cover the balance 5 kms to the edge of the jungle on foot. I had knowledge about the weapons of the LTTE like the AK-47 rifles with under barrel grenade launchers, machine guns, improvised explosive devices and small and heavy mortars. I had carried out a study of the LTTE operations against the Sri Lankan army and other terrorist groups and knew that they were terrific and hardened fighters, who were adept at fighting, inflicting maximum damage and then run away. I decided to achieve total surprise and catch them off guard. I inquired from my CO if any Arty fire support was available, to which he said no.

I recalled all my experience of operations in the jungles of Manipur and Nagaland as a young officer and also the operation of Blue Star in Amritsar. I had decided to conduct a search and destroy mission. I had not seen the area and started visualizing in my mind the type of jungle and the layout of the camp.

I recalled that in August 1987, when we had been deployed to protect the Madhu Church located in a jungle area I had become very friendly with the priests and the Bishop.  We discussed the prevailing situation.  Few LTTE cadre used to visit the vicinity of the church  from the area of Pallamadu and hence I had some idea of the location in relation to Madhu Church. The priest had given me one silver coin saying that the coin has blessing of the Lord and to keep it with me always.I now placed the coin in my left pocket and set out for the operation with my company.

Searching for the LTTE hideout

We started our move by vehicles shortly after midnight at at 12:30 am with the BMPs following our vehicles. It was pitch dark and we moved at slow pace with only dipper (hazard) lights on. We reached the debussing point at 2 am and after my final check and coordination we set out on foot hoping to hit the probable site of the hideout at 2:30 am. My plan was to cover the distance in ninety minutes time, however within a few minutes it started raining and within a short time the ground became excessively slushy making movement very slow and tedious. It took us two and half hours to cover a distance of 5 kms to reach the edge of the jungle.

On reaching the edge of the jungle the main task of searching for the hideout/camp commenced. I knew that the action could start any time and we could come under fire from any direction. I told Lt Thomas Chacko, to stay put at edge of the jungle and besides being a reserve act also as a stop party for fleeing terrorists. Thomas requested me to allow him to come inside the jungle but the history of the Battalion was weighing on my mind. As a coincidence, my unit 5 Maratha LI had lost its youngest officer in the two wars since independence. In 1965, we had lost Lt Rony Sherewat and in 1971 Lt Ghanekar. I wanted to keep Thomas safe, hence I ordered him to stay put at the edge of the jungle with No. 12 platoon.

Sniffing to find the hideout

We entered the jungle unsure of the location of the hideout. We started walking one after another looking for tell tale signs but by 05:15 am there was no headway. I called my commanders of No. 10 and 11 platoons and told them to tell all soldiers to start sniffing for excreta smell. I presumed that just before first light some of the LTTE persons would go for morning jobs and urinating in the open areas as was the habit of the locals in the area. It was a very unusual demand but within ten minutes it paid dividends. Some soldiers told me the direction from where the smell was coming. We now turned in an easterly direction and soon I found a footpath. We cautiously started moving forward and by 5:45 am had reached the place which appeared to be a slightly open area.

I had been terribly worried from 5 am onward whether I would be able to locate the camp and destroy it and if not how will I show my face to the soldiers and officers for failing in my task. The thought was heavily weighing down on me. No specific  time can be fixed for such operations but I wanted to start the attack just before first light which was at 6 am. The darkness had started reducing and at a distance of approximately fifty meters ahead on the track I could see a barrier and sentry type of post. I positioned my troops in the attack mode. The noise due to the movement alerted the sentry and I saw a person come out of the post with rifle in his hand and making sounds as if to shoo away the wild animals.

I ordered my scout to fire at him and on radio gave orders for firing on hearing the shot from my party. The scout’s shot missed the sentry and he ran inside the camp continuously firing bursts from his AK47. Within a minute all hell broke loose. There was massive retaliation from the LTTE. The heavy exchange of fire of rifles, light machine guns and mortars continued and both sides were pinned to the ground. I ordered my troops to start moving towards the LTTE camp. The jungle undergrowth was hampering the vision as also the movement. I ordered the 84mm rocket launcher to fire at a vehicle parked behind the barrier from where heavy firing was coming. He accurately fired at the vehicle but the round hit roof of the vehicle. I wanted to convey the orders to my platoons but found the radio operator missing. I now had to move from soldier to soldier to give them instructions.

After a few minutes I found my radio operator Pillary who had lost sight of my movements due to the jungle and firing. As I was talking to the commanding officer telling him about the situation a mortar shell fell 5 feet from me. In a second I thought all was over but then God has his own ways as the shell did not explode. We quickly moved away from there.

On entering the camp we encountered firing coming from the northern direction. The living area of the terrorists was approximately 100 metres behind the gate and they were firing from there. We encountered their signal communication centre which had a long antenna protruding out. Inch by inch we moved forward till we came to the living accommodation area. The area was slowly cleared by us and by 8:30 am the firing had died down. From the quantum of firing and size of the camp it appeared that ten to fifteen people were staying in the camp. I now asked Lt Thomas to come up and organize the search of the camp. We immediately reorganised ourselves and I was extremely happy to find that all my soldiers were fine. We had not suffered any fatal casualties. The search of the camp revealed that four LTTE terrorists had died and possibly few injured as blood was spilled at some places. We recovered huge quantity of arms, ammunition, and signal equipment. We took control of two vehicles, a minibus and a small pickup truck. The camp had rations for at least ten people for one week. Lt Thomas organized the search very efficiently and now we started waiting for the CO’s party to marry up with us.

The commanding officer’s party came to the camp location by 11:30 am. He saw and hugged me for successful completion of the operation. He saw my uniform which was torn and had blood stains on it. He gave me his spare dress to change. I changed into the new dress which made me look like a tramp because I was a slightly built person weighing 55 kgs and my commanding officer was a well built person weighing 75 kgs.

We started back at 1 pm and reached our base location by 2 pm. There was happiness all over and congratulatory messages coming from 47 Infantry Brigade and 54 Infantry Division. At 6 pm the CO called me again and said very reliable information had come of LTTE cadre in a church area and I told him “No problem sir. Tomorrow that area too will be cleared of the LTTE fighters.