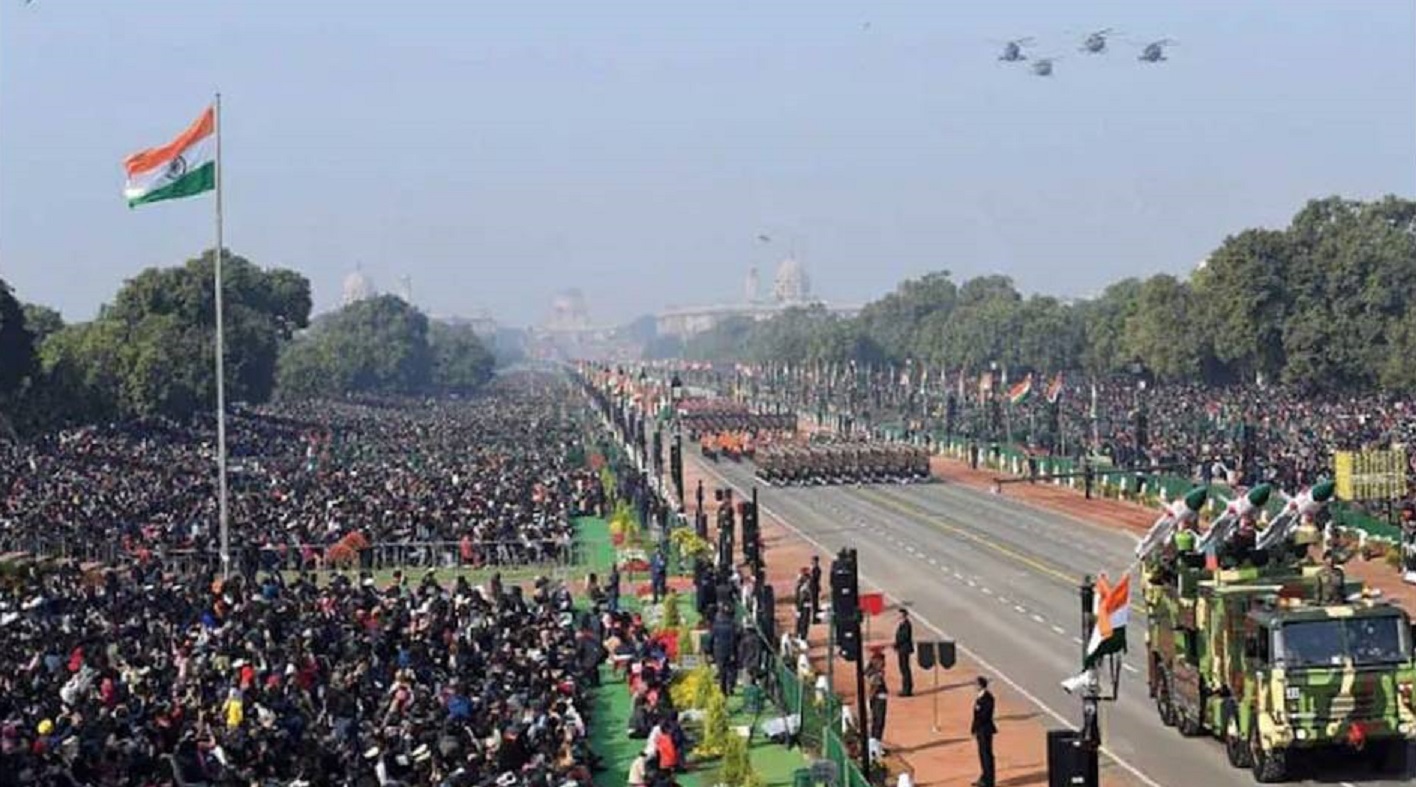 India gained independence from British rule on 15 August 1947. At that stage, the country was governed under the provisions of the Government of India Act, 1935. On 29 August 1947, a resolution was moved by the Constituent Assembly for the appointment of a committee to present the draft for a permanent Constitution. An eminent jurist, Dr. BR Ambedkar was made the chairman of the committee. The committee submitted the draft to the Constituent Assembly on 4 November, 1947. It was subjected to open discussions in 166 sessions spread over nearly three years to be finally signed after requisite amendments by the 308 member Constituent Assembly on 24 January, 1950. Two days later, it came into effect and created India as a Sovereign Democratic Republic with a parliamentary system of government. Later, in 1976, the preamble of the Constitution was amended to “Sovereign Socialist Secular Democratic Republic of India.”

The task of the Indian Armed Forces commenced much before the Republic was formally constituted in January, 1950. Within months of gaining independence the forces were called upon to save the state of Jammu and Kashmir from blatant Pakistani aggression, leading to the  Indo-Pakistan War, 1947 that India won convincingly. The first war was followed by the amalgamation of Hyderabad with the Indian Union carried out by the Indian Army through an action in September, 1948 code named Operation Polo. Thus began, with the test of steel and blood, the tryst of the Indian Armed Forces in service of their Nation.

In view of the crucial that the Indian Armed Forces were expected to play in protecting the Nation the first Republic Day parade on 26 January, 1950, showcased the military might of the nation.  President Rajendra Prasad, the supreme commander of the Indian Armed Forces, took the salute. Sukarno, the first President of Indonesia was the chief guest for the event.  The tradition of holding a similar Republic Day parade on 26 January every year continues.

The Armed Forces have lived up to the trust posed upon them. In December, 1961, they were called upon to undertake the transfer of Goa, Daman, Diu and Angidiv islands from the Portuguese to the Indian Republic. The task was completed through a well planned, incisive operation code named “Operation Goa.”  They went on to thwart evil military designs of foreign powers during the Indo-China War, 1962; Indo-Pakistan wars of  1965 and 19712, Kargil war and many other face-offs along the border. They are successfully warding off Proxy Wars, foreign sponsored and supported insurgencies/terrorism, threats to internal security by enemies within and a host of challenges posed by new generation conflict spectrum.

It is a well known fact that the Army is the first to respond in all incidents of natural disasters. The spontaneous response of the Army serves as the greatest morale booster for the affected population apart from providing invaluable rescue, relief and rehabilitation.

The debilitating cult of foreign sponsored terrorism in Jammu and Kashmir has been, by far, the biggest test of the courage and resilience of the Indian Army. The same has been countered successfully by adoption of a humane approach while dealing ruthlessly with the enemy. In the conduct of these operations, special effort is made to avoid collateral damage and loss of civilian lives, even at the cost of taking their own casualties. The army also makes special efforts in the affected areas to ameliorate the suffering of the people who are living under deprived conditions due to the foreign sponsored unrest.   It is due to this relentless effort that foreign sponsored terrorism has not succeeded in its objective of breaking the country’s intrinsic fabric.

The official website of the Indian army very rightly states, “We are dedicated to preserve national interests, safeguard sovereignty, territorial integrity and unity of our Nation. We uphold the ideals of the Constitution of India, thwart proxy wars, defeat internal threats, assist our Government and the people of India and all our actions are dedicated to the Nation. As land component of Indian Armed Forces, it’s the NATION FIRST for us.”

The Indian soldier is an epitome of all that is the best in the country as visible by his demonstrated qualities of courage, self sacrifice, integrity, strength of character and commitment. It is, therefore, the bounden duty of the Nation to ensure that the blood spilled by the soldier as also his contribution to the national cause is given due acknowledgement.

While successfully meeting challenges posed to the nation our Armed Forces have lost and continue to lose valuable lives. The trauma that the families suffer on losing a near and dear one is hard to fathom. There are many soldiers who suffer grievous injuries in the call of duty and require care and rehabilitation so as to lead a life of dignity. To maintain a young profile of the Armed Forces soldiers retire from service at a comparatively young age. At the time of retirement the soldier is more fit, both physically and mentally, than most of his civilian contemporaries. He is also in the middle of his life with familial responsibilities at their peak; he has old parents and young children to look after. The sad part is that the hero worship of the nation does not translate into meaningful settlement for the soldier when he re-enters the civil stream.

Traditionally, on Republic Day, the prime minister of the country goes to the National War Memorial and pays tribute to the Indian soldier. It is a good tradition that needs to be validated on ground by a degree of respect for the community that comes from the heart of every Indian citizen. On this republic day that nation should spare a thought for her soldiers and vow to look after them as they deserve.

(Jaibans Singh is an analyst, columnist and commentator)