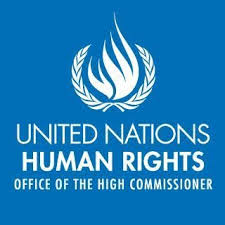 The fatuous approach of the United Nation towards understanding the dynamics of the Kashmir issue came to the fore once more in the second report presented by the UN High Commissioner for Human Rights (OHCHR) on the situation of Human Rights in Kashmir and Pakistan Occupied Kashmir. The report covers the period from May 2018 to April 2019.

On 14 June 2018, OHCHR had released the first report on the human rights situation in what it termed as Indian-Administered Kashmir and Pakistan-Administered Kashmir. That report spoke of allegations of serious human rights violations. A notable parameter was excessive use of force by Indian security forces that led to numerous civilian casualties, arbitrary detention etc.

The OHCHR had the good grace to admit that, “the quantity and quality of information available on Indian-Administered Kashmir contrasts significantly to Pakistan-Administered Kashmir. Despite significant challenges, NGOs, human rights defenders and journalists are able to operate in the Indian state of Jammu and Kashmir, generating documentation on the ongoing human rights violations there. Restrictions on the freedoms of expression, opinion, peaceful assembly and association in Azad Jammu and Kashmir and Gilgit-Baltistan have limited the ability of observers, including OHCHR, to assess the human rights situation there.” In this single paragraph the report has given two different names to the region which indicates a complete lack of functional clarity. Despite this indictment Pakistan had welcomed the report while India had dismissed it as biased and frivolous.

What came as a big surprise was that the OHCHR had based its conclusions on the inputs given by an organisation going by the name of Jammu and Kashmir Coalition of Civil Society (JKCCS) which, quite obviously, is aligned to the separatist movement being sponsored by Pakistan. It failed to leverage the complete freedom available in the state to collect some viable data and reach to empirical decisions.

It spoke of the use of pellet guns as an example of “excessive use of force” and failed to address the huge law and order problem that large, foreign motivated mobs create with the stone-pelting and the danger that is posed by them to the law enforcing apparatus of the state.

It spoke of the Armed Forces (Jammu and Kashmir) Special Powers Act 1990 (AFSPA) being a key obstacle to accountability since, “In nearly three decades that the law has been in force in Jammu and Kashmir, there has not been a single prosecution of armed forces personnel granted by the central government.” This is a blatant falsity. All cases pertaining to violation of law in Jammu and Kashmir have been investigated by the army. The army has, on several occasions, used the strict provisions of the Army Act to punish such soldiers who have committed criminal offenses. General Court Martial’s (GCM) have been convened and defaulters charged sheeted. The judicial procedure has been completed in a time period much less than what would be taken in a civil court. Justice has been fast and punishment exemplary.

The OHCHR has failed to understand that AFSPA does not give the soldier immunity from law, it merely places the soldier under a different set of laws that are equally stringent, if not more, than the Criminal Procedure Code. It is an enabling legislation that facilitates the soldier to function in an extraordinary situation without worrying about his own exploitation through legal means

The OHCHR has further failed to understand that the Indian Army and the other security forces operating in the state have an onerous responsibility to thwart all evil designs of the enemy and meet the aspiration of peace and tranquillity that the common man harbours. While fighting foreign ingress in Jammu and Kashmir the soldier is only living up to his oath of securing the sovereignty and integrity of his nation and he can, by no means, be faulted for doing so.

The strong protest that India has lodged with UN rights office by asserting that the second report is a continuation of the earlier “false and motivated” narrative and ignores the core issue of cross-border terrorism emanating from Pakistan is the most befitting response to the meaningless discourse that the OHCHR seems to be pursuing of late.

One cannot help agreeing to a strong statement made by Ministry of External Affairs Spokesperson Raveesh Kumar, “A situation created by years of cross-border terrorist attacks emanating from Pakistan has been ‘analysed’ without any reference to its causality. The update seems to be a contrived effort to create an artificial parity between the world’s largest and the most vibrant democracy and a country that openly practices state-sponsored terrorism.”

It must never be forgotten that the Army while fighting against foreign sponsored insurgency and terrorism in Jammu and Kashmir has taken enormous risks of life and limb and has made tremendous sacrifices in order to protect the common man. The prime motivation for this has come from the love and respect that the common man of the region has bestowed on the soldier over all these years. The bond between the “Jawan and the Awaam” (soldier and the people) of Jammu and Kashmir has always remained strong and unique.

Till such time that Pakistan does not stop the export of terror from its soil the army has no option but to keep the pressure on and ensure that the threshold of violence is not allowed to escalate. Under these circumstances, there is little leverage to revoke AFSPA.

The OHCHR would be well advised to impose upon Pakistan to desist from its evil agenda of engineering cross border terrorism on to the territories of Kashmir and to give back to India the occupied territories of the state. Such an act would also assist Pakistan to shed the baggage of the partition and grow as a truly independent and honourable nation.