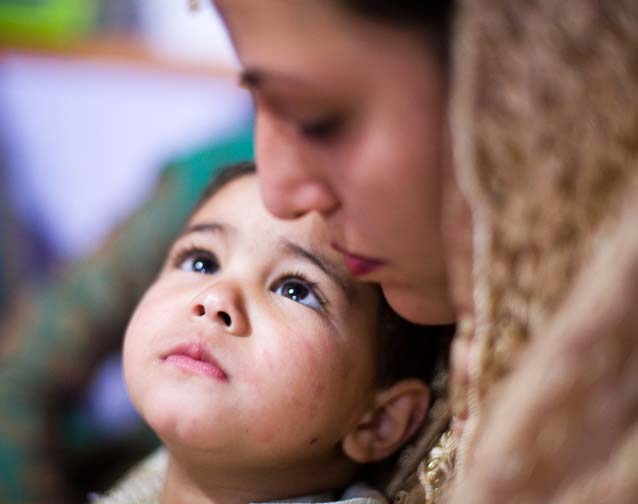 Kashmir is in the thoughts of every Indian, be it the politician, the intellectual, the strategist, the businessman or the common man. The thoughts are all positive since each person wants that the region to witnesses an era of much needed peace and each person is ready to contribute in his own small way to bring it about.

A big hindrance to this feeling of positivity comes from a small set of leftists, pseudo-intellectuals and bleeding hearts, who spread venomous and jaundiced narratives of divisiveness, hate and prejudice with regard to Kashmir. To give an example, in recent times the Baloch Diaspora has been using the term “collective punishment” in the context of the massive Human Rights violations that the Government of Pakistan and the Pakistan Army are heaping upon the hapless people of Balochistan. This term relates to the deplorable abuse of women and children of their land, marked with illegal detentions, torture and disappearances. Nothing of this sort is happening in Kashmir; there is, in fact, minimal violence being reported from the region. Yet, a highly volatile term like collective punishment is being used most brazenly.

The propagandists often say that Kashmir is specially targeted as a land where violent protest is a way of life and where the people are all anti-national. The manner in which India has reacted to the mindless violence witnessed during the recent protests against the Citizenship (Amendment) Act, 2019 (CAA) puts paid to the aforementioned line of argument. The attendant violence has been strongly criticised in all discussions and articulations, even as protest has been upheld as a legitimate expression in a vibrant democracy like India. It has been said openly that the violence was engineered by certain anti-national forces. The aforementioned makes it clear that violence during protests is unacceptable anywhere and everywhere in the nation and that Kashmir has never been singled out for any special censure. It is also notable that whenever the matter of violence in Kashmir is spoken of it is said that the same is the handiwork of a few foreign-sponsored anti-national elements; never is it said that all Kashmris are responsible for the same.

There is another aspect that the people of Kashmiri should be wary of. Anti-national elements across the country have made it a habit to use Kashmir as a tool to whip up passions to further their evil agenda. In most protests, Kashmir is raised as a slogan in a manner similar to that used by foreign sponsored anti-national elements in the Valley. This is a very clever and immoral design to isolate the Kashmiri people from their own land. The reality is that the Kashmiri people have every opportunity to voice their concerns and their opinions. Further, they are vibrant and politically aware; they know what is good for them and what is not. They do not need the help of a faceless, treacherous set of people who have their own axe to grind and are bent upon ruining the nation. The people of Kashmir should understand the environment and counter the hollowness of the shrill divisive rhetoric, provocative sloganeering and jaundiced writings.

That Kashmir today is looking at an era of peace and development is quite visible from the manner in which things have played out post the reorganisation of the state into two manageable Union Territories directly under the control of the centre and considerable dilution of the divisive Article 370 and Article 35A. There were many who had predicted total chaos and mayhem should the Government of India “Dare” to tinker with Article 370. The predicted chaos is nowhere to be seen. The Government imposed certain restrictions but soon it was apparent that these were also not required and they were removed.

As part of damage control, the existing environment of peace is being project by anti-Kashmir forces as a proverbial “Lull before the storm.”  This idea is coming not from Kashmir but outside of it. It is being given maximum traction by Pakistan and in support of the neighbouring country are, most unfortunately, some perfidious elements within India, mainly in the information domain. Happily, the obdurate propaganda stands exposed by the fact that the people have, for many months now, gone about their work without any upheaval.

A more pragmatic assessment of the situation would lead to a conclusion that the people, especially the youth, are quite relieved. Earlier they were being held at ransom by the foreign terrorist elements and were constantly under fear of retribution, if seen as non participative in local Azadi (freedom) movement.  They were receiving no support from the local leadership which was quite content to play with both India and Pakistan due to certain vested interests. Now, the terrorists have no capability to force the Kashmiri youth onto the self destructive path of terrorism and the self serving leaders have been rendered powerless. The youth now are looking at the evolving situation with a fair degree of positivity and have become apathetic to the cult of terrorism, divisiveness and disruption. This is the very real and very positive element that is slowly gaining roots in the environment of Kashmir.

After great sacrifice, the courageous people of Kashmir have defeated such forces that wished to annihilate their identity and their very existence. In the most difficult of times they had rooted for democracy and a proud place within the Indian Nation. In this fight they were ably supported by the nation, especially so the security forces. The Indian Army, in particular, shares a unique bond with the people created by common cause and common suffering.  The encouraging situation in Kashmir indicates that the hard work and sacrifice has paid good dividends. The challenge now lies in defeating those attempting to create mistrust and distrust and root for what is righteous, justified and beneficial for the people of the land. It has to be ensured that peace gains firm roots. This New Year Kashmir must resolve to convincingly defeat those creating mistrust and divisiveness

(Jaibans Singh is a noted socio-political analyst and writer)