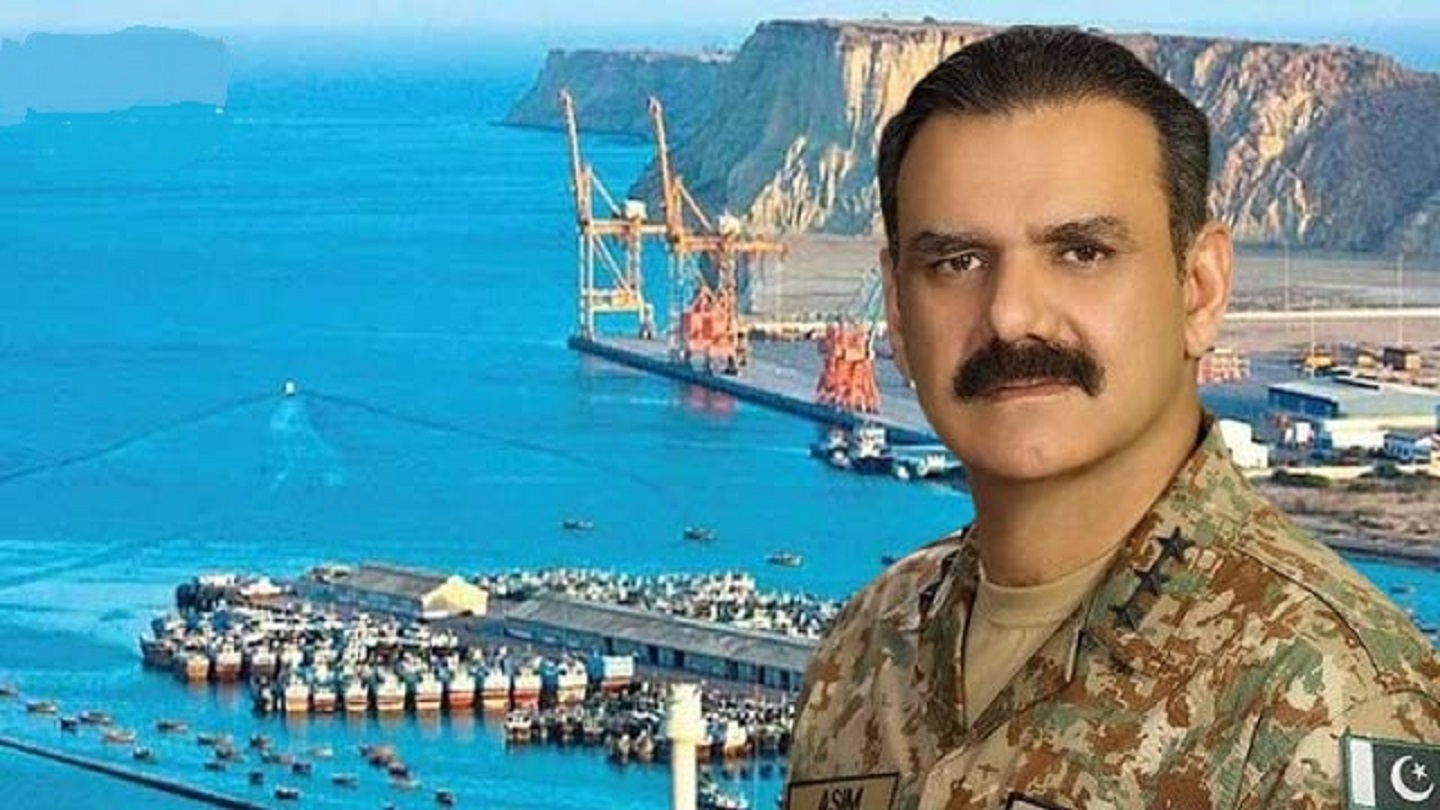 Lt. General Asim Saleem Bajwa reached a very high rank in the Pakistan Army, just one step short of being the Chief. It is mostly believed that a person reaching such heights would be dedicated to the cause of the nation. Sadly for Pakistan, Gen. Bajwa has exhibited no such virtues, instead, he stands exposed as a dishonest, corrupt and covetous man who has repeatedly sold the interest of his nation for the sake of money.

Lt. General Asim Bajwa has, probably on the strength of his huge financial clout, remained in the helm of affairs in Pakistan even after retirement. He is presently Special Assistant to the Prime Minister on Information and Broadcasting and also Chairman of the China Pakistan Economic Corridor (CPEC) Authority.

The exposure has come through the pen of Ahmed Noorani,  a reputed investigative journalist of Pakistan who operates a well known website www.factsfocus.com. The expose’ has been made through an article titled, “Bajwa family business empire grew in four countries in sync with Asim Bajwa’s rise in military,” uploaded in the aforementioned website on 27 August, 20.  In his article, Noorani has given complete details of the Bajwa Empire that now spans 99 companies and massive real estate holdings under the parent Bajco Group. Of these 66 are main companies, 33 are branch companies while five companies are dead now. The capital inlay for creating the business is estimated at 52.2 million USD with real estate holding in the US alone at 14.5 million USD.

On the face of it the entire business has been set up by Nadeem Bajwa, a brother of Gen. Asim Bajwa who migrated to the United States in the early 1990’s and started off as a delivery boy in a Pizza outlet. Later two more of the six Bajwa brothers, Faisal and Abdul Malik, joined Nadeem in the US. Nadeem now runs 133 Pizza joints under the “Papa John’s Pizza” franchise. Interestingly, Nadeem opened his first Pizza joint in 2002, precisely the year when Lt. Gen. (then Lt. Col.) Asim Bajwa entered the inner circle of General Pervez Musharraf.

Nadeem continues to be the face of the business even as Farrukh Zeba, the wife of Asim Bajwa is recorded as joint owner/shareholder of 85 of these companies including 82 foreign companies (71 in United States, seven in UAE and four in Canada). massive investments in real estate in her name are also recorded in the US.  In 2015, the sons of Gen. Bajwa joined the Bajco Group companies and also started establishing new companies independent of the Bajco Group in Pakistan and in the US. This was the exact time when the General became the Director of the Pakistan media wing, Inter Service Public Relations (ISPR) and later commander of the Southern Command of the Pakistan Army.

In his declaration of assets, Bajwa has declared his worth at Pakistani Rupees 31 lakh, including assets in the name of his wife. He also declared that he and his wife have no immovable property or business outside Pakistan. This has been exposed as a blatant lie.

Such is the clout of Gen. Bajwa that the exposure was not reported by mainstream media, print or electronic in Pakistan. The public would have remained largely unaware had not the website of the Pakistan Remittance Initiative (PRI) been hacked and a picture of Bajwa and his family been put up on the home page with a call for accountability. “We will get our money back” says the headline of the message on the PRI website followed by, “This is the reality of Pakistan Army. They are thieves. petty thieves and terrorists. #AsimBajwaJawabDo.”

Under fire from the opposition and with growing disillusionment being expressed by the Pakistani public, Gen. Bajwa probably sat down with his many friends in the media to evolve a counter strategy. Accordingly, he first issued a rebuttal in the form of a tweet. “A malicious propaganda story published on an unknown site, against me and my family, (just uploaded on social media) is strongly rebutted,” he said.

He followed it up by tendering his resignation as advisor to the prime minister but chose to retain his job as Chairman, CPEC Authority. Prime Minister Imran Khan was quick to reject the resignation. The process was, obviously, orchestrated as a face saving strategy.

The move, however, has backfired since those opposing the General are asking him to come clean with facts and figures instead of merely issuing a two line statement. Maryam Sharif has questioned the silence of  Imran Khan and said that Bajwa must explain the “news about his assets.”

The Government machinery has, surprisingly, come out in support of Bajwa. “It is now a common practice that news is run without confirmation. A news should be made public once it is confirmed. The truth in this case will come to the fore soon,” said Foreign Minister Shah Mahmood Qureshi. “I have just spoken to Asim Bajwa. He will explain in detail the news about his assets in a few days,” tweeted Information Minister, Shibli Faraz.

Why is the  government bending backwards to save Gen. Bajwa, especially when eradication of corruption was the biggest election promise made by Prime Minister Imran Khan? The answer lies in one word – CPEC. Nawaz Sharif had expressed dissatisfaction at the CPEC deal for which he was unceremoniously ousted. The subsequent elections were rigged and the Imran Khan led PTI government was installed. On coming to power, Imran Khan too sought to revisit the CPEC deal; he could not be removed so soon and hence it was decided to go for a complete takeover of the CPEC project by the Pakistan Army

In November 2019, the CPEC Authority was formed with Lt. Gen. Asim Bajwa (Retd) as its head.

He has been installed in the government by the Pakistan Army and China to keep an eye on the prime minister and has been made Chairman CPEC Authority to ensure that the project moves in the manner that suits these two stakeholders.

It is against this backdrop that the voices are being created to support Bajwa and threaten Ahmed Noorani. On August 29, the privately owned TV broadcaster ARY News termed Noorani’s report  as “fake news” and insinuated that he was acting in the interests of India and the United States. Noorani is also receiving death threats on FaceBook and Twitter.

It is clear that CPEC now forms the pivot for the existence of Pakistan in the eyes of China and the Pakistan Army; it simply cannot be questioned. Imran Khan is prime minister in name only with the government having only a cursory role to play.

It is often said that Pakistan did not lose the 1971 war because of lack of military wherewithal or professional capability. It lost because of lack of character as witnessed by the sell out of a segment of the nation by the Army followed by atrocities of the worst kind. Something similar and at a larger scale is happening in Pakistan all over again. There would be many Generals and other army officers, serving and retired, in the country who are mired in corruption like Bajwa.

(Jaibans Singh is a strategic analyst, columnist and author)