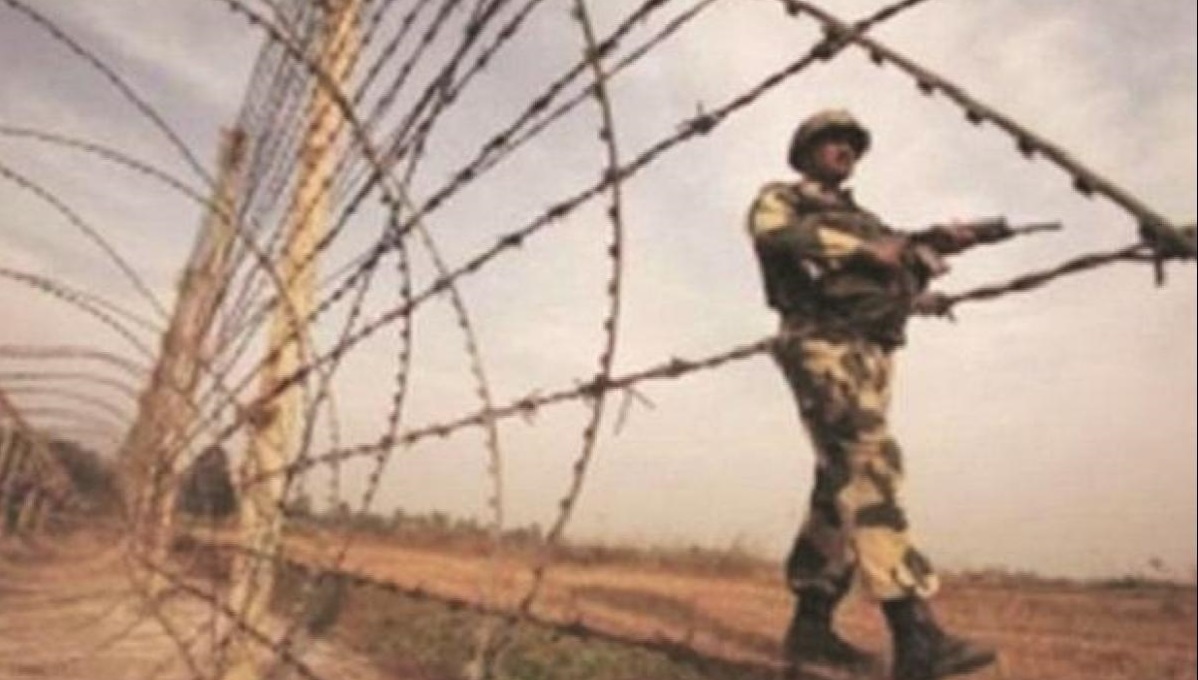 An unexpected and sudden announcement merely 24 hours prior to the eve of the second anniversary of the Balakot air strike that had brought two nuclear neighbours to the brink of war has brought cheers on the both sides of the Line of Control (LOC). The announcement pertains to cessation of ceasefire violations which had peaked beyond 5000 in the preceding year resulting in loss of valuable lives both military and civilian and damage to infrastructure and military assets. The move was welcome justifiably by the border dwellers on both sides but at the same time Kashmiri political leadership lost no time in politicising the same by claiming it as a vindication of their oft repeated demand for Indo-Pak talks. Is it really so or they have jumped the gun, as they are used to, needs to be watched. The telephonic consensus reached between the two DGMOs is being wrongly reported as a Ceasefire Agreement, it is in fact nowhere near an agreement as per the international protocols.

The announcement comes in the wake of the statement made by the Pakistani Chief of Army Staff General Qamar JavedBajwa while addressing the passing out cadets of the Pakistan Airforce Academy on 03 February instant. He had said, “It is time to extend a hand of peace in all directions.” His statement was hailed by Pakistan’s foreign office as reflective of the country’s desire for peace and security in the region. Pakistan’s Foreign Office Spokesperson further said, “Pakistan always believed in peaceful settlement of all issues, including the core issue of the Jammu and Kashmir. The Army chief’s statement is a manifestation of Pakistan’s firm commitment to the ideals of mutual respect and peaceful co-existence”. The statement surprised many because it came at a time when the diplomatic ties between the two countries were at its lowest and Pakistan’s Prime Minister had recently announced that there would be no negotiations with India till the restoration of Article 370 in Jammu & Kashmir by the later.

Thus, the offer of honouring ceasefire and cessation of ceasefire violations from the DGMO of Pakistan Army has confirmed one thing yet again that the peace on LOC and foreign policy of Pakistan are decided not in Islamabad (seat of political power) but Rawalpindi (seat of military power). It has also established the fact that among 3M troika of Mullah, Militants and Military that rules Pakistan, Military yields the maximum power and say.

What is perplexing and confusing is the reason for a sudden U-turn by the Pakistan military which survives at home on the basis of an anti-India bogey created through the notion that India is an existential threat and the Pak Army is the sole saviour from that threat. Many possibilities come to mind but it would be premature to be judgemental. Has Pakistan lost the battle in J&K and realised the futility of its meddling in its affairs? Was Pakistan under any obligation to China to keep the LOC active in support of the standoff in Eastern Ladakh and now that the disengagement between the PLA and Indian Army has taken place in the most volatile Pangong Tso lake sector, Pakistan has also been asked by China to go easy? Has Pakistan Army exhausted its ammunition including the reserves and it’s down to the bottom economic condition is having a telling effect? Or is it the improving relations between Israel and the Arab world and recently held Indo-Saudi Arabia joint Army exercise? Is the American decision under Joe Biden to not to abandon Afghanistan in a hurry upsetting the Pakistani calculations? Another factor could be the damages suffered by the Pakistani Army to its military assets along the LOC proving the dictum, “Only the wearer knows where the shoe pinches”, because Indian Army in its punitive retaliation has hit hard at the Pakistani defences and its military assets. There have been earlier indications of the Pak Army with the help of PLA increasing the survivability of its troops and assets through tunnelling at vulnerable areas.

One immediate trigger which comes to mind is the valiant response of Indian Army to the Chinese belligerence in Eastern Ladakh. The professionalism and mettle displayed by the Indian Army has not only surprised the PLA and the Chinese Communist Party’s leadership but its all-time ally Pakistan as well. Pakistan has realised the futility of competing with India and the Indian military might. Coupled with this is the strong international support garnered by India through its subtle diplomacy resulting in a bitter experience for Pakistan where even the majority Muslim nations refused to side with it on the issue of Kashmir.

The latest move could also be a ruse to have the much needed breather to improve its defences. The sudden change in the mindset of Pakistan Army is very difficult to digest. On the Indian side other than the desire to have peaceful relations with its neighbours there appears to be no other visible indicator. The present government has been consistent in its stand of Pakistan divorcing itself from cross-border terror and dismantling all terror related infrastructure. No such indicators have emanated from Pakistan and on the contrary launch pads are full, infiltration attempts continue, jihadi training camps within POJK are being re-established under a new organisation called Tehreek-e-Lebek. Cosmetic actions taken by Pakistan against established terror leadership to dodge FATF are not very significant. Even FATF has decided to continue Pakistan in grey list till June, giving it another four months to take action against designated terrorists and against terror funding and financing. All in all, Pakistan still continues with terrorism as an instrument of state policy and has not taken any serious measures to divorce itself from terrorism that could please India.

The statement of Prime Minister Imran Khan’s adviser on security affairs, Moeed Yusuf, coming on the heels of Gen Bajwa’s statement did give a slight indication of what was brewing in Pakistan when he said, “If you want peace, we have to move forward. If we want to move forward, everybody has to be rational and not ideological.” But his statement immediately after the announcement of ceasefire claiming it as a “win-win” situation for Pakistan denies all logicand puts a question mark on its intent.

Will the current consensus be any way different from the similar exercises on the numerous occasions in the past which after brief lull had been violated by Pakistan with impunity? The 2003 ceasefire, which was also not an agreement, lasted the longest for five years. 2003 ceasefire was announced unilaterally by the then Pakistan PM on the eve of Eid al Fitr and was responded positively by the Indian Prime Minister Atal Bihari Vajpayee, a great votary of peace between the two neighbours. But unfortunately, the agreement was not formalised and it could also last only for five years because it was backed by the PMs of both the nations and had approval of Pakistan Army because of the humiliating defeat it suffered at Kargil and shifting the focus towards Afghanistan through Taliban insurgency. Such attempts have always remained fragile in view of the absence of a structured protocol to ensure their enforcement.

An almost identical statement was made by the two DGMOs in May 2018 as well. But it lasted only for a few months and the LOC became very volatile once again after the Pulwama terror attack and the subsequent Balakot Air strike by India. Efforts made by Pakistan Prime Minister Nawaz Sharif in 2015 did not find a favourable response from India on two counts. Firstly, Pak wanted ceasefire to be monitored by UNMOGIP which was not acceptable to India since it violated the spirit of Shimla Agreement. Secondly, India insisted on Pak proving its sincerity by dismantling all terror infrastructureto which Pak showed no inclination.

But times have changed now. India has successfully exposed Pakistan as fountain head of terror and Pakistan is a globally recognised hub of terror. Pakistan’s global isolation has compelled it to act against terror on its soil. FATF’s role to compel Pakistan to abandon terror is also critical. The downward spiral in Pakistan’s economy and its realisation of peaceful co-existence with India are drivers of mind set change in the Pakistani establishment. India should now go ahead and sign a formal ceasefire agreement with strict protocols to check infiltration, cross-border terrorism, narco-terrorism, ceasefire violations including drone dropping or tunnelling, attack on civil areas and maintenance of peace and tranquillity. This agreement if proved successful could become the stepping stone for a lasting peace between the two neighbours. In International relations there are no permanent friends or foes, only permanent are national interests. Peace in the sub-continent is in the national interest of both the countries. Pakistan has to accept that non-zero sum game approach with India is in its best interest while India will have to mould itself to play the vital role of an elder brother.

(The author is a columnist, security and strategic analyst)