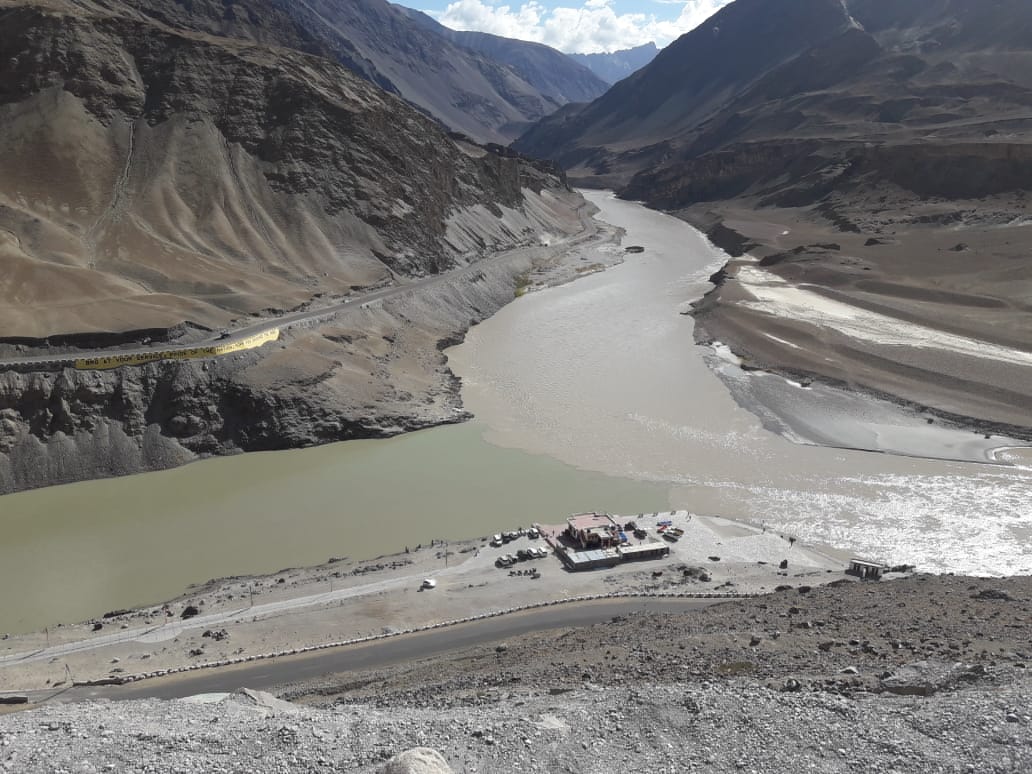 The situation along the Line of Actual Control (LAC) between India and China in Eastern Ladakh has been subjected to interpretation by many through the medium of blogs, tweets and articles. There are some who describe it as a loss of face for India . Ajay Shukla, an Army veteran and presently consulting editor with a business magazine, understands it as an abject surrender to China. He has also accused the present Government of camouflaging the actual situation and hiding illegal occupation of approximately 60 square kms in Galwan valley,  Hot spring, North of Pongang Lake, Finger 4 to 8 and Sirijap area.

Praveen Sawhney, yet another Army veteran and publisher of a magazine named “Force” has, in a recently released video, mentioned that China is emerging as a new superpower challenging USA. He goes on to suggest that China and its Peoples Liberation Army (PLA) are invincible. He declares that, militarily, China is a big giant in six kinetic and non-kinetic domains to include strategic, operational and tactical wherewithal, supported by cyber warfare, information and psychological operations and space force to which India is no match. He predicts that in the eventuality of a conflict with China all  lndian airfields will be destroyed by missiles attack after administering a total communication blackout leading to decision paralysis and loss of command. He seems to be highly impressed by the Chinese Order of Battle (ORBAT).

The more well informed veterans including this writer feel that there is a congress of media pseudo intellectuals playing a doctored narrative possibly with the aspiration of an award by fifth columnists and enemy intelligence set ups that look towards lowering the morale of Indian political leadership, military hierarchy and people. The  efforts are in tune with the Chinese military doctrine of “victory without war” as advocated by their strategist Sun Tsu. Chankya has said in 250 BC, “if you know your enemy well half battle is won.” So, let us probe into the Dragons den. Chinese Military  Commission is the supreme authority. Chinese President  XI Jingping, is the commander-in-chief  of PLA.

Prior to 2016, Chinese had seven Military Regions (MR) i.e. Langzhau, Chengdu, Ghanshghou, Nanjing , Jinan, Bejing and Shenyang. Now, keeping in mind joint operations, all MR’s have been restructured into five theatre commands i.e. Northern, Western, Southern, Eastern and Central. We will be facing basically Western Theatre which includes Xinjiang & TAR. Eight Airborne corps and two Artillery Corps will be CMC reserves with China. It has 18 Army Groups of  Corps strength that it will need to mobilise from 1000 kms away. They will be supported by indigenous Chinese fighter aircraft J11, J10 and J17.

Indian has also come a long way  from Indo-Pakistan War, 1965 when a single theatre command under Lt Gen. Harbaksh Singh was responsible for an area spanning from Rajasthan to Ladakh. we won a decisive victory even then. Northern Command was raised in 1972;   14 Corps was raised and located in Ladakh after Kargil war; recently the South-West Command has come up with the intention of ensuring that Northern Command can concentrate on its frontier along the LAC and the LOC.

India has the best tanks and mechanised elements operating in the high altitude regions of Ladakh. It is common knowledge that India has a robust missile programmes that has been militarised  under a Strategic Forces Command. Indian also has a Special Forces Command and capacity for Cyber/EW warfare. Robust airlift capability can ensure fast transportation of forces, that is what C17 Globemaster and C-130 J Hercules aircrafts are meant for.

Praveen Sawhney  speaks highly of the capability of Chinese military satellites. He would be aware, as all of India and the whole world is, that India has  reached Mars orbit before China. ISRO has time and again proved its credentials to the world. It created a world record  by launching 104 foreign and Indian satellites in 2018. PSLV C 42 has already completed 45 successful launches. Anti-satellite missiles have already been developed by lndia. Four military satellites – GSAT 7, GSAT 7A, HYSIS, and MICRO SAT R are in orbit for Armed Forces.

What is of prime importance is the quality of the “man behind the machine.” Israel  completely knocked down three belligerent Arab countries well equipped with Russian Armour and weapon systems in 1948 , 1967 & 1973 fighting on three fronts ie Egypt, Jordan & Syria.

In the case of India and China, even if one concedes to a small edge in  military capacity to China, it is the professionalism of the Indian army, its commitment to the nation and its noble legacy that will prevail. The PLA is a politicised force used more for  keeping the iron control of the Chinese Communist Party on the subjugated people. The Indian army, on the other hand, created a new nation, Bangladesh, in a14 days blitzkrieg while fighting on four fronts i.e. West Pakistan, East Pakistan, Chinese showing muscles in North  and US Aircraft Carrier Enterprise Battle Group with Nuclear capability threatening in the Indian ocean.

In modern times also wars have not been won by machines alone, it has always been the human factor that prevailed and here Indian has a decided edge.

It would be in the interest of the nation to remain vigilant of the limited vision of a few who push inadequate knowledge only with the gift of the gab. Indian is and will remain well poised to face any threat posed by the Red Army on our Northern Frontier and also a two front war if forced on us. in the present scenario it is obvious that certain Blood hounds are not happy with progress of peaceful solution as it defies the orchestrated narrative.