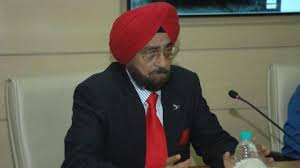 The crisis created by the Chinese incursions in Eastern Ladakh is now well on the path of resolution. At its peak is solicited considerable media attention. A large segment of the media completely understood the sensitivity of the situation and extended full support to the military and diplomatic initiatives being taken by the Government. Sadly, there are some who took a negative view that built the Chinese morale while causing tension within India. They used misinformation and disinformation in equal measure in putting their negative views across. More sadly, some of these contrarians are army veterans who retired from senior positions.

One name that figures among them prominently is Lt. Gen. (Retd) HS Panag. All through the incursion imbroglio, he wrote a series of vitriolic articles, critical of the government and its handling of the situation. Notably, Gen. Panag has served in the Mechanised Infantry and, as such, remained in the plains with Strike formations for most of his career. He probably had two tenures in J&K one of them being Army Commander of the Northern Command for a short period of time after which he was side-stepped to the administrative Central Command of the Army. He would have, at best, paid a few cursory visits to the areas that he is now writing about so intimately. He retired about a decade back. A lot would have changed in policy and strategy during this period. Hence, the knowledge he is espousing on the subject is bookish, limited and outdated. Interestingly, Ajay Shukla, the second army veteran going overboard in his criticism of the Government’s Ladakh policy has not served a single tenure in Ladakh.

In his article titled, “China believes India wants Aksai Chin back. PLA has likely secured 40-60 sq km in Ladakh”, dated 28 May, 2020, the General has quoted “reports” to give long and in-depth information of the situation in Ladakh. In a latter paragraph he says, “In the absence of any government or military briefings, there are speculations galore about the details of the incidents on the LAC……” If there had been no official briefings then how did the General get such In-depth information of the situation?  He is an Army veteran and a freelance writer, not a reporter of a news channel who has cultivated “own sources.” In his writings, therefore, he is expected to restrict his views within the parameters of the official information being given on the national security issue.  To write anything otherwise amounts to rumour mongering and when the rumour goes against the policies of the government it becomes dissension.

He goes on in the article to list Inadequacies in our Intelligence and information gathering apparatus which, he says, led to the Indian army being surprised.”It was the failure of the Research and Analysis Wing (R&AW) to detect the build-up of the PLA formations,” he says in the article.  A responsible analyst will make a statement of this nature only when he has specific and irrefutable information to substantiate it. It is a very serious insinuation to make on the basis of conjecture.

The remainder of the article is common military knowledge but the crunch comes in the end “Last but not the least, once the status quo has been restored, we must hold the Narendra Modi government and the military accountable for the intelligence failure, the loss of territory, if any, that has taken place, and the asymmetry with respect to our capability vis-a vis China.” It is here that the intention of the writer becomes apparent and that is to embarrass the Government, the military leadership and the Nation. What could be his motivation to do so? Who would benefit? These are questions that need to be addressed.

The second article by Gen. Panag came on June, 04, and was titled, “India’s Fingers have come under Chinese boots. Denial won’t help us.” In this article he wrote, “Having seized the initiative by securing approximately 40-60 square km of Indian territory in three different areas, China will be negotiating from a position of strength…… If diplomacy fails, China has come prepared for a border skirmish or a limited war.” A statement of this nature coming from a senior retired General of the Indian Army would build the morale of the Chinese sky high and be used as a leverage in negotiations. What was the intention of the General when he made this statement? If he cares for India could he please explain as to how it would have helped the Indian effort?

He then goes on to give lengthy explanations aimed more at exhibiting his personal knowledge instead of having any value. While doing so he also lets out certain tactical and strategic policies that were followed by the Indian Army in his times. To be sharing this professional knowledge in  public is not only inappropriate, but also amounts to a violation of the “Official Secrets Act.”

Once again it is in the conclusion of the article that the clear intention of the writer comes out “…. to be in denial and acquiesce to explain the loss of territory to “differing perceptions” will open pandora’s box, and in future, result in loss of more territory, possibly at Chumar, Demchok, Fukche, Kailash Range, Hot Springs, along the Shyok River and in Depsang Plains. Who knows China may apply the same logic at Tawang in the near future?” On the one hand he is again attempting to embarrass the Government. On the other hand, he is giving a clear hint to China as to what it should be doing to further hurt India.

In his third article dated 11, June and titled, “PM Modi’s silence on LAC stand-off is benefiting China. India must change its script,” Gen. Panag, instead of expressing relief in the wake of the diffusing situation, chose to attack Prime Minister Narendra Modi directly. While conceding the success of the governments “military and diplomatic” approach he concludes, “In the current crisis, the Modi government and the military have lost credibility and the battle of perception, and have literally endorsed China’s stand. It has also sent wrong signals to the international community….. denial and obfuscation do not help.” Once again,  a strong and wholly unsubstantiated statement.

It is interesting to note that Gen. Panag finds unlimited space for his long self-ingratiating expositions only in a news website called “The Print.”This website has been created in 2017 by Shekhar Gupta, a journalist known for holding a bias against the current political dispensation in power. The fact that the General is okay with alignment to a particular lobby instead of remaining unbiased in the national cause, as someone of his seniority and stature should be, is very sad indeed. One hopes that he is not giving vent to his frustration for not having completed a tenure as Army Commander, Northern Command. It would be so much better for the senior veteran to enjoy his retired life rather than giving unsolicited advise in open media channels. By his false and unsubstantiated statements, Gen. HS Panag weakened India.

(Jaibans Singh is a writer and columnist)