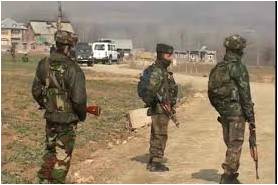 July, 03, 2012, the newly appointed foreign secretary of Pakistan, Jalil Abbas Jilani, arrived in India to hold a meeting with his Indian counterpart, Ranjan Mathai. A fact deliberately and tacitly downplayed was that this very person, in February 2003, when he was Chargé d’Affaires at the Pakistan High Commission in India was told to pack his bags and leave the country immediately; four other were expelled with him. Jilani, it was said, had been caught handing out cash to a Hurriyat activist.

Now almost a decade hence, when India is once again called upon to engage with Jilani as his country’s official representative, he has most audaciously and with complete insensitivity, chosen to meet with his Kashmiri friends, this time officially. The close-door meeting was held on July, 03, even as the Indian foreign office stood aside like a mute spectator despite voices of protest from across the country. What is of interest is the events that followed this interaction.

On July, 04, Jamaat-e-Islami in Kashmir, ably supported by the Hurriyat Conference, gave a Fatwa for the tourists in Kashmir to follow a “proper dress code” and told the tourism department to enforce it. “Some tourists, mostly foreigners, are seen wandering in short mini-skirts and other objectionable dresses here openly, which is quite against the local ethos and culture…..,” Jamaat-e-Islami said in a statement.

On, July, 05, a leading Srinagar based English newspaper carried a story that the Army has agreed to the withdrawal of Armed Forces Special Powers Act (AFSPA) from Jammu and Srinagar districts by December 2012. The newspaper quoted “authoritative sources” at Army Headquarters, New Delhi as the source for this piece of information. The newspaper further elaborated that the development was the outcome of a meeting between the Chief Minister of Jammu and Kashmir, Omar Abdullah and the Chief of Army Staff, General Bikram Singh, held in mid-June at Srinagar.

On July, 06, Mirwaiz Umar Farooq warned the State government against giving a boost to tourism from Israel to the Kashmir valley. While visualising a “dangerous agenda” behind the move the Mirwaiz said, “We are not against tourists coming to Kashmir, but there definitely is some ulterior motive behind encouraging Israelis to visit the Valley.” His proclivity to dramatise every utterance led him to calling this a “provocative step” and an “affront” to the sentiments of Muslims.

On July, 07, terrorists carried out an audacious attack on army personnel on duty at Pampore, just 15 kilometers from the capital city of Srinagar. One army soldier was killed in the incident while the second is battling for his life in a hospital. The terrorists made good their escape along with the AK-47 rifle of the killed army soldier. Earlier on July, 05, three unidentified militants were killed in two separate encounters in the Kupwara district of north Kashmir

One cannot help wonder at the sequence and timing of these incidents. Tourists wore similar apparels last year and many years before that, so why this sudden flush of morality? Israelis have been coming and going from the Kashmir valley since ages so why this new found aversion to their presence? Most interesting are the deep contacts that regional newspapers seem to have in the Army Headquarters which has made them privy to information not available anywhere else in the public domain. The sudden increase in terrorist activity with two back to back encounters, one being an audacious daylight attack not seen for many months now is also quite intriguing.

Would it be too outlandish to infer a connection between the meeting in New Delhi and the happenings in the Kashmir Valley? Is this what was discussed behind the closed doors? Have the disruptive elements in Kashmir been sent a clear message by their handlers that they need to produce results or face consequences. After all, Jilani is a known source for flow of money into the Valley. Is this the reason why different establishments – politics, media and terrorists, have suddenly put in their penny’s worth towards causing disturbance in the valley? The timing is also quite predictable. The tourist season is on the wane with enough having been earned to last the next winter; if this troublemaking had been delayed any more it would have lost credibility. Secondly, a base has to be built to target the Shri Amarnath Yatra in the next few weeks time.

These pathetic shenanigans have been singularly unsuccessful in having the desired effect. The Jamait has been forced to go into defensive mode in view of the sharp reaction from the tourism industry and open criticism by the people. On July, 07, Chief Minister Omar Abdullah made a wretched attempt to shift the blame from the Jamait to the media which, he said, had blown the issue out of proportion. Since the Jamait has not countered the statement of the Chief Minister, one can presume that it was made after mutual concurrence. It remains to be seen if the State government will go ahead with its plan to hold tourism road shows in Israel or not. So far as the comment on AFSPA is concerned, the lesser said the better, since it merely indicates the desperation of a few lobbies and vested interests to get their point across. The rise in levels of violence is, of course, a cause for concern but this will undoubtedly handled by the ever alert security forces.

The happenings in the last few days prove that the situation in the valley continues to remain volatile despite the cloak of the much touted peace, development, tourism, economic activity and what not more so because the perpetrators are still at large and very active. These indicators have no more than face value and cannot be taken as benchmarks for any change in the politico-security situation in the Kashmir valley which, sadly, continues to be far removed from real “normalcy”.