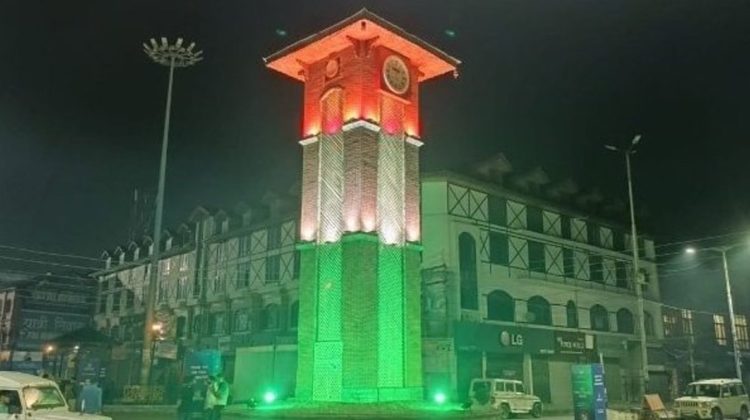 The Tri-colour flying proudly in Lal Chowk in Srinagar, Kashmir and other places across the valley is a very joyful sight indeed. It brings about a feeling of relief at the prospect of the trouble torn region, at last, moving towards normality. While admitting that the desired end state is yet to be achieved, there is  a fair degree of positivity among the people  with regard to an absolutely violence free environment becoming a reality in the near future.

A big push to this feeling of positivity was received when Lt. General DP Pandey, General Officer Commanding of the Srinagar based Chinar Corps, walked the streets of  Batpura Chowk, Shopian market, on the eve of Diwali. Accompanied by his sector commander and minimum security in what was an impromptu visit, he distributed sweets and interacted with the people. More interesting is the fact that he was  eagerly received with many young boys coming forward to seek selfies with him to which he willingly obliged.

The aforementioned incident is one among many which indicate towards the will of the people to give peace a chance by moving away from the shadow of the gun. The people are unwilling to cow down under terrorist pressure despite the sensitive security situation created by the  new modus operandi of terrorists to target innocent civilians of the minority community. People are no longer afraid of showing their inclusive and non-obscurantist beliefs. They are ready to give all support to the security forces and it is this support that will produce the ultimate result of freeing the region from the curse of terrorism.

The foreign forces aligned against Kashmir are unlikely to give up their hold in a hurry. In more ways than one they have indicated their determination to keep the pot boiling in Kashmir by whatever means possible. The notorious spy agency of the Pakistan army, the Inter Services Intelligence (ISI), remains in the forefront of this effort. In recent times, it has once again taken over from the traditional terror masters, the strategic planning of the terrorist effort directed against Jammu and Kashmir. The targeting of locals is a significant change in policy that has come about under specific directions of the ISI. 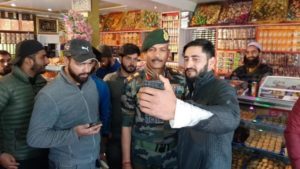 The ISI involvement becomes apparent from the professional manner in which the change in policy has been implemented. The Resistance Front (TRF) has listed out the strategy of “targeting and boycotting  of non-locals in the Valley militarily” in a well prepared document that has been widely circulated through the messaging app Telegram and a VPN-protected blog called ‘Kashmir Fight.’ The attacks are to be conducted to stop the issue of Domicile certificates and to dissuade non-locals from doing business in the Kashmir valley.  Such a professional and meticulous approach can come by only from a military establishment. The TRF, which is a moderated off-shoot of the Lashkar-e-Toiba, is also a creation of the ISI.

The Indian security forces, of course, are well aware of the modus operandi and the results that it wishes to attain. They are aware of the new strategy to create a pool of Over Ground Workers (OGWs) and newly inducted local terrorists. These new recruits in terrorism have been given the task of targeting civilians with pistols and grenades and then merging with the crowd; the OGWs are expected to provide assistance in selection of the target area and victim.

The security forces led by the Indian army are in hyper-drive to dominate the security environment. With exemplary intelligence gathering, they have already identified and arrested nearly 800 TRF sympathisers, OGWs and newly inducted terrorists. Sooner than later, the new network that is being attempted to be created will be neutralised and the attempt to resurrect terror will be nullified.

While the security forces do their job it is important to realise that the political and social domains are equally important and need to be addressed with sensitivity. The fact that the Union Territory (UT) continues to remain under rule of the Lieutenant Governor is something that is rankling the minds of the people in both the Jammu and the Kashmir region.

All said and done, Lieutenant Governor Manoj Sinha and his team are looked upon as outsiders imposing their policies on people of the UT who have attained peace and security with their sweat and blood spilled over decades of turbulence. The personal touch as given by Lt. General DP Pandey is very important indeed; while a political figure like the Lieutenant Governor may do so, his bureaucrat advisors fall short in generating the required sensitivity. No amount of development can compensate for this feeling of isolation from the ruling dispensation.

It is appreciated that the Corona Virus has delayed the application of promises made, but now the need is to fast track the process of delimitation and conduct elections to get an elected government in place. The next step would be grant of full statehood.

It is also very important to put a plug on radicalisation of the youth in Kashmir. The tried and tested policies of “Winning Hearts and Minds” of the Indian army applied under Operation Sadbhavna need to be replicated by all administrative domains.  It is more important at this point in time because winters  are the season for spreading radical thought and indoctrinating the youth.

It is often said that the last lap in a race is the most crucial. In Jammu and Kashmir, the last lap is presently underway, its successful culmination requires complete synergy of effort and a timely push in the right direction.  The creeping stability in the region has to be converted into a permanent status of peace and prosperity.  The odds are there but definitely not insurmountable, achievement is possible only when the people, the government and the security forces stay on the same page in their fight against a common foreign force.