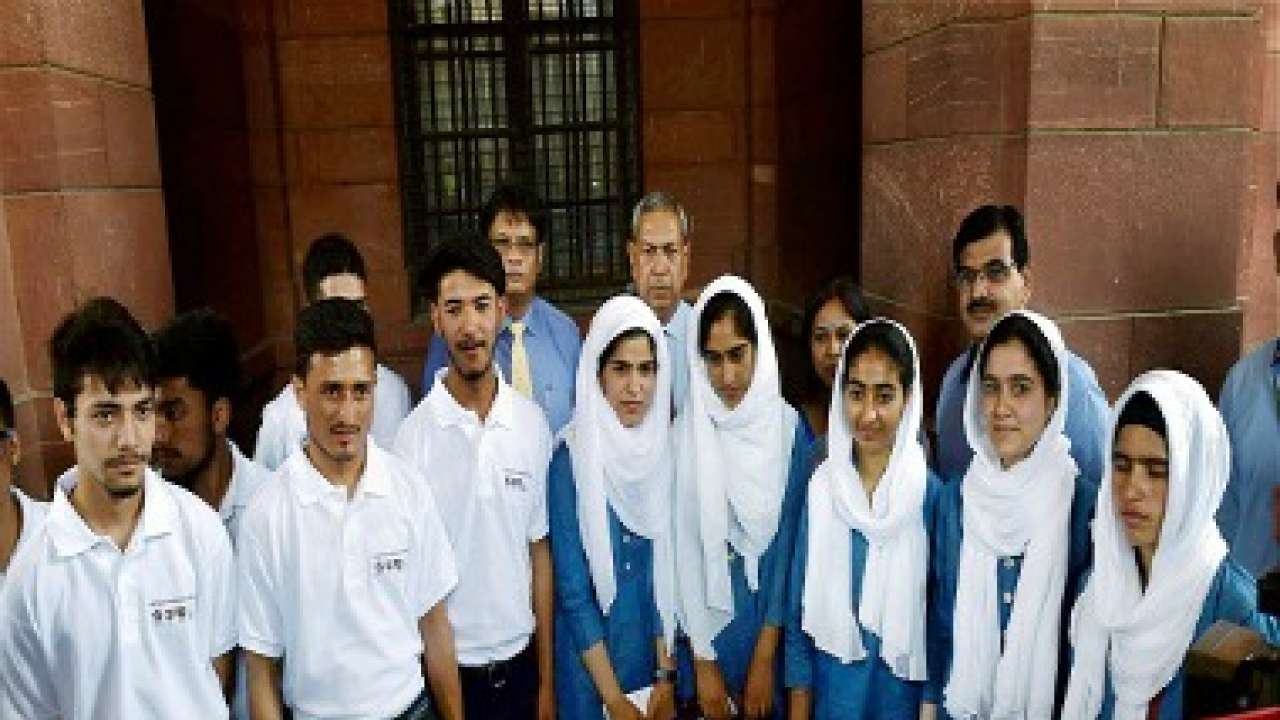 The need for a dynamic leadership to chart out the course of new Jammu and Kashmir that is emerging post reorganisation has been spoken of by many academicians and intelligentsia. In fact, one of the objectives of intensive grass root level elections that have been held in the state for the Panchayats, Municipal Corporations and even at the Block level is to throw up a new, young and vibrant leadership.

The emerging leadership will, first and foremost, need to look back to realise how politics of divisiveness and engineered violence pulled back the region for decades on end and brought about the unfortunate state of affairs  that are now prevalent. There were such so-called leaders in the region who carried out indescribable crimes at the behest of foreign powers and put a permanent blot on the age old culture and ethos of the enlightened Kashmiri society.

Ethnic extermination of Hindus was the first strategic objective given by Pakistan to its paid leaders about three decades back in late 1980’s. To provide support to the so-called leaders, Pakistan used the porous border of the times to infiltrate a barbaric terrorist rank and file that formed the vanguard of the evil Jihad to wrest Jammu and Kashmir from India.  That was a dark period in the history of Kashmir when people simply vanished due to evil machinations of Pakistan carried out through its client leadership.

The Pundits of Kashmir became the targets of one of the most savage ethnic cleansing pogroms ever to be inflicted on a body of people in the world as the terrorists, in concert with the leaders, went about fructifying their unholy agenda in a surgical manner. In less than six months thousands of hapless and dumbstruck Kashmiri Pundits were killed in the most brutal and savage manner. The killing was accompanied by torture and atrocities of a kind unheard of in the annals of history.

Brij Nath Shah of Kupwara was kidnapped on April, 27, 1990; two days later he was found hanging from a tree with his lips stitched together. Sham Lal of Anantnag was kidnapped in May, 1990; his hands and feet were chopped off and his skull battered. Brij Nath Kaul of Shopian and his wife were tied to a speeding vehicle; their mangled bodies were found ten kilometers away from their homes. Hundreds died and an equal number were reported missing with no guesses required about their fate.  The killings were conducted irrespective of age, profession and above all political affiliations.

The local population with whom Kashmiri Pundits had co-existed for generations did not come forward to assist them. How could they when their leaders had forbidden them from doing so with open threats and intimidation. The most horrendous diktats of terrorists were adhered to in letter and spirit; Hindus were denied treatment in hospitals; the kith and kin of those dead were not even allowed to perform their last rites in the manner prescribed by their religion. The Pakistani design of engineering mass exodus of Hindus from Kashmir thus became successful.

Over the years, this small but very diabolical leadership was built upon by Pakistan’s Inter Services Intelligence (ISI) to keep the pot boiling in Kashmir.  With Hindus out of the way it was now the turn of the Muslims to bear the brunt of Pakistan sponsored savagery. Frenzy was regularly whipped up by these people who specialised in creating an environment of unmitigated rage through invocation of religious and wholly skewered nationalist sentiments. The coffers of these leaders ticked even as normal families struggled to come to terms with the loss of their loved due to terrorist generated violence.

The inimical leadership looked upon the youth as a prime constituency for their objective of destabilising the region. They came up with various means to attract the youth and then exploited them for their evil ends. Many among those who got recruited as terrorists had little understanding of the ideals for which they put their future and their very lives in danger. They did not understand the evil intentions of Pakistani motive of subjugating and colonising the region as in the case of Pakistan Occupied Jammu.

The so-called leaders emotively showcased their sacrifices while their children received the best possible education through facilities provided by the very government that they spent a life time opposing. Progenies of the so-called leaders are now pursuing lucrative professions across the world, far from the miseries of Kashmir.

This duplicitous, self serving leadership of Kashmir has been marginalized by the people with rare courage and will power. Having done so, the people are now looking for a change. They want a leadership that is, above everything else, honest, genuine and also dynamic and new age. They want the new leaders to give primacy to the region, unlike what has been happening for decades on end. What is more important is that the new leadership sheds the baggage of the past and thinks differently.

The new leadership will need to shun politics of agitation and negativity that was designed to pressurise the centre into giving out doles. Jammu and Kashmir is rich in human resource capital, with a well educated and hard working pool of people available; it has abundant natural resources, great natural beauty and a very significant Geo-strategic location.  There is no reason for the Union Territory to lag behind. The new leadership, therefore, should strive for economic self sufficiency and an environment where the Union Territory gains, by merit, its rightful place within the Indian Nation as a premier and progressive region.

The people deserve a leadership that is strong, decisive, forward looking and capable of changing the debilitating status quo by learning from past mistakes and refusing to be manipulated by external forces; a leadership that has the ability to contest the evil policies that are constraining the march of their people towards peace and development.

(Jaibans Singh is a reputed analyst and author)