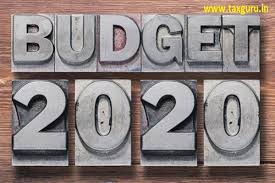 The Budget for the newly created Union Territory (UT) of Jammu and Kashmir for the financial year 2020-21 was presented to the Lok Sabha on Tuesday, 17 March, 2020. The Government had deliberately omitted presentation of the J&K and Ladakh Budgets along with the Union Budget so as to get adequate time to work out the packages, proposals and concessions for the newly two UTs.

The Central Government also cleared the supplementary demands for grants necessitated due to the bifurcation happening in the middle of the financial year 2019-2020. The present budget will be effective from April 1, 2020 to March 31, 2021.

The Budget for Jammu and Kashmir has crossed the threshold of Rs 1 Lakh Crore for the first time. It is a considerable jump from the earlier highest figure of Rs 89 Crore Approx. It is also notable that the previous figures included Budget for the Ladakh region which now has a separate equally generous Budget.

The enhanced allocations are in line with the promise given by the centre to give a boost to the process of development in the state, “A system which denied due rights to our brothers and sisters of Jammu, Kashmir, and Ladakh; a system which was a huge hurdle in their development has now been eradicated,” Prime Minister Narendra Modi had said during the parliamentary debate on the reorganisation bill.

The Union Finance Minister Nirmala Sitharaman also emphasised the development agenda of the Government in her speech during the presentation of the budget. “The budget for 2020-21 for J&K shall cross Rs 1 lakh crore for the first time, an indicator of our commitment to make J&K a model of development. This is the highest ever budget envisaged for Jammu and Kashmir,” she said.

While the efforts of the Government in the economic front are laudable, it should not be forgotten that Jammu and Kashmir is emerging, very slowly indeed, from the debilitating shadow of the gun and violence that remained dominant for decades on end. Many in the state have suffered tremendously due debilitating violence over a long period of time. Their family members were killed, houses destroyed, women raped and lives shattered during the terrible days when terrorism was at its peak. A large percentage of such victims of terrorism live in remote almost inaccessible areas where they have nothing more than the support of the Indian Army.

While it is well established that the Kashmir Pundit community suffered tremendously the fact that others too suffered an equal amount in the successive decades of violence cannot be sidelined. It is this segment of the citizenry in Jammu and Kashmir that needs special attention. The first step in this direct could have been a special mention in the budget.

Terrorism may be at an all time low but the danger is far from over. It is a known fact that the Pakistan side of the Line of Control (LOC) is lined up with launch pads full of terrorists ready to infiltrate at the slightest opportunity. All means are being used to enhance local recruitment and transfer weapons and money to sustain the terrorist infrastructure in the Kashmir Valley.

Further, the enemy remains determined as ever to resurrect the earlier times of divisiveness and disruption and is actively applying all possible means in the psychological and social domain to turn round the situation to his advantage. There will be attempts to bring back the times of Hartals (Strikes) and Bandhs (Lockouts) with attendant talk of Human Rights violations et al.

Economic activity holds the key for the well being of any region. At the same time, peace is a pre-requisite for economic upsurge. Security on the borders and in the hinterland of Jammu and Kashmir, especially so in the remote areas, is necessary for the economic activity to blossom.

The Government has been very generous and honest in its efforts to change the environment of the UT with a surge in economic activity and development. It has identified education, agriculture, tourism, rural development, employment and skill development as focus areas to meet its development goals. Agriculture and allied horticulture sectors have received an allocation of Rs 1,872 crore which is Rs 680 crore more than the previous year. Maximum thrust has been given to Rural Development, up from Rs 1,951 crore to Rs 5,284 crore and Education at Rs 2,392 crore, an increase of Rs 1,000 crore.

One matter that is not being discussed in the roadmap laid out for Jammu and Kashmir is Police reforms. There is an urgent need for increasing the strength and capability of the force with more boots on ground, infusion of latest technology for policing and intelligence gathering duties and latest training techniques. It is something that needs to be spoken of at par with development. The aspect probably is in the domain of the Ministry of Home, however, a reference to the government policy on the subject at the time of presentation of the budget would have been in order.

While the central Government is doing all it can to assist in the revival of the violence prone region, a large onus of responsibility also rest upon the people. The common citizen will have a big role to play if the development and security thrust of the centre is to bear fruit. Peace-loving Kashmirs’ outnumber the handful of Pakistan-sponsored trouble creators; their inaction has been encouraging terrorists and their handlers to wreck havoc. Now is the time to change the status quo. The people need to realise that only natural beauty and skill sets cannot attract tourists and investors, the environment needs to be equally conducive. It is up to them to join the Government effort to create the same. They have to use their passion and strength to shape their own future. The Government is but a facilitator.