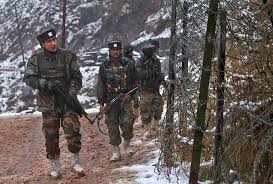 The state of Jammu and Kashmir has, of late, witnessed continuous ceasefire violations along the line of control, unrelenting infiltration attempts from the northern most corner of the Kashmir valley to the borders of Jammu and Kathua districts; a marked increase in terrorist initiated violence, especially targeting the security forces and a host of other security related challenges. The State government, with absolute support of the central government and the unrelenting efforts of security forces, is steadfast in its effort to counter the challenge being posed by hostile forces. In this confrontation, the government has the full support of the people which is the biggest motivator of all for all those who are involved in fighting off the evil designs. As a result, each salvo being fired to increase levels of violence or assist terror mongers in regaining a foot hold in the region is being met with abject failure.

With the intention of adding to the turmoil, attempts have been made to engineer disruption and divisiveness. The first such incident was the alleged desecration of the Holy Quran at Gool, Ramgarh that led to the death of four persons. This was followed by the incidents of sectarian violence in Budgam and Kishtwar that had a signature of deliberate engineering. All of these incidents would have erupting into major problems but for the sensitive handling by the government and maturity shown by the deployed security forces in the face of grave provocation.

The silver lining has been the successful conduct of the pilgrimage to the holy cave of Shri Amarnath that has witnessed resounding success due to orderly conduct. The smooth conduct of elections for the Hill Development Councils of Kargil and Ladakh has reaffirmed the firm roots of democracy in the State; this is yet another feather in the cap of the State administration and, of course, the people.

It is heartening to note that there are many sane voices emphasising on the need to maintain status quo so far as the security paradigm of the State is concerned. It is being, most aptly, pointed out that it was the assistance that the army provided to the State Police and the paramilitary forces that saved the situation in Ramban, Budgam and Kisthwar from escalating into a major security catastrophe. The army responded to the call of the State government despite being involved in an adverse situation along the line of control and also in countering some lethal infiltration bids in the hinterland thus indicating harmony in the joint effort to maintain security equilibrium across the State.

There are, however, many critical issues that require urgent attention. Jammu and Kashmir is seized, not with classical insurgency where a deprived people are raising a voice against the State, but with a menace of foreign sponsored terrorism that has only a sprinkling of local support due to predominantly financial interests. To counter the adverse internal security situation a legal frame work is required and this is provided for the security forces by the Armed Forces Special Powers Act (AFSPA). At times there are insinuations that democracy is not being allowed to function in the state due to imposition of AFSPA. This is a fallacy. How then would one explain the free and fair elections with massive participation of the electorate that are held regularly from grass roots upwards across the length and breadth of the state? The most recent example is the Hill Development Council elections in Kargil and Ladakh. If people were feeling oppressed and exploited their first act of rebellion would be boycott of elections as constantly motivated and indoctrinated by the separatist lobby of the state.

The situation along the line of control and in Indian territories under occupation of Pakistan and China across the line of control needs to be addressed with utmost seriousness. The ongoing cease fire violations are causing a lot of harm physically, economically and psychologically to the people residing in the areas. Also to be considered is the plight of the people of Pakistan Occupied Kashmir (POK) and Gilgit-Baltistan who have borne untold oppression ever since the partition in 1947 and continue to do so. If there was any respite to be hoped for with the advent of the new PML (N) government coming in power, it has vanished with the decision to go ahead with the Daimer-Basha Dam in Gilgit-Baltistan even as the Mangla dam in causing untold misery to the people of Mirpur and Muzaffarabad in POK. The locals in this unfortunate area do not have clean drinking water while their lands remain inundated to provide irrigation and electricity to other more affluent areas of the country, especially Pakistan Punjab.

This is a travesty against which India needs to raise a voice not only because these hapless people are Indian citizens under forceful occupation of a foreign power but also because such acts go against civil rights as acceptable in modern times.

India needs to be more firm in contesting the situation of its areas being under occupation of neighbouring countries. The time has come to put forth a strong case for return of its territory under forcible occupation as the best way forward to resolve the otherwise intangible border dispute. Pakistan has to be pressurised into forsaking the path of military adventurism that its army has embarked on with or without the consent of the new government. The leadership of the neighbouring country needs to be convinced that brinkmanship is coming in the way of the much needed talks to improve relations between the two countries that are more in Pakistan’s interest than India’s.

Even as the situation shows signs of improvement, the time to rest on laurels has clearly not arrived. Internal security challenges have to be met with firm resolve and the external neighbourhood has to be shown the path of righteousness.