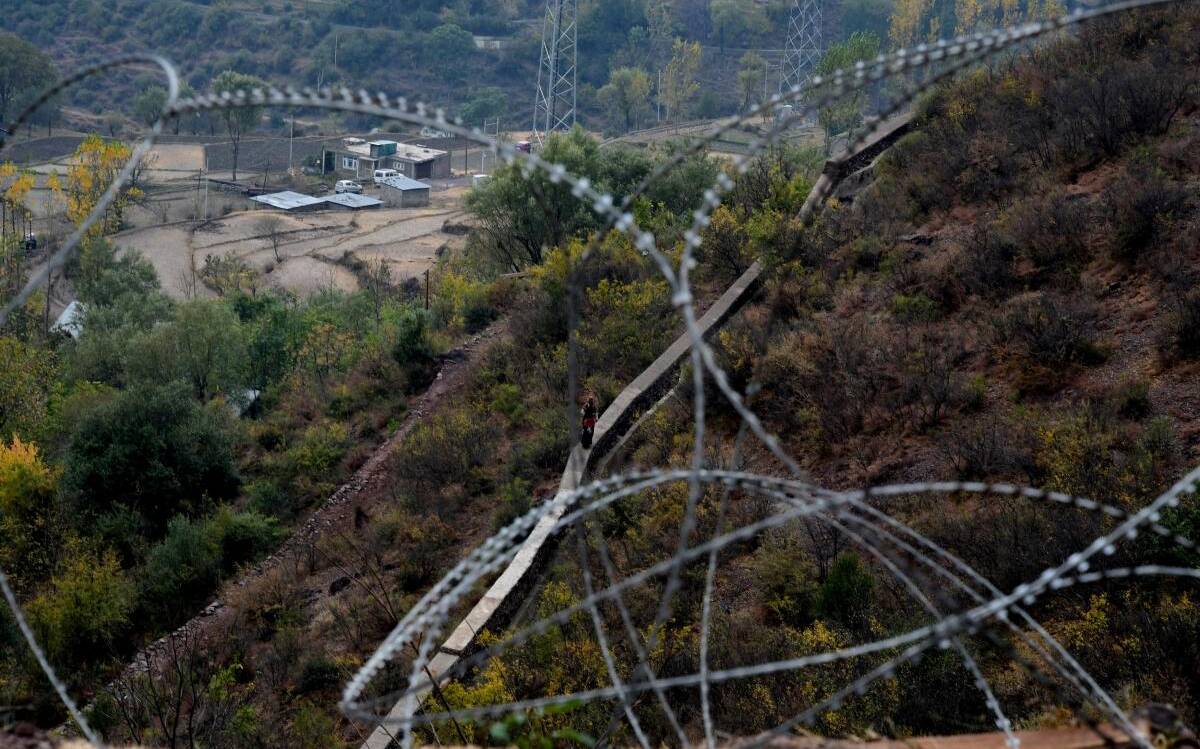 On 24 February, 2021, the Director General’s of Military Operations (DGsMO) of India and Pakistan jointly recommitted to ceasefire along the Line of Control (LOC) and International Border (IB) that was first declared in 2003. “In the interest of achieving mutually beneficial and sustainable peace along the borders, the two DGsMO agreed to address each other’s core issues and concerns which have propensity to disturb peace and lead to violence.” they said in a joint statement. Interestingly, the statement  came on the second anniversary of the Air strike by Indian Air Force on terrorist bases in Pakistan, also referred to as the Balakot Air strike.

This re-commitment brings in its wake both relief and scepticism. Relief, since it heralds a thaw, however slight, in the otherwise acrimonious relations between the two countries and will give a respite to the people living in border areas of both countries. Scepticism, since such assurances have come by a number of times earlier, only to be broken within a time frame ranging from a few days to a few months. The only time that the ceasefire actually held in letter and spirit for a sustained period of time was from 2003 to 2006, when not a single bullet was fired by both sides.

There is talk of some back channel activity leading to the ceasefire. Some Indian media reports speak of the same being an outcome of a meeting between the Indian National Security Advisor Ajit Doval with his Pakistani counterpart Moeed Yusuf in a third country. Moeed Yusuf, however, has categorically denied such a meeting. “I have seen claims by Indian media that attribute today’s ceasefire announcement between Pakistani and Indian DGMOs to back-channel diplomacy between me and the Indian NSA. This is baseless. No such talks have taken place between me and Mr. Doval,” he says in a tweet.

Surprisingly, some segments of Pakistan media have questioned the lack of back channel diplomacy. ” One unusual development, however, was the outright denial that any government-level back channel diplomacy was involved in reaching the ceasefire……. Some may actually see it as concerning because the denial implies that back channel talks are either not yielding any fruit or, even worse, are not even being attempted. This is because any eventual permanent resolution of the Kashmir issue would be diplomatic, rather than military,” says an Editorial in the Express Tribune, a Pakistani daily newspaper.

There were, however, indications of movement in such a direction over the last few weeks. The pace was set in beginning February  with Pakistan Army Chief, General Qamar Bajwa making unusual peace inferences. “It is time to extend a hand of peace in all directions…. Pakistan is a peace-loving country that has rendered great sacrifices for regional and global peace. We stand firmly committed to the ideal of mutual respect and peaceful co-existence,” he said. Later in the month, in the course of a virtual SAARC meeting, Pakistan did not mention Kashmir and instead dwelled on the COVID-19 situation exclusively. Also, India has recently allowed  Pakistani Prime Minister Imran Khan’s aircraft to use her airspace for his travel to Sri Lanka. “I welcome restoration of the ceasefire along the LOC. The onus of creating an enabling environment for further progress rests with India,” Imran Khan tweeted later. A constipated tweet, as usual, but one giving credence to the decision being well thought out at the highest level in Pakistan.

Such parleys by Pakistan are driven by the need to win favour with the US administration under Joe Biden  and to impress the FATF. Once again, FATF has placed Pakistan on the Grey List till June this year and may downgrade it to the Black List thereafter. Pakistan will do whatever it can to offset such economically disastrous consequences.

There is also the possibility of a nudge in this direction coming from China since the country now wants to play a dominant role in the “global economic recovery spectrum” and would like to shun acrimonious issues pertaining to its colonies like Pakistan. It can, after all, change track with the drop of a hat.

The ceasefire comes with its own set of challenges. There remains a conviction among Indian strategic experts that Pakistan will not stop its attempt to infiltrate terrorists into Kashmir. Hence, for the troops deployed along the LOC, the challenge lies in the modality to be adopted to check this infiltration while also maintaining ceasefire. Of course, Pakistan will also have to work out modalities for continuing the infiltration process without cover of artillery and small arm fire.

This aspect becomes absolutely clear from the statement given by Lt. General YK Joshi, Army Commander, Northern Command, Indian Army. “Recently, the Director General of Military Operations (DGMOs) of India and Pakistan have announced an agreement to uphold a ceasefire along the LOC from February 24 and 25 midnight. I want to assure that this ceasefire will have no bearing on the counter-terrorist operations and we will maintain our alertness,” he said. This statement leaves no doubt about the manner in which the Indian Army will react to provocation by the Pakistani forces. Hence, “the onus of creating an enabling environment for further progress” rests not with India as Imran Khan suggests but with Pakistan.

As a future diplomatic course, Pakistan is likely to insist upon resumption of a dialogue process on the Kashmir issue. Psychological operations by Pakistani media to pressurise Indian in this direction has already commenced.

There remains the ominous possibility of the exercise being effectively dislodged by the rabid fundamentalist lobby within the Pakistan army in association with the militant warlords. Even General Bajwa has no say in front of this powerful lobby, what to talk of Imran Khan. They have scuttled such attempts too many times earlier and are quite capable of doing  so again.

India cannot afford to set aside the reality that relations with Pakistan have traditionally remained complex and distrustful. The best option, therefore, is to remain positive about the possible success of the initiative while also remaining alert and vigilant as has been made amply clear by Lt. General YK Joshi.

(Jaibans Singh is a strategic analyst, columnist and commentator)