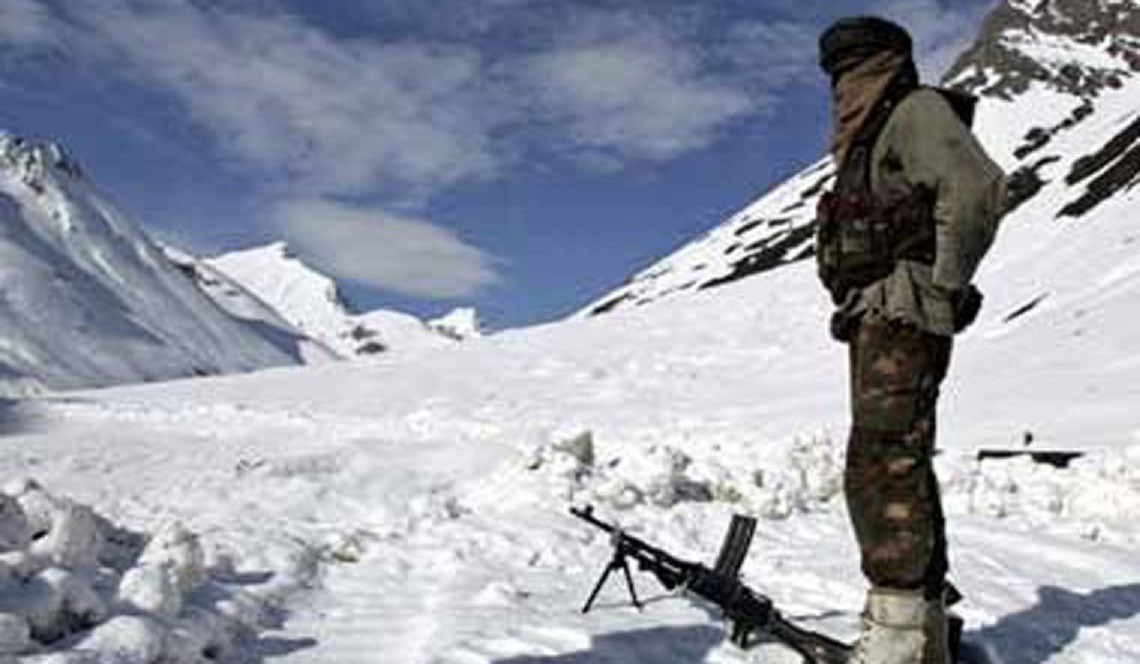 As the eventful year -2020 comes to an end, one is reminded about a huge public outcry that was triggered by the so-called Chinese intrusions in Eastern Ladakh mid-year.  Suddenly a bevy of self appointed “strategic experts” surfaced to give an impression that China was rapidly engulfing Ladakh. The matter exited media and public interest as suddenly as it came making it very apparent that we, as a nation, lack strategic depth in our thought process. For many in India, national security is no more than a TRP generating media hype that gives an opportunity to make a fast buck, mainly by hounding the Government.

This piece is being written as a reminder that, despite the media meltdown on the subject, not much has changed along the Line of Actual Control (LAC) in Eastern Ladakh, except that extreme control conditions are making it more challenging for the deployed troops to man their posts. The Chinese are sitting where they were earlier and showing no intention of moving back despite Indian insistence  for restoration of the status quo ante.

Undoubtedly, China is losing diplomatic space globally while India is gaining ground for her righteous stand. The apprehensions that India voiced about the Belt Road Initiative (BRI) are today being accepted globally, much to China’s discomfiture. Anti-China sentiment has gained traction over the preceding year with friction witnessed in the country’s relations with the United States, Japan, Australia and of course India. US President, Donald Trump has played out his last card against China recently with the US Congress passing  the Tibet Policy and Support Act (TPSA). The big takeaway of the Act is that it will  block Chinese intentions of controlling the succession plan of the Dalai Lama. The TPSA also gives to India an opportunity to rethink her Tibet policy and put in place the necessary course corrections.

Despite the aforementioned diplomatic accretions, for the serious thinkers, the Chinese threat to India continues to be very real and very potent. While looking in hindsight at the mdi-2020 intrusion it becomes necessary to give due credence to the Indian refusal to cow down to Chinese pressure. It was so because Indian military infrastructure in the Ladakh region has grown to an extent where thwarting Chinese expansionism has become feasible. The build up of Indian infrastructure was, incidentally, the main reason for the Chinese  aggression in the first case. It was something that China did not like and continues to not like. Increased volatility on the LAC therefore is very much on the cards once the weather opens up.

For India, the threat remains more potent since the collaboration between China and Pakistan is becoming stronger by the day. With the US and Middle East countries like Saudi Arabia and UAE cooling towards Pakistan, the  economic dependence of the country on China has increased exponentially. In recent time the two countries have joined together to corner India on the Kashmir issue. The hawkish posture that Imran Khan has adopted on Kashmir is largely based on Chinese support. China will continue to use Pakistan as a cat’s paw against India and up the ante at will.

Such aggressive and collaborative military presence on two fronts leaves India with no choice but to  keep its military deployment along the crucial frontiers at a very high level. Open conflict can be discouraged only with a credible deterrent on ground.

It, however, has to be admitted that all is not well with Chinese expansionism in Pakistan. Recently attempts by the federal Government of Pakistan along with the China CPEC authority to cordon off large sections of the Gwadar port  with a barbed wire fencing on the pleas to improve security were thwarted by the Provincial Government of Balochistan. “The local people will not be kept away from decision making about Gwadar and a decision about fencing would now be taken after taking the local people into confidence over the issue,” said Ziaullah Langove, the Home Minister of Balochistan while reversing the plans to create Pakistan’s first “sealed city.” Pakistani Intelligentsia has, since long, been cautioning against too much dependence upon China.  “Chinese assistance in the development of the province’s infrastructure and the port of Gwadar has been significant but involvement of its people in projects and sense of ownership is crucial,’ says Talat Masood, a senior geo-political analyst of Pakistan, while adding that the nation should make serious attempt to develop a self-sustaining economy.

Pakistan may be the most significant protagonist in the Chinese game plan against India but it is not the only one. China is playing a larger game at the regional level. It has greatly increased efforts to isolate India in her own neighbourhood. The degree of success being achieved can be gauged by the tensions that India is facing in her relations with Sri Lanka, Nepal and even Maldives and Afghanistan. So, while the West, US, Japan, Australia etc can rest easy with Indian support, India is facing a host of problems created by China.

The situation can blow up into full scale hostilities at any time. India therefore needs to have credible military counter measures in place. This is the best time for the government to act since there exists across India a strong anti-China sentiment. The spate of foreign visits by the Indian Army Chief, General MM Naravane  along with the restructuring of the Armed Forces and equipment procurement are positive steps in the right direction, more needs to be done on an urgent basis.

The issue at hand remains lack of strategic foresight. Will the fractured Indian political environment stand together at least for national security? The earlier examples do not give much confidence in this regard. The backlog in equipment is so large that unprecedented measures are required to cover it, would the government be able to generate the will to face the challenge?

India cannot legislate what China and Pakistan will do, she can only be prepared to respond to Chinese malevolence with strength. The challenge is to create the required strength to do so.

(Jasbir Sarai is an Army veteran and social worker)