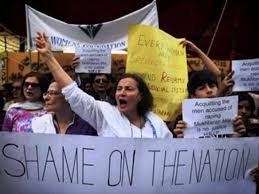 As the world prepares to observe Human Rights Day on December, 10, focus should be laid on the human rights nightmare that Pakistan is today. The country has, for long, been pursuing a policy of persecution of minorities. The growing signature of militancy based on a fundamentalist concept of Islam has created a perennial situation of conflict and violence against minorities across the nation, marked with attacks of religious places, summary executions, kidnapping, extortion, forced marriages etc.

The brutality and duplicity of the Pakistani deep state became visible a decade back during the siege of the Lal Masjid (Red Mosque) in July, 2007. The then dictator of Pakistan, General Pervez Musharraf, conducted a military operation with the so-called objective to liberate the Mosque from the stranglehold of militants. What he conveniently brushed under the carpet the fact that the Pakistani deep state had, for long, been supporting the two brothers, Abdul Aziz and Abdul Rashid, who ran the Masjid. The need to attack the Mosque emerged from his requirement to get on the right side of the US from where he was facing heat to act against the burgeoning population of militant warlords.

The eight day siege led to the death of more than 150 civilians, mostly, innocent students. Several score students, both male and female, were arrested and their fate is not known.

Pakistan has not seen a letdown in violence against minorities and innocents ever since, despite the switch over of governance from dictatorship to a democracy. It is so because the Army continues to call the shots! In so doing it has not relented upon its policy to go soft on fundamentalist militant organisations that it considers to be its strategic assets.

The impotence of the Pakistan’s so-called democratic government in the face of fundamentalist dominance came to the fore recently in the case of the Christian lady, Asia Bibi.   Asia Bibi has been interned in Death Row since 2009 under the draconian Blasphemy Law of the country. It is to the credit of the Supreme Court of Pakistan that it reversed the death sentence served to her by the lower courts.

It is however, the events after the verdict that cast a shadow on the entire proceedings. Militants in a fit of rage went on a rampage across the country, destroying property and resorting to vandalism. They openly harassed and threatened Asia Bibi and her family; her lawyer was forced to flee the country, the Christian community was left trembling for fear of physical violence. The rabid leadership of the fundamentalists went to the extent of instigating people to murder the Judges who have rendered the judgement.

The riots propelled Prime Minister Imran Khan to address the nation. In his address he spent more time in establishing his Islamic credentials than to warn the errant law breakers. He was hailed as an embodiment of courage for having upheld the law of the land. The persona of courage, however, fell flat when he promised that Asia Bibi and her family would not be allowed to leave the country and the Government would not block a review petition of the verdict. This act of capitulation by the prime minister irretrievably damaged whatever little trust that existed between the Pakistani state and the minorities of the country.

Persecution is not restricted to the Christian minorities alone! Ahmadiyas’ were declared non-Muslim in 1974 and were further deprived through an Anti-Ahmadiya Ordinance in 1984. They vote as non-Muslims and are denied equitable job opportunities; there are severe restrictions to their entry in professional institutions which hampers their right to education. Restrictions have been imposed on the production of Ahmadiya literature. Sections 298-B and 298-C of the Pakistan Panel Code debars Ahmadiyas from calling their place of worship a Masjid, there have been instances where the police has torn down minarets of an Ahmadiya place of worship because they resembled a Mosque.

Shia Muslims across Pakistan and especially in the occupied areas of Gilgit-Baltistan have been subjected to massacres and bombings of religious places/congregations, economic deprivation, curbs on right and liberties, restrictions on freedom of speech etc. Journalists face prosecution for speaking against the government and many local publications have been banned. Law enforcement agencies have extraordinary powers that are used to suppress the people. The authorities can detain anyone without due process of law, engage in electronic surveillance, conduct search and seizures, and use military force wherever deemed necessary. Local leaders are facing terrorism charges.  Innocent people there are being framed under Schedule 4 of the Anti-terrorist Act even as actual terrorists create mayhem. Pakistan is home to about six lakh Shiite Hazara Muslims mainly in Quetta, Balochistan. This hapless community is being specifically targeted by terrorist groups like Lashkar-e-Jhangvi and Sipah-e-Sabah.

At the time of partition, Pakistan had 11 to 12 percent Hindu/Sikh population. When considered in terms of the existing population levels of the country, the present strength of the Hindu/Sikh community should be around one 10.5 Million; on ground it is a miniscule three Million which is barely 1.5 percent of the population. 10,2 Million minorities have vanished in thin air. Hindus of Sindh Province have been divided into the high caste and schedule caste categories in order to marginalise their strength as a political entity. An attempt is being made to change the demographic pattern by settlement of Punjabis in the Province. Pakistan is determined to exist as an Islamic State comprising only of Sunni Muslims. The unwritten policy to attain this objective is to exterminate the minorities through terror attacks and pogroms or convert them or force them to migrate, mainly towards India. The government and other institutions make the right noises about protection of minority rights that helps keep international scrutiny at bay, but, on ground, there is a conspiracy to finish them in totality. Pakistan has been carrying out the most insidious ethnic cleansing over the last six decades right under the eyes of the world.

There is enough evidence available about Pakistan’s sinister agenda but the world has been turning a blind eye to the same. It is time to face this  gross reality and act before it is too late. The best time to start is right now on Human Rights Day.

(Jaibans Singh is a reputed Geo-strategic analyst and author)