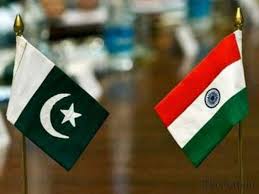 Political parties in India have been following a somewhat similar policy so far as relations with Pakistan are concerned. As a principle opposition party BJP has traditionally rendered all support to the ruling UPA coalition in meeting the recalcitrant challenges and misadventures emanating from the neighbouring country. The BJP has, however, on more occasions than one criticised the “soft” approach of the government when it comes Pakistan’s blatant export of terror to India (especially so in the Kashmir valley) and the frequent ceasefire violations on the line of control. The options that have been presented include a proactive response on the borders and complete breakdown of dialogue till Pakistan does not relent from its obdurate ways.

The UPA government, on its part, has also opted for a breakdown in the talks after a number of unsavoury incidents like the Mumbai terror attack, beheading of an Indian soldier along the line of control etc, only to relent after some time and resume the dialogue. The dialogue, by itself, does not seem to be making much headway. Pakistan has still not granted to India the much awaited and reciprocal “Most Favoured nation” status; the country has made no attempt to meet India’s justified demands of punishing those involved in the Mumbai terror attack and stopping terror activities against India from Pakistan soil, among many other issues.

To engage or not to engage Pakistan in dialogue will be a challenging poser for the new government that will be sworn in post the ongoing elections.

Undoubtedly there is a strong case for not holding a dialogue till such time that Pakistan does not meet the preconditions laid down by India over the years. After all, for how long can India tolerate Pakistan’s assault on her sovereignty and then indulge in deceitful diplomacy to deflect the blame from itself. This leads to a palpable trust deficit between the two countries.

Some in India argue that the two countries should go their own ways and not engage with each other till such time that a new, more tolerant, generation comes by. In other words, give each other space and time to breathe. The question is – would the fundamentalist leaders in Pakistan ever allow a tolerant attitude towards India gain a firm footing in Pakistan? The anti-India tirade by fundamentalist leaders like Hafiz Saeed and Maulana Masood Azhar is carried extensively by the Pakistan media, especially the Urdu press, to create an unassailable environment of hatred on religious grounds. Instead of being jailed for their criminal terrorist activities against India these rabid elements are given a free run. A few people of the elite in Pakistan may be motivated towards emancipated thinking but the larger majority continues to look towards India as enemy number one. Not talking would give a clear run to the radical forces in Pakistan to whip up anti-India sentiment to an extent that reconciliation in the future will become next to impossible.

Somebody on the internet has given a very lucid interpretation of the situation, “if you wish to kill cockroaches (terrorists) why burn down the house.” The problem here is that trust deficit extends to the inmates of the house along with the cockroaches.

There are other reasons that justify keeping the door of dialogue open. The two countries have a festering border dispute; there are Indian areas like Pakistan Occupied Kashmir and Gilgit-Baltistan under illegal occupation of Pakistan, the people of these areas are being denied their rights and are being persecuted. Mistreatment of minorities in Pakistan to include Hindus, Sikhs, Christians, Ahmedias, Shias, Hazaras and other non Sunni segments of the population is also something that India needs to involve itself with at the bilateral as well as the international level. The best way to address these and other such issues is diplomacy, not war and conflict.

The nuclear status of the two countries makes the need for dialogue even more urgent, communication has to remain open to avoid a possible accident that would cause untold damage. The international concern for the nuclear flashpoint status of the sub-continent has to be addressed more by India being the more mature yet dominant and powerful nation.

Good relations with Pakistan can reap tremendous gains. The two countries have common issues of terrorism, radicalism, poverty, health care and development to tackle; if by any means the two countries can set aside their differences and engage in a beneficial manner the people will benefit tremendously. India being the bigger power has to show magnanimity and as such the responsibility to absorb negativity and exude positivity falls on the country. If India does what Pakistan is dong than what would be the difference between the two?

“In politics there are no permanent friends and no permanent enemies; there are only permanent interests.” The incoming government should view relations between India and Pakistan purely from a strategic perspective without giving to it a historical or personalised tone and tenor. In fact, an effort needs to be made to go beyond the rigidity that has been manifest by the bureaucracy of the two countries and those in the political spectrum who have an interest in keeping the pot boiling. Some bold and statesmanlike decisions may change the course of history. Of course, all this cannot be done immediately, diplomacy has to be played out with a gradual step by step approach, but if the political will is there a lot many hurdles can be crossed. India needs to find solutions that go beyond negative posturing by Pakistan. At the same time the interests, stature, dignity and sovereignty of the country have to be kept paramount.