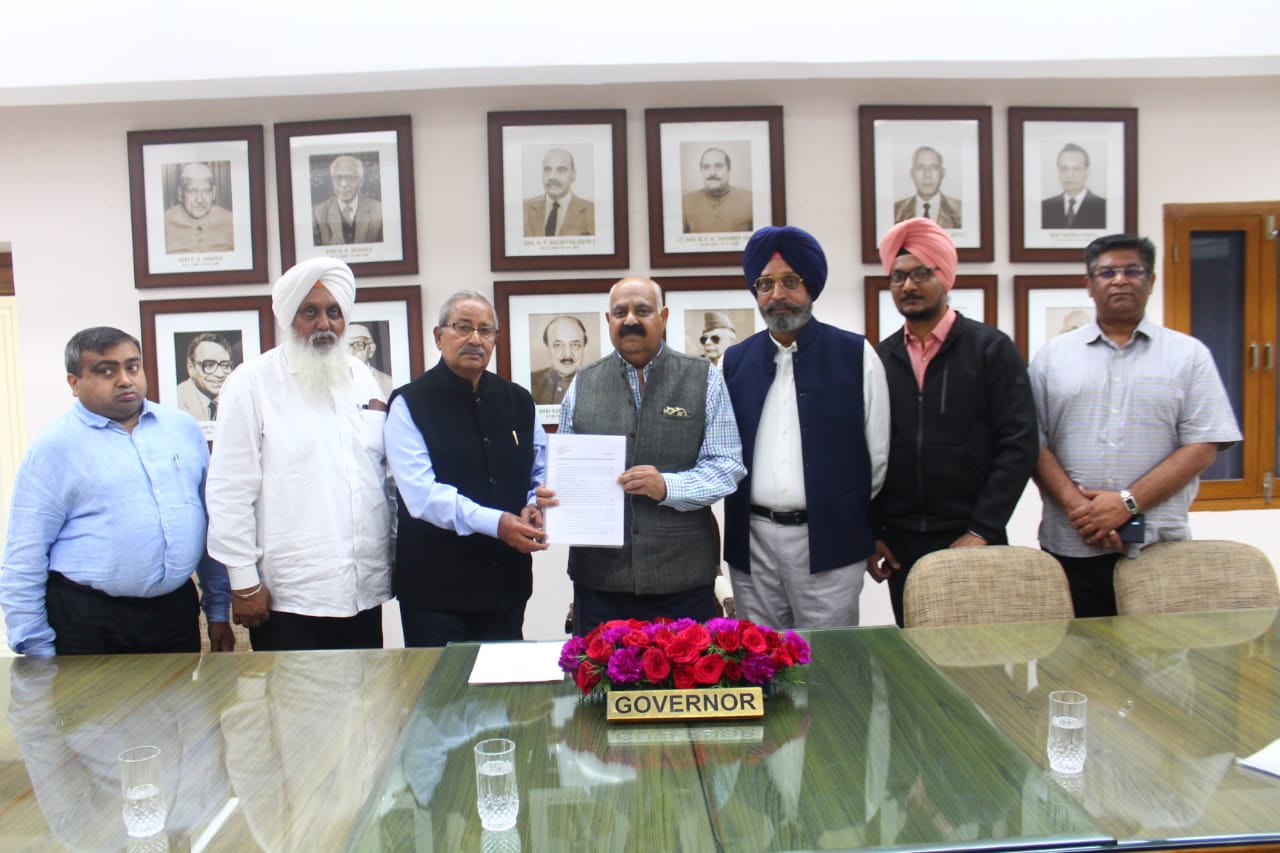 Chandigarh, Raj Bhawan: Eminent citizens of Punjab met with Shri VP Singh Bandore, Hon’ble Governor of Punjab, and petitioned the Government of Punjab, through his good offices, to make full use of the provisions of CAA and to grant early Citizenship in India to Hindu,  Sikh, Christian, Jain and Buddhist minorities of Pakistan who have fled the country, due to intolerable persecution,  and taken refuge in Punjab, India.

This group comprising of prominent Military and Police Officers, Bureaucrats, Academicians, Journalists and Lawyers belonging to Punjab had organised a discussion on, “Citizenship (Amendment) Act, 2019 (CAA): Implications for Punjab” on 07 February 2020 at Union Territory Guest House in Chandigarh.

Members of some families from Pakistan that have taken refuge in Punjab, India, also participated in the discussion and gave their firsthand account of the situation in Pakistan and the problems faced by them after their arrival in India.

The refugees from Pakistan related heart-rending stories of restraint on freedom and blatant persecution of the aforementioned minorities in Pakistan. They said that they and their kin were not allowed to hold marriage celebrations or even cremate their dead in accordance to their customs without permission of authorities. The young girls of minority communities are forcibly converted to Islam and then married to Muslims. Police does not bother about their complaints and no investigation is undertaken. They were denied education and equality in Job offers and converted into second class citizens to live always under the shadow of fear and intimidation.

It was further established that a large number of persecuted Hindu and Sikh families in Pakistan are even now looking for means to leave the country but finding it difficult due to enhanced and stringent restrictions on their applications for a Visa to visit India.

Those who have managed to come to India have got their freedom but their troubles are far from over. The process of getting Indian citizenship is long and arduous so they are living a life devoid of any identity. This adversely affects their progress and that of their children.

“These unfortunate people feel that it is only Punjab that can understand their problem and their plight,” said Jaibans Singh, one of the steering members of the group that met the Hon’ble Governor. “If Punjab does not come forth to assist us then who will?” he added.

The refugees sent a fervent appeal to the Government of Punjab was to take the lead in applying the provisions of CAA and get them Indian Citizenship. The meeting of eminent citizen, thus, resolved to project the case of the refugees to the Government and it was in pursuance of this promise that the Hon’ble Governor was petitioned