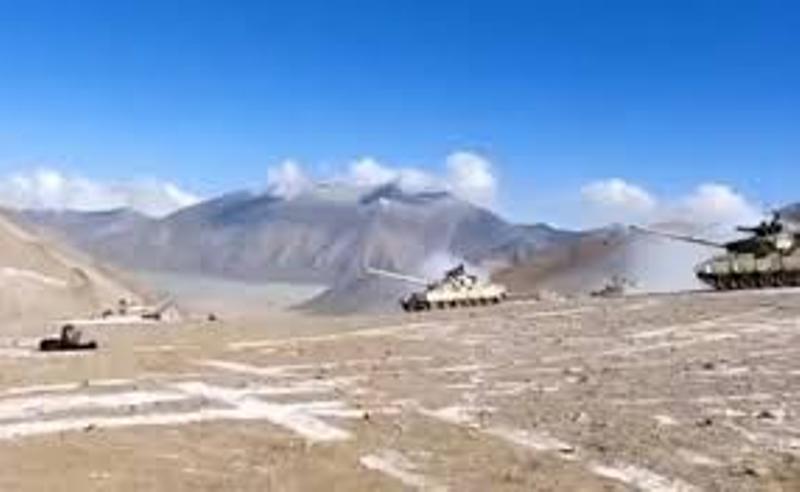 On February, 10, India and China began a “synchronised and organised disengagement” from the north and south banks of the Pangong Tso Lake. The information was first given by the Chinese media, the next day Defence Minister Rajnath Singh made a statement in the Parliament confirming the same.

“I am happy to inform the House today that, as a result of our well thought out approach and sustained talks with the Chinese side, we have now been able to reach an agreement on disengagement in the North and South Bank of the Pangong Lake. It has also been agreed to convene the next meeting of the senior commanders within 48 hours after the complete disengagement so as to address and resolve all other remaining issues.”

As is usual, the eternal pessimists in India who like to pass themselves off as “journalists and analysts” were quick to denounce the disengagement as nothing more than lies. one would, however, not like to respond to such slander being spread by these so-called specialists who are nothing more than rabble rousers. It is time for them to earn their daily bread.

The fact of the matter is that the Indian side has carried out very succinct, determined and hard-nosed negotiations to get to a point where the Indian perception remains  dominant. One cannot but agree with the Defence Minister when he says that the Indian Army dealt with the crisis in an appreciable manner. “I would like this House to join me in paying gratitude to our armed forces who have shown grit and resolve under these extremely harsh climatic conditions of Ladakh which has resulted in the present agreement,” he said.

It is also heartening to note that India, while speaking of the Line of Actual Control (LAC) has made it clear that the main point of border resolution lies in China returning back Indian territory under its forcible occupation. “China illegally occupied approximately 38,000 sq. kms in the Union Territory of Ladakh, mainly during the 1962 conflict. In addition, under the so-called Sino-Pakistan ‘Boundary Agreement’ of 1963, Pakistan illegally ceded 5,180 sq. kms. of Indian territory in Pakistan Occupied Kashmir to China. China, thus, is in illegal occupation of more than 43,000 sq. kms of Indian territory,” said the Defence Minister. It is apparent thus that the success achieved in the talks is simply the first step in a very big challenge posed to India by the Chinese.

China has  agreed more because, at the moment, it has bitten more than what it can chew. On February, 9,  a French nuclear attack submarine with two other navy ships conducted a patrol through the South China Sea (SCS) as confirmed by the French Defence Minister Florence Parly.  “Why such a mission? To enrich our knowledge of this area and affirm that international law is the only rule that is valid, whatever the sea where we sail,” she tweeted. This patrol is part of a larger deployment of two US and one UK carrier groups and navies of  Australia and Japan in the SCS at the same time. This is a part of the initiatives by the Quadrilateral Security Dialogue (QUAD) that involves the US, Japan, Australia and India. The joining of the UK and France in naval exercises is a significant development. The  policy now being spearheaded by US President Joe Biden and his team is “you attack one, you attack all.”  China is definitely feeling the heat that will increase post a QUAD meeting scheduled shortly. The softening of the stand of the Chinese in eastern Ladakh has a lot to do with this factor. China is also facing acute administrative issues in its deployment in eastern Ladakh. It has deployed rookie conscripts who have since long completed their tenure and are eager to get back. The Indian troops are professional soldiers with a well coordinated rotation plan in place.  Hence, the tone and tenor of the Chinese negotiators in the last few rounds of talks was more conciliatory and reasonable.

The Indian defence Minister has stated that talks for the remaining issues will resume after complete disengagement in the Pangong Tso Lake area. These talks will include areas like Gogra, Hot Springs and Depsang. These areas, especially Depsang, will also pose a very big challenge. Depsang is critical because of its vast plains and the strategic Indian communication systems placed there. The Depsang dispute, however, goes back to the big incursion by the Chinese in 2013 for which reason the negotiations are bound to be far more complex. India has already built up a sizeable mechanised element in Ladakh with state-of-the-art Tanks and Infantry Combat Vehicles and is well prepared for all eventualities.

The Indian side is determined to hold the negotiations from a position of strength in keeping with the three key principles of both sides strictly respecting and observing the LAC; neither side attempting to alter the status quo unilaterally and both sides abiding in their entirety with the understandings reached.

While there is much to cheer about with regard to the recent disengagements there is also much to be concerned about. China simply cannot be trusted. Even as the disengagement was underway the Chinese President Xi Jinping was telling his troops, “During the Spring Festival, the entire army must strengthen combat readiness on duty to guard national security and the happiness and tranquillity of the people.”  The implication is loud and clear – things can change anytime.

India therefore needs to remain proactive. Diplomatically she has to strengthen her position in the QUAD and insist on sanctions being placed on China in case of any further transgressions along the LAC. India should also engage with Taiwan, Nepal and Bhutan and flag the humanitarian issues being faced in Chinese colonies like Tibet and east Turkmenistan.

Militarily we need to build upon our resources on a war footing for which the latest defence Budget seems to be inadequate; more resources will need to be allocated, Waiting for China to raise the red flag before acting will be detrimental. Vigilance of the highest order along the LAC with immediate and aggressive response to a situation would be necessary.