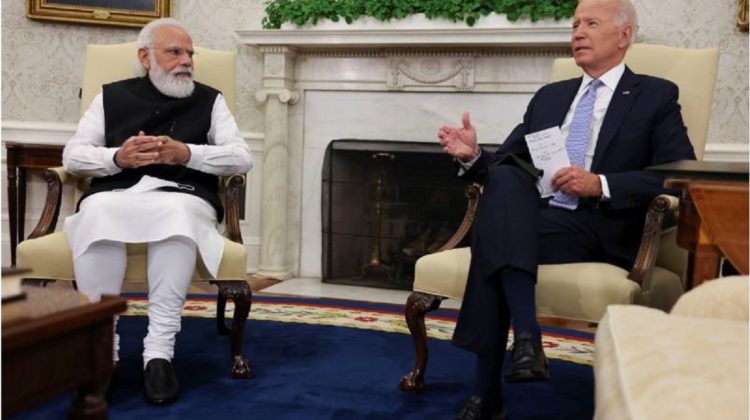 The 76th session of the United Nations General Assembly (UNGA) witnessed the usual fireworks between India and Pakistan. The ball was set rolling, as usual, by Pakistani Prime Minister Imran Khan who addressed the Assembly virtually. Khan, instead of taking a statesmanlike position, chose to once again parrot his favourite cliques against India. He opined that India has unleashed a “reign of terror” on Muslims and that the ruling dispensation in India is fascist in nature. He directly accused Prime Minister Narendra Modi of rescinding the autonomy of Kashmir.  After making all the customary accusations he came back to his oft repeated moot point of peace in South Asia being contingent to the resolution of the so-called Jammu and Kashmir dispute

By now India is aware of the line that Khan would take in such international forums and her UN representatives immediately called for the right of reply in response to Imran Khan’s references to the Indian Union Territory of Jammu and Kashmir. This year the reply was given by a young First Secretary in India’s UN mission, Sneha Dubey. Who joined the hallowed circle of her predecessors like Enam Gambhir and Vidisha Maitra in lambasting the aging cricketer turned politician.

Sneha Dubey most aptly described Pakistan as being an “arsonist disguising itself as a fire-fighter.” “Member states are aware that Pakistan has an established history and policy of harbouring, aiding and actively supporting terrorists. This is a country that has been globally recognised as openly supporting, training, financing and arming terrorists as a matter of state policy,” added Sneha Dubey in her fiery speech while also calling upon the neighbouring country to “immediately vacate all areas under its illegal occupation.” Her speech has become a Twitter sensation with all good remarks. Its acceptance in the UNGA, reflects that the world does not subscribe to what Imran says.

Prime Minister Narendra Modi also addressed the UNGA. His was, as always, a statesmanlike speech which focussed more on Afghanistan. He highlighted the need to assist the hapless people of Afghanistan who are facing tremendous hardship due to the ongoing power struggle in the country. He especially flagged the need to provide succour to women, children and minorities of the country. At the strategic level he said, and rightly so, that it was imperative to ensure that the country is not used as a base to spread terror. “We … need to be alert and ensure that no country tries to take advantage of the delicate situation there, and use it as a tool for its own selfish interests,” he said. PM Modi did not refer to Pakistan directly and thus maintained the norms of the address to the UNGA by a head of state. In the UNGA, it was advantage India all the way with Imran Khan getting egg on his face.

Before the UNGA address PM Modi had met US President Joe Biden personally and also the QUAD leadership. At no stage was any apprehension raised by the world leaders about the situation in Kashmir.

It is now very clear that the world has accepted the changes that India has made in her erstwhile state of Jammu and Kashmir through the established parliamentary process, which implies that the diatribes of Imran Khan are inconsequential. 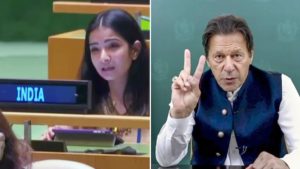 By institution of the much required changes India stood in the cusp of a monumental decision. At that stage there was both approbation and criticism even as the tilt remained towards the former. In international circles the reaction from Pakistan was and continues to be virulent, but the country has failed to garner support from other nations except China and that also to a limited extent. The Government of India has exhibited extraordinary will and courage of conviction in breaking Pakistan’s bogey.

The Government is seized with the challenge to provide peace, negate divisiveness and accelerate development within the state. The message to the people is “You root for peace and democracy; the nation will work with you towards employment, development and prosperity.”

The people of J&K need to strengthen the roots of democracy in their state; they need to integrate with their nation and onwards with the world. They need to optimise the resources that their nation is providing for their uplift. This aid is not a favour; it is a necessity to facilitate them in getting over the troubled era of foreign sponsored terrorism; they do not need to show gratitude, they simply need to put it to good use.

The evolving situation has also opened for the people a window of opportunity to go for a leadership change. The new leadership of Jammu and Kashmir should be such that shuns ideological contradictions that are the main cause behind the divisiveness and disruption which plagues the society. The leadership should remain focussed on the well being of the people while following the path of good sense and moderation.

Despite diverse geographical regions and demographics, Jammu and Kashmir has forever remained rooted in a spirit of brotherhood, mutual trust, democracy and the ability to understand each other’s point of view. It is to the credit of the people of the state, especially the Kashmiri population, that they have kept their faith in democratic tenets even in the worst of times. They have, forever, maintained that their problems cannot be resolved by the gun.  It is these qualities which will now help in building a new era that will see the people achieving their lost glory

The malevolent shadow of Pakistan that has been lingering over the state since partition of the sub-continent in 1947 is gone forever. The people of Jammu and Kashmir can now make decisions in the manner that they deem fit. Pakistan, UN, Organisation of Islamic Conference, US, Saudi Arabia and others to whom their self professed leaders used to go running for help and assistance are not likely to interfere any more.