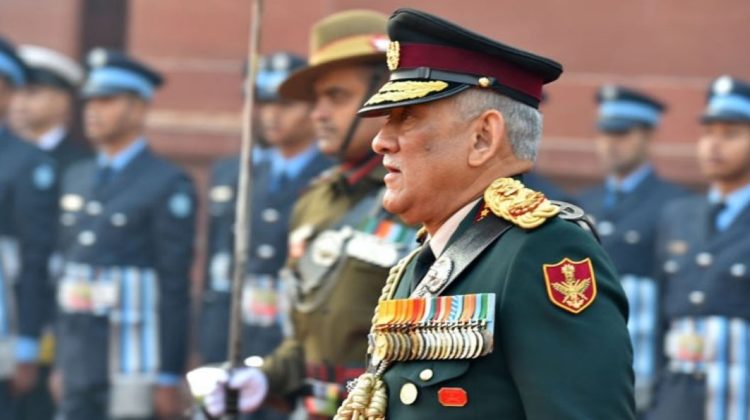 The government of India has recently issued a notification regarding appointment of Chief of Defence Staff (CDS). According to this notification, the CDS may be appointed from among serving as well as retired three or four star rank officers from all three services — Army, Navy and Air Force — subject to their being less than 62 years of age. This indicates that the announcement of a new CDS is also imminent.

The list of potential candidates has been expanded to include three star rank officers and retired officers as well. This has ostensibly been done to give more choices to the leadership in making the right selection for this very crucial post.

In my view, it is a good idea to expand the choices, especially in the early years of having a CDS when India has recently embarked on a process of integration between the three services, which is a military need of the hour. The Chiefs are also selected from among the three star Commander-in-Chief level officers. Moreover, the officer who is appointed as CDS will be promoted to the four star rank anyway.

The first CDS, Gen Bipin Rawat tragically died in a helicopter crash in December last year. The post has not been filled in for the last six months. By expanding the choices to include recently retired three star rank officers, India will be able to appoint the best suited person to carry forward the process of integration of structures and processes. In the USA too, a retired general was recalled to kick start the process of integration after the Goldwater Nichols Act was enacted in 1986.

The foremost role that the CDS plays is to render a single-point military advice (like a single-window system) for the leadership, instead of the collegiate based Chiefs of Staff Committee wherein the Service Chiefs either carry their differences to the high table or render consensus based weak advice.

The CDS chairs the Chiefs of Staff Committee, which was until now been chaired by the senior most chief in rotation.

The CDS will head all tri-services structures like HQ Integrated Defence Staff, Andaman and Nicobar Command, Defence Cyber and Space Agencies, Armed Forces Special Forces Division and more. The CDS will also head the Department of Military Affairs, at least initially till it stabilises.

However, his most important task is the mandate given to CDS to set into motion the process of raising the Integrated Theatre Commands in three years. Some of these tasks have received a setback because of the post lying vacant for over six months.

Why are integrated theatre commands required?

It may be pertinent to mention that over 60 countries have integrated their militaries since World War II and even much smaller militaries have a CDS or equivalent post. The multitude of weapons and sensors deployed in today’s battlefield is mind boggling. Processing and assigning them targets with compressed decision timings is not possible if different components of war fighting work in individual silos.

Integration of the three services is imperative

Hence, the crying need for integration between the three services. The war in Ukraine also shows us the importance of integration. While Russia has integrated theatre commands, yet it seems that the jerky progress of the war is due to the fact that the three services are looking over their shoulders towards Moscow for directions and coordination. It would have served the operations better if a theatre commander had been nominated.

India started the process of integration in earnest two years ago and this mandate was given to the CDS to start the formation of integrated theatre commands in three years. Since the first CDS died before completing two years in office, his successor has to fulfil the unfinished tasks.

The CDS has to make the military capable of defending the country against the conjoined two-front threat that it faces from China and Pakistan, and more so, the volatile situation across the LAC and the LoC. He will also have the onerous responsibility of getting the military ready for new age challenges of cyber warfare, drone warfare, space warfare, information warfare, and all the hi-tech fields that the battlefield encompasses today.

Unfortunately, the first CDS Gen Bipin Rawat died in saddle before he could finish the allotted pioneer’s task — that of integration of the three Services. So, the next incumbent has to carry forward the endeavour, in a possibly changing world order post Russia-Ukraine war, without letting the armed forces become unbalanced at any stage.

He also has to prepare the military for next generation warfare, raising the technology threshold, and dealing with nuances of multi domain warfare, which will include other elements of power like the diplomatic and economic dimensions. A daunting task, for which the country needs to select the best suitable officer from among the serving as well as retired fraternity.

(Lt Gen Satish Dua is an Army veteran, he retired as Chief of Integrated Defence Staff)