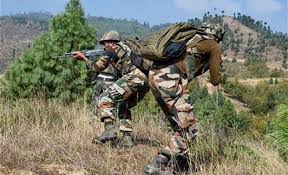 Ceasefire violations along the line of control (LoC) and the international border (IB) with Pakistan are a cause of concern; they are increasing tensions and blocking forward movement in relations between Indian and Pakistan; they are causing avoidable loss of life and property to the already hard pressed people living in the border areas; most alarming is the fact that they can become a catalyst for conflict escalation.

Pakistan is already embroiled in a civil war like situation in North Waziristan and a do or die political stand-off in Islamabad: it is also fighting debilitating insurgency/terrorism in most of its provinces. Yet, the Pakistan army is not desisting from keeping the LoC/IB with India heated up! It is engaging in this wholly counter-productive adventurism despite knowing full well that nothing good can be achieved from the same.

It would not be out of place to suggest that a large number of Pakistan based organisations with different motives, intentions and objectives are contributing to the unfortunate state of affairs leading to cease fire violations and tension along the Loc/IB.

It is well known that infiltration of terrorists from Pakistan Occupied Jammu and Kashmir (POJK) into Indian territories of Jammu and Kashmir is carried out by fundamentalist Jihadi organisations operating from Pakistan and that they are assisted in their evil designs by the Pakistan army. It is Pakistani troops and rangers deployed along the Loc/IB who provide the covering fire to facilitate infiltration. The Jihadis are under pressure from their financers as well as their depleted cadre operating in the Kashmir valley to build up terrorist strength in the region. The forthcoming assembly elections have added a sense of urgency bordering on desperation to the need to get some terrorists across.

The LoC fencing and strong counter insurgency grid in Jammu and Kashmir have made infiltration a very difficult process. A large number of infiltrating terrorists are being killed during the bid itself. Therefore, the number and intensity of bids has increased drastically and so has the need for covering fire; hence, more ceasefire violations. Since traditional routes along the LoC are not producing the desired results attempts are being made along the IB leading to heating up of the border in the Jammu region. The imperative need of infiltrating terrorists, therefore, continues to be a major reason for the ceasefire violations.

Pakistan army is very conscious of the downslide in its traditionally dominant position in the political environment of the country. The new army chief, General Raheel Sharif, is determined to resurrect the lost glory of his organisation and gain firm control over the foreign policy of the government especially with regard to India and Afghanistan. So far as the Jihadi organisations are concerned, any dilution in the existing Kashmir policy would strike the death knell for them; logic dictates that they contest a political breakthrough between India and Pakistan with all means at their disposal.

The best option for the Pakistan army and the Jihadis is to join hands and heat up the LoC/IB to break down the trust building between the two countries. This is exactly what they are doing.

The Pakistan army is quite paranoid about Indian military intentions. While being engaged in the civil war like situation in North Waziristan the top brass of the Pakistan army wants to create an impression that it continues to dominate the eastern border with India. By resorting to firing and so-called “area domination” they feel that they can create the necessary smokescreen. Indian has, of course, given no reason for this wariness and the Pakistani fear is unfounded. Yet, the Pakistan army is continuing with the misconceived plan by indulging in unprovoked firing across the Loc/IB only to register its presence.

A pragmatic consideration of the situation along the Loc/IB with Pakistan would lead to a conclusion that the situation will not change in the short term. There is nobody in Pakistan who has the stature, the authority or the will to break the stand-off. Now it is left to India to deal with the adverse situation in the best possible manner.

India has limited options to deal with the situation. Talks cannot produce results because what is happening is specifically to stall the dialogue process. Conflict escalation could lead to open military confrontation that would pull back India from its path of development and glory; Pakistan is too far down the tunnel to be affected. Such an act should, therefore, be the last option.

The central government has reposed full faith in the security forces of the country and given them the freedom to respond as required by the situation on ground. This has been emphasized by Defence Minister Arun Jaitley and even Prime Minister Narendra Modi during his one to one interactions with the brave Indian soldiers in Jammu and Kashmir.

The security forces should approach the challenge with full confidence of the complete backing of the nation. The confidence should be tempered with the required degree of maturity. The best option would be to retaliate with adequate force and ensure that the objective of infiltration is not achieved. Alongside, unprovoked firing should be punished adequately.

Diplomatically some innovative measures need to be evolved to sensitise the international community about the situation along the frontier and make Pakistan roll back its adventurist policy before it is too late and open conflict emerges as the only option. Video footage of the firing and loss being suffered by the people needs to be sent across the world through diplomatic channels. Media can play an important role by projecting the right picture without indulging in sensationalism and mindless brinkmanship which kills the message. An integrated, multi-pronged approach is the only method available to meet the challenge.