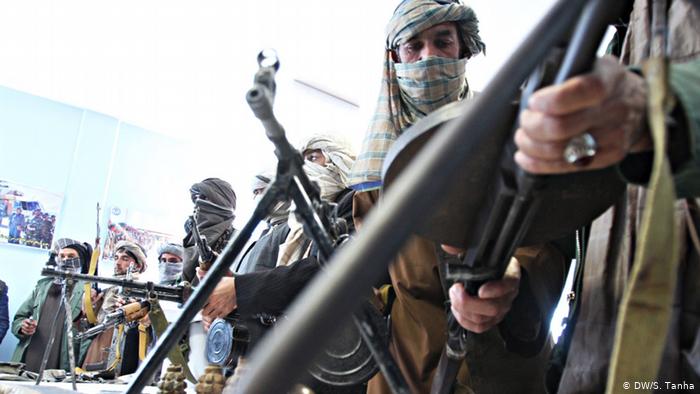 Afghanistan is, once again, going through a very challenging phase marked by uncertainty. Even as the Government of Afghanistan exudes confidence, there is news of the Taliban gaining ground and power across the country.

Reports emanating from the Indian Ministry of External Affairs (MEA) suggest that the Taliban is, as yet, contained in the southern areas and has control of about half the country inclusive of Kandhahar, Helmand, Ghazni and Paktia. On the other hand there are media reports suggesting that many districts in the North and the North-West of Afghanistan too are in the control of the Taliban. The gravity of the situation can be gauged by the fact that the visit to India of the Afghan Army Chief, General Wali Mohammad Ahmadzai, scheduled for July 27, was cancelled due to the intensified  offensive of the Taliban. In the absence of verifiable news and the fluidity of the evolving situation, it is difficult to predict the actual level of Taliban presence and the overall political situation in Afghanistan.

It is against this backdrop that the visit of US Secretary of State Antony Blinken to India on 27-28 July gains significance. It is notable that before meeting the Indian Foreign Minister S. Jaishankar  on 28 July, Blinken held a meeting with the Indian National Security Advisor (NSA) Ajit Doval. Quite obviously they would have spoken about China, Pakistan and most importantly Afghanistan. Ajit Doval would have definitely raised the issue of “the need for sustained pressure on Pakistan to crack down on terror financing and terror modules.”

In his post meeting statements. Anthony Blinken summed up the US policy of Afghanistan as one of  “continued engagement” which implies that the US will not allow the Taliban a free run there. “We are very much engaged in the diplomacy of working to bring parties together at the table for the resolution of the conflict in Afghanistan,” he said.

Blinken also made it amply clear that India and the US will work together in resolving the Afghanistan imbroglio. “As a credible partner in the region, India has and will continue to make a vital contribution to Afghanistan’s stability and development,” he said in the press conference.

This automatically implies that the US will not allow its actions to pose a threat to India and in this regard an understanding has been reached.  Indian interests in the region will be kept in mind while dealing with the situation.

In an open cautionary note to Afghanistan Blinken said, “”The Taliban is making advances in district centres, there are reports of them committing atrocities in Afghanistan. It’s deeply troubling. It certainly doesn’t speak well about their intention for the country.”

It is quite apparent that the US is unlikely to leave the country in the mercy of Pakistan’s Inter Services Intelligence (ISI) and Taliban. It is also quite clear that India will formally remain a part of the peace process. 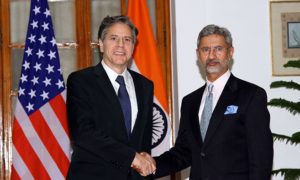 India needs to be very alert and concerned about the presence of  Islamic State – Khorasan Province (ISKP) also called Daesh within the fold of the Taliban. The organisation has old links with Tehreek-e-Taliban Pakistan (TTP), the Haqqani group and ISI. ISI is responsible for giving ISKP a foothold in Afghanistan.

ISKP recruits fundamentalist resources from across the world for carrying out terrorism linked operations;  It comprises a strong element of Pakistanis and has very close links with anti-India warlords like Hafiz Saeed. ISKP is a big threat to India since it manifests the probability of the Taliban coming back in Kashmir. The threat of Taliban extends to Punjab too where it could play a role in nurturing the ambitions and aspirations of the Khalistani elements.  The Chief Minister of Punjab, Captain Amarinder Singh, and many other security experts have been voicing concern about this threat.

India has set out a policy of engaging all stakeholders in Afghanistan, including some segments of the Taliban. The Taliban, however, is a conglomeration of many pressure groups; even if India establishes a working relationship with some segments, the supreme leader can easily wash his hands off ISKP by saying that the organisation is not in his control. ISKP, thus, can be used effectively by the ISI to create trouble in Kashmir.

India needs to remain vigilant about the security threat that the situation in Afghanistan is posing. Her concerns have to be mentioned in all formal and informal discussions. It is very important to make Pakistan realise that by unleashing  Taliban on the region it will damage its own internal security apparatus and simultaneously face the wrath of the US, India and the international community. Pakistan must also realise that the Taliban poses a bigger threat to it and to its all time ally – China.

Taliban, on its part should realise that all countries neighbouring Afghanistan like Iran, Russia, China and Pakistan are looking  at the country from the prism of self interest while India has always held the interest of the Afghan people paramount. India has been the largest donor to Kabul having given nearly $2 billion in reconstruction aid. The aid has been provided despite all sorts of roadblocks from Pakistan including denial of overland transit facilities which could have made things a lot easier. Taliban has further reasons to stay engaged with India in view of the assistance that the country can provide to it in gaining international legitimacy, something that Pakistan and China cannot do.

The end point is that India will need to keep her security concerns above all else while also staying engaged, along with the international community, in working towards the welfare of the Afghan people. The silver lining is that the inimical forces gathering around  will not be able to dent the security apparatus now in place in Kashmir; most importantly the people of Kashmir will not let the Taliban enter their land and cause turmoil all over again. Taliban, on its part, should understand the importance of India for Afghanistan.

(Hardeep Bedi is a Delhi based Journalist and Columnist)