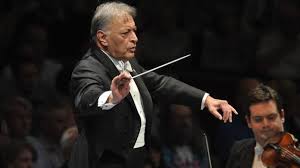 Zubin Mehta is a musician; a world renowned Maestro of Indian origin feted by many countries and governments, pampered by the super rich international glitterati, a man of great accomplishment in his chosen field. He is also a diehard Indian at heart. Zubin Mehta had a dream, he dreamt of making a small contribution to the turmoil hit beautiful region of Kashmir by playing his music over there. Such a thought is not alien to his personality. On many previous occasions he is known to have played his music in conflict afflicted regions like Sarajevo during the Bosnia war. He has, in a brave effort, also taken the Israel philharmonic orchestra to Lebanon.

An opportunity came his way in the form of his friend Michael Stiener, the German Ambassador to India. Stiener wanted to do something out of the box to establish his credibility as a diplomat. He took it upon himself to fulfil the dream of Zubin Mehta and initiated dialogue for a concert in Kashmir with the Chief Minister of Jammu and Kashmir, Omar Abdullah. Omar Abdullah is the scion of a rich and cultured family conversant with the good things in life; it would not have taken him long to relate to the idea. It is also well known that Omar Abdullah is trying very hard to project Kashmir as absolutely normal. He wishes to oversee revocation of the Armed Forces Special Powers Act before announcement of election in the State just a few months hence. An international concert was just what he wanted at the moment.

The columnist would admit to lack of concrete information on which the foregoing assessment has been made. It is, at best, a conjecture based on intensive reading of the reams that have been written on the subject. Be that as it may, no negative reason can be attributed to the decision taken to hold the concert in Kashmir. Immediately after the concert in Kashmir Zubin Mehta has performed in Mumbai at the National Centre for Performing arts over two days; not one political word has been said or written about these events.

It is quite clear that the Kashmir concert was politicised due to vested interests of a portion of the Kashmiri leadership. Kashmir has, in the person of the separatists and the militants, powerful lobbies dedicated to ensuring that nothing good ever happens in the Valley. It is surprising that Omar Abdullah, while taking the decision to hold the concert, did not consider this factor. Sure enough, no sooner was the decision made public the lobbies let loose their familiar brand of disruptive politics.

The first salvo was political in nature; the separatists stated that the event would legitimise New Delhi’s rule over the so-called disputed State. Mirwaiz Umar Farooq went on to talk of the cost to the State exchequer.

The line taken by the separatists is absolutely incredulous. Who in the world expect for these few gentlemen has any doubt about the legitimate status of Kashmir as an integral part of India? Even their best friend Pakistan has hinted on these lies on a couple of occasions. The contention of the Mirwaiz about cost to the exchequer is laughable considering the hundreds of crores of annual losses that the Hurriyat causes to the common man, especially the daily wager by its frequent calls for Hartals, Bandhs and lock outs. Nevertheless, the separatists capped the argument with a call for a general strike on the day of the concert.

The matter did not end here; relatively obscure terrorist groups in an attempt to use this opportunity to find a place under the sun let out statements threatening to target the concert and the guests. Ever heard of the Al-Nasreen, Farzandan-e-Milat and Shuda Brigade who gave these threats?

This is the situation that would have given Omar Abdullah the sleepless nights that he spoke of in this address to the congregation as a prelude to the concert. It would have probably led him to the decision of drastically reducing the scale of the event due to security concerns. This is where Omar made a major mistake, he cut down on the common people whom Zubin Mehta was coming to play for in the first instance and in all probability neither the German Ambassador nor Omar Abdullah informed the Maestro and his team about the structure of the elitist audience.

The result is there for all to see! Zubin Mehta was gracious enough to go through the event but could not resist from saying, “Let’s be honest, ladies and gentlemen. By coming here with this great orchestra and the wonderful soloists who will perform for you, there are those that we have hurt inadvertently and I promise, next time, let’s do this concert with all Kashmiris, in a stadium. Everybody should come.” Later, the General Manager of the orchestra, Nikolous Bachler, was more scathing in his comments when he said that the orchestra was under the impression that they would be playing for the Kashmiri people and not at an “embassy concert” to which access was restricted.

So what conclusions can be derived from the entire episode? First, there was nothing wrong with the idea or the intention. Omar has very rightly stated that, ““if a musician can change the nature of Kashmir issue, then it won’t remain an issue anymore.” Second, not much should be made out of the silly arguments given by the separatists against the concert. They have received a befitting reply with the smooth conduct which proves their impotence to influence things in their own stronghold of Srinagar what to talk of the rest of the State. Third, all thanks to Zubin Mehta and the orchestra for their effort to come all the way to Kashmir to bond with the people. Last, Omar Abdullah has hit the right chord despite the mistakes that he made; many more such events should be held with active public participation. Overall the event was a quite heartening and a step in the right direction.