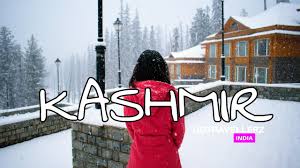 This winter is likely to be particularly harsh for the Union Territory of Jammu and Kashmir. The coldest night of the season was recorded as on 9 December, the cold wave has not relented since then with the minimum temperature continuing to hover several degrees below the season’s average. The National Highway s already witnessed closure for the last few days, something that normally happens in January. The freezing of water bodies and taps has already set in. In Kashmir such extreme cold conditions are referred to as Chilla-e-Kalan, a period normally registered from December, 21 to January, 31, which represents the harshest 40 days of winter in the Valley. It has already begun before time.

The people of the region prepare well for Chilla-e-Kalan. The administration too makes special efforts to keep essential services like electricity and water supply going, the latter being a major problem due to freezing of supply lines and taps. Disruption of supplies due to road blockage at many places also needs to be catered for with adequate stocks and emergency communication facilities. This year the road blocks have already started.

The Indian Army, traditionally, plays a very big role in overcoming winter problems across the region and more so in Kashmir. It is the remote areas, where communication is a challenge and the administration finds it difficult to respond to problems, where the Army concentrates maximum effort. Health and communication are the most important areas where assistance is forthcoming from the Indian Army.

There was a time, during the period of peak terrorism, when no doctor or nursing assistant was ready to man the Primary Health Centres (PHC’s) across the region what to talk of the remote areas. At that stage, the army used to put in tremendous effort to ameliorate the suffering of the people. Now, with efficient governance in place, things are a bit better. The  PHC’s are in place and they are functioning well, but still, the capacity of the PHC’s to function independently in the winters remains limited due to a host of administrative and climatic challenges. The army, therefore, has been continuing with its support to the medical infrastructure in the state.

The army prepares its medical assistance plan for the civilian general public well in advance and very meticulously. The first stage of preparation entails holding of medical camps before the onset of winters. This is done under the ambit of its humanitarian and development oriented scheme – Operation Sadbhavna. As the winter progresses, the troops deployed in remote areas maintain a good stock of medicines over and above their own requirement and the deployment of Army Doctors is kept at an enhanced level. Army Doctors visit the villages and small towns that fall in the areas responsibility of their units to see that everything is all right. During this period, medicines are also disbursed free of cost to the local civilians.

There are standard operating procedures in place to carry out medical evacuation of emergency cases both by road and by air. Fully equipped Army ambulances and other vehicles are ready for this purpose. Special attention is being paid to remote areas like Gurez where air evacuation is the only option.

The winters are also a time when nature’s fury is at its peak in snow bound areas of Kashmir.  Destruction and break down due to Avalanches and extreme weather conditions are quite common. In such times of emergency, the Army puts to use it entire resources for rescue and relief. It sends out expert teams for avalanche rescue of civilians when required and search parties when news of some break down comes in. Army teams open roads and communications and provide food and shelter to stranded people; the list of assistance is long since requirements change with the situation.

Every year there are several instances where civil administration approaches the Army for assistance. Such requests come from all level, starting from village Panchayats to the highest administrative offices. The Army is always forthcoming in providing assistance wherever and however it can; most of the time the assistance is given voluntarily and spontaneously, without specific orders from higher headquarters. This year too, the conditions seem to be such that the need will arise. It is best for all to remain well prepared for the same.

The Army does all this since it has the capacity and wherewithal to help under critical circumstances. It remains forthcoming on grounds of both humanity and a duty towards the citizens of the country. It is sad that some look upon the assistance being provided as a vested interest and try to play cheap politics. The people, however, understand that this is a manifestation of the close bond between the Army and the people of Kashmir. The harsh conditions are equal to all and survival of all is at stake, this brings the locals and the soldiers close to each other. The biggest gratitude comes in the form of the happy faces of those who benefit from the humanitarian gestures of the security forces.

The goodwill of the army, however, should not lead to complacency in the new Government of the Union Territory. It will need to ensure that there is adequate wherewithal, infrastructure and finance available to meet all possible emergencies. Extensive use of technology will need to be resorted to and more people put on to the task of responding to all emergencies. There are many countries across the world that face such weather related challenges, their methods and procedures need to be studied, modified for local conditions and implemented. Of course, the Army, as is the tradition, will extend all assistance and facility to the administration but this should be seen as a forces multiplier and not the first recourse to an emergency as was the case earlier.

The new administration under Lt Governor Girish Chandra Murmu, an administrator known for his efficiency and drive, would need to remain poised to meet the first winter challenge that the newly formed Union Territory will face.

(Onkareshwar Pandey is a senior journalist)