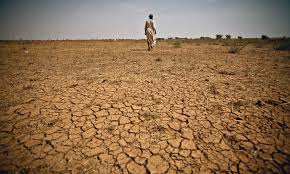 Imran Khan, Prime Minister of Pakistan, seems to be taking a lot of interest it Balochistan, an otherwise lost province of his nation. He has expressed an ardent desire to remove the apprehensions of the people of the region with regard to the China-Pakistan Economic Corridor (CPEC). “Centre will work with Balochistan as a partner. We will not make any such promise for which we may have to excuse later on,” said the Prime Minister in a recently held meeting with members of the cabinet of the province.

Khan has several reasons for the outreach, the main being that the voice for an independent Balochistan is gaining momentum globally and it has the potential to totally derail the CPEC. Such a calamity would completely eradicate any hope, however slim, that Khan harbours of pulling his nation out of the economic mess that it is in presently.

“Balochistan’s resources belong to Baloch people and Pakistan and China have no right to loot, plunder and exploit the resources against the will and consent of Baloch people”, said Dr. Wahid Baloch, President of Balochistan National Congress (BNC), in a statement at Washington recently. This sentiment is echoed in equal measure by the huge Diaspora of Balochistan that is very active globally in support of the freedom movement.

Pakistan, since its origin in 1947, has done nothing other than loot the region of its natural resources and exploit its people.  Balochistan gets a paltry two percent of the mineral resources mined from the land by the Pakistani authorities. This amounts to blatant colonisation with no parallels in the history of mankind. Even the British did not milk their colonies as much!

Now Pakistan is inviting China to join the looting process! Pakistan and China are not only busy in robbing Balochistan’s resources, but have also turned it into a dump yard where old ships are dismantled and nuclear tests are carried out illegally and against the consent of the Baloch people. There are some very disturbing rumours of a massive organ transplant racket going on in which the Baloch people are being used as unwilling donors! The many instances of disappearances in police custody and otherwise too stand evidence to this notorious and outrageous activity. It is firmly believed that atrocities against the people of Balochistan have more than doubled ever since the inception of the CPEC.

So, earlier there was one looter and now there are two! The Baloch people are not ready allow this situation to continue and they are challenging it with all the might that they can muster which, unfortunately, is not much in comparison to the brute force that these two greedy, covetous powers have at their disposal.

“People of Balochistan are being targeted because they are opposing CPEC. They are demanding Pakistan to leave their occupied territory, to which Pakistan is not agreeing. It is because Pakistan’s survival depends upon Balochistan’s resources. There is nothing in Punjab. Pakistan is exploiting resources from Balochistan and sharing them with China,” says Mama Qadeer Baloch a prominent expatriate activist of the region who consistently joins the many procession held by the people outside the United Nations offices in Europe and the rest of the world.

Such is the volume of protests that the Pakistan Telecommunication Authority (PTA) has threatened the social media platform, Twitter, a total ban in Pakistan if it fails to block what has been termed as “objectionable content.” This content is actually a data of atrocities that the resistance leadership of Balochistan is posting on the site to make the world aware of the plight of the suppressed people. It is noted with a fair degree of sadness that Twitter has, in a bid to appease the suppressive Government of Pakistan, suspended accounts like @BNMovement, @BalochNatFront and @DrAllahNizar among others of several prominent Baloch activists. This is a sad narrative of the Twitter policy but it is unlikely to stem the tide of anger that is brewing among the Baloch people against both China and Pakistan.

The diplomatic representatives of Pakistan continue to follow a policy of denial. An attempt is made to divert the pressure by blaming Indians for engineering the dissent and making totally unsubstantiated allegations of Human Rights violations in Kashmir.

Instead of making any headway into the serious matters that are creating divide and distrust within the country, the Imran Khan led Government has made an announcement about Saudi Arabia’s investment in an oil refinery at the port city of Gwadar. So now the unfortunate region has three foreign invasions to contend with and this has set out yet another wave of dissent among the locals with alarm bells ring in the international arena too.

If Imran Khan wishes to build bridges with Balochistan then he will need to take some concrete steps that can assure the people that the Punjab centric policy of his country to covet the resource rich land, its minerals, its oil and most importantly its deep sea ports has changed under his watch. He needs to put an end to the systematic marginalisation of the Baloch people and depriving them of their basic rights as citizens of the country. The day to day brutality by the Police and the Rangers and more importantly, the disappearances, have to stop immediately. There has to be an enquiry instituted into the instances of Human Rights violations that have been recorded by the activists and the guilty punished as per law. The activists who are in exile in Europe and other parts of the world need to be allowed to get back to their land and function independently in accordance with the principles of political dissent that most democracies follow.

It is only with action that Imran Khan can prove his spoken words of looking at the people of Balochistan as equal partners in the Pakistani quest to become a strong self sufficient Nation. The question is – will he take the necessary action and reverse the unending exploitation of the province?

(Mehtab Karan Singh is a US based Engineer and strategic analyst)