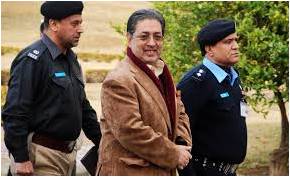 A study of Pakistan newspapers like The Express Tribune, Dawn, The Nation, Frontier Post etc clearly indicates that these newspapers carry an exhaustive coverage of all provinces. There is, however, an alarming deviation; Pakistan Occupied Kashmir and more importantly the newly created province of Gilgit-Baltistan are given negligible coverage by Pakistani media. Day to day happenings in these areas like inaugurations, political rallies or even murders, rapes and the much touted terrorist strikes find no mention, let alone coverage. Even political initiatives, statements of leaders, visits of dignitaries etc are not covered. At best there is an odd segment for the region in a few national newspapers. At the local level, there are just a few Urdu newspapers. In short, the area simply does not exist so far as Pakistani media is concerned.

Yet another travesty of justice; even though Gilgit-Baltistan has been given the status of a province its inhabitants did not vote for the National Assembly elections since they have no representation in the National Assembly and Senate. Yet, the hapless people followed the election process most zealously since their provincial government is represented by mainstream parties.

It may be recalled that the previous government of Pakistan, through the enactment of the Gilgit-Baltistan (Empowerment and Self Governance) Order 2009 of August, 29, 2011, designated the region as an integral province of Pakistan. In accordance with this legislation, the governor of the region heads a 12 member council with 50% members from the Assembly and the remaining 50% appointed by the governor himself. This caveat, by itself, reduces the position of the chief minister to that of a dummy. Also the legislative assembly has no control over defence and treasury.

Since the legislation came about under PPP rule it stood to logic that the government would also be formed by members of the PPP. Currently, the PPP governs Gilgit-Baltistan with JUI-F, PML-Q and MQM as coalition partners. A PPP man, Pir Karain Ali, is governor and Mehdi Shah, also of the PPP, is chief minister. Now with Nawaz Sharif coming into power the shaky Gilgit-Baltistan dispensation has got the jitters. Mehdi Shah has registered the courage to warn Nawaz Sharif to desist from ‘meddling’ with the PPP-led government in the region. To this the regional chief of the PML-N, Hafizur Rahman, has retorted that PML-N is not interested in toppling the government, though it may replace the governor. There is a reason behind this hands-off strategy. PML-N does not wish to make a nationalist martyr out of Mehdi Shah and see the otherwise docile province going the way of Balochistan. No rocket science required to deduce that the job of the PML-N governor, once appointed, would be to dismiss the government on charges of corruption and inefficiency at an opportune time.

It is the already deprived people of the region who are bearing the brunt of the confrontational politics. The monsoons have as yet not come in and Gilgit-Baltistan is already facing a flood like situation; water levels in the rivers and lakes has already risen, threatening to inundate the low lying areas. Increasing temperatures are causing glaciers to melt, which in turn, is triggering flash floods. Flash floods have swept away the main water channels and pipelines in many areas suspending water supply for days at end. People are literally dying of thirst. Environmentalists say that floods similar to the ones in 2010 may hit the region once again when the volume of monsoon rain increases.

Has anyone heard Nawaz utter even one word about this imminent catastrophe? Has the Pakistani media covered the huge suffering of the people as it should? The Indian media that has a proclivity to cover every little thing happening in Pakistan has also been absolutely silent on this looming human catastrophe. The Indian government has not approached Pakistan with an offer to help the people and render support to face a potential natural disaster of huge proportions.

Nawaz is known to be anti-Shia but at the present moment he has too much on his hands to think about Gilgit-Baltistan. In due course of time he will generate the necessary defections in the puppet assembly and remove the PPP government. This is why the present debilitating condition of floods and water shortage is drawing no response from him. He wants the people to suffer and the PPP government to be discredited. The area is not posing any threat to his rule so it can go to the dogs for all he cares.

India needs to reassess its policy with regard to the region. It should not follow the Pakistan line and relegate the important area to the sidelines. It needs to keep in mind that the region is the launch pad for most of the terrorist activity, not because of the support of the people but because the people and their government cannot do anything to stop this illegal activity. In fact, the people are demonstrating against the hordes of foreign terrorists who camp on their land pending infiltration and who are a huge nuisance and security hazard.

It would be in India’s interest to bring Gilgit-Baltistan into the lime light and give moral support to the people who are, in any case, deprived citizens of the Indian nation. Ways and means have to be found to ameliorate the terrible suffering of the people. The demands of the people as articulated by their freedom fighters operating from overseas can be taken up through diplomatic channels. These are condemnation of the ongoing human rights violations, restoration of state subject rule in Gilgit–Baltistan, opening of trade routes with Kargil region, end to inhumane attacks on Shias, exclusive rights to the land to the ethnic population, grant of political rights and genuine autonomy. India should not shy away from extending wholehearted support to the aspirations of the people of Gilgit-Baltistan