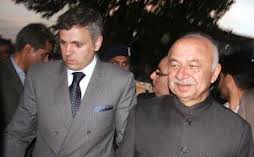 There are some aspects in governance where politics should not be played; security is the main amongst these. When there is a situation of conflict the political establishment of a nation, regardless of its affiliation and ideology, needs to maintain a united front and more importantly be seen to be doing so. In case this does not happen the enemy gains a huge psychological advantage. A good recent example of how things should be dealt with is the national response to the Kargil war. All political parties gave unequivocal support to the government of the day and the nation gave a united voice against the evil forces. The end result was a resounding victory and an international image of a country that can stand up to protect its ideals and national integrity.

In Jammu and Kashmir, most unfortunately, the ruling coalition is divided from within on the aspect of internal security. To add fuel to the fire, the leadership of the two sides prefers to fight its case, not through discussion and negotiation, but through the media. In a recent example the Union Home Minister Sushil Kumar Shinde visited Jammu and Kashmir and stated that the armed forces special powers act (AFSPA) would not be revoked in the near future since the security situation does not dictate a decision of this nature. One would expect the good minister to understand that that within his government the deciding authority in this regard is the cabinet committee of security and that too after taking views of the other political parties, especially those in the state. So what reason did he have to give the statement? He is not the spokesperson of the deciding authority nor is he the sole arbitrator in the matter.

Not to be outdone and always ready for a riposte on this subject, Chief Minister Omar Abdullah, during a meeting with the press in Jammu on December, 21, reiterated his by now well known views on partial revocation of the AFSPA. He specified that the act be revoked from the cities of Srinagar and Jammu and continue along the line of control. This he feels would restore public faith in the JK Police and the Paramilitary forces and also give them an enhanced sense of responsibility.

First and foremost, one wonders as top how the Chief Minister has concluded that the Paramilitary forces are a permanent appendage for security duty in the state. The moment it is decided that the security situation is stable it is the Paramilitary forces which will be moved out first. This is because it is the active presence of Paramilitary forces and not the army which gives an indication that there is a disturbed security situation in a region; secondly, the forces are required by the central government in other areas and have been spared for the state with great difficulty. The army, on the other hand, has a permanent role to play in this frontier region with a porous and active border. The army, while doing its actual duty can be called upon to restore an adverse situation in internal security much before the Paramilitary forces can be called upon to respond. Hence, it is best for the state to look towards the army rather than espousing impractical solutions.

The chief minister is also quite wrong in his assessment of the areas from where the act should be removed. In the higher reaches, remote and inaccessible areas of the state the people have no issues with the AFSPA, they are quite happy about its continuance since it results in the presence of the army which provides to them both security and economic sustenance. So whether the act stays or goes in these areas is not an issue at all so long as the army stays. The whole thing is being converted into an issue in the media savvy urban centres which are the centre of gravity of the agenda based divisive politics that the state is famous for. Revocation of AFSPA is a politically motived demand that does not stand the test of reality.

It is a godsend that the army, which is being subject to much maligning and mudslinging in this avoidable duel of words between the political leaders, chooses to keep quiet. In case the army leadership chooses to respond there would be a serious situation in the State, given the high esteem at which the force is held in most of the regions to include the Jammu and the Ladakh in totality and most of the higher reaches of the valley.

In democracies the government seeks public opinion when a decision on a critical issue has to be taken; an example is the nuclear deal where public opinion had to be generated through the medium of debate before taking the decision. The status of AFPA does not merit any such debate at the moment; the government holds a majority view that it should remain and so it should. It is only when the government changes its view that the need to go to the public would arise. Hence, to rake up the issue every now and then does not serve any purpose.

It is a wide spread opinion amongst the intelligentsia that the government should show a united face so far as security and matters like AFSPA are concerned. By bringing out the internal conflict of interests it is weakening its own position and giving the terrorists hope of exploiting the divide. The continuance or revocation of the act at this point in time is not as significant as the need to strengthen the roots of peace, prosperity and development; it is in this direction that the government should divert its energies while leaving the security forces to do their duty quietly and efficiently.