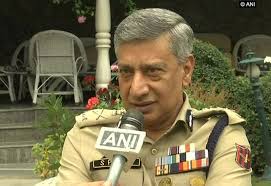 The sudden, overnight ouster of the Director General of Jammu and Kashmir Police (DGP), SP Vaid, has come as a surprise. Those who take interest in Kashmir affairs were in the know of some friction in the higher circles of the government, but it leading to such an extreme measure was not fathomed.

It is, of course, the prerogative of the administration, presently under Governors’ Rule, to select officers for various posts in a manner that it deems fit; it is universally accepted that the team must enjoy the confidence of the boss. However, such decisions in a sensitive state like Jammu and Kashmir need to be taken with a fair degree of caution and sensitivity.

The transfer, coming so close to the incident of abduction and release of relatives of police personnel by terrorists, will give an impression to the terrorists that they have been able to influence the government by their misdeeds. Terrorist leadership is always on the lookout for a weakness in the government machinery which can be exploited to show that terrorism is in the ascendency. The transfer will be quoted by terrorist leaders like Syed Sallahuddin and Hafiz Saeed in their vituperative speeches as an example of the power that their organisations hold in the state.  This decision by the government has the potential of building terrorist morale and thus causing a spike in terrorist activity.  It will definitely be used as an indoctrination tool for the recruitment of local youth into the path of terrorism.

It is only a few weeks since Governor Satya Pal Malik has taken over the very sensitive gubernatorial appointment in Jammu and Kashmir. It would have been better for him to gain his feet and understand the dynamics of the state before going in for major administrative changes. Given a nod for a change at the highest level in the Police department so soon into his tenure is likely to give an impression that he has worked under directions of the centre. This indication of proxy control by the centre will serve as a propagandist tool in the hands of the separatist and divisive elements that wish to portray central government interference in state affairs as a big cause for the unrest in Kashmir.

It is being said that a major reason behind this reshuffle is the inability of the Police force under Vaid to “control the violence” in the Kashmir Valley, especially so in South Kashmir.

It needs to be understood that security agencies are responsible only for maintaining law and order and national integrity in any area that is under the influence of terrorism/insurgency. The responsibility for putting a check on such an activity and “controlling violent tendencies for a political purpose” lies with the political leadership and the civil society.

The foregoing implies that ensuring that the people of the area, especially the youth, are stopped from pursuing a self destructive path of terrorism and dissension lies squarely on the shoulders of the political leadership, the parents, elders, religious leaders, local role models, teachers etc.  In the eventuality of the civil society failing in its duty, those who pursue the anti-national path would be dealt with an iron hand by the security forces. The police and paramilitary forces would do whatever is appropriate in quelling violent protests and the Army will assist the Police in neutralising those who have chosen to become terrorists in the most professional manner.  Care, of course, will be taken to ensure that collateral damage to civilians and property is kept to the minimum.

In case there were other reasons like professional misdemeanours which led to the ouster of the DGP then the same should have been made public before the taking action. A decision of this nature would have put a lid in the rumour mongering.  One cannot but agree with Omar Abdullah that the DGP should have been replaced by a permanent incumbent. Such an act would have dispelled the uncertainty that is leading to a sense of disquiet in the entire state.

Resumption of the political process is, quite apparently, the main focus of Governor Satya Pal Malik. He has said as much in his statements and has expressed the determination to hold Panchayat and local bodies’ elections as per schedule in the state. A seasoned politician like Governor Malik would have realised by now that politics do not come easy in Jammu and Kashmir; the two main regional parties People’s Democratic Party (PDP) and National Conference (NC) have already adopted a boycott posture for the Panchayat elections, citing reason of central tampering with Article 370 and Article 35A. This is traditional posturing by these two political establishments to keep their constituencies intact in the Kashmir valley. There is a lesson here for Governor Malik – meeting the leaders of suchlike parties in the Delhi is entirely different from working with them in Jammu and Kashmir.

It is very important for the incumbent administration to understand that security continues to hold primacy in the state, more so in the Kashmir valley. Appropriate security briefings, political initiatives to wean away the youth from the path of terrorism, exposure of the evil foreign hand in disrupting normal life in Kashmir, need to be addressed simultaneously with the political process. In other words, the Governor needs to take his position as head of the Unified Command seriously; he and his team need to be seen more often in consultation with the heads of the security forces, be it the corps commanders who are his military advisors, the army commander who is overall in-charge, the seniors officer in-charge of paramilitary forces and most of all the Director General of Police.

Political action which would be routine in other states has led to cascading turmoil in Kashmir on many earlier occasions, the incumbent administration needs to be alive to this reality. The ouster of DGP, SP Vaid, needed more homework before implementation; let this serve as a lesson for the future.