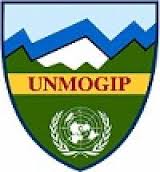 The United Nation Military Observers Group In Indian and Pakistan (UNMOGIP) has a swanky address, 1/AB, Purana Qila Road, Connaught Place, Delhi – 11000, from where it has been functioning since 1949. A whopping 40 million dollars is being spent annually by the United Nations on this organisation.

The UNMOGIP came into existence between 1949 and 1951 to maintain sanctity of the ceasefire line drawn between India and Pakistan after the war of 1947-48. It is looked upon this as one of the many headaches created by our first Prime Minister, Jawahar Lal Nehru, due to his penchant for the United Nations.

For many decades now, UNMOGIP has not made any contribution to the cause for which it was established. India has, since long, ceased to give to the UNMOGIP any report or data but Pakistan does so assiduously. The official web site of the body has press releases that speak only of appointments of military observers and such like mundane activities.

India got an opportunity to get rid of this headache through the Shimla accord signed after the Indo-Pakistan War of 1971 when the ceasefire line was converted into a line of control. Logic dictated that since the ceasefire line for which UNMOGIP was instituted had become redundant so had the organisation. Also the accord stipulated resolution of border disputes bilaterally between the two nations thus negating any role of the United Nations.

Pakistan, all this while, had in mind a different game plan; it wanted the organisation to remain so that it could be exploited as and when required. It is a matter of great misfortune that India, despite having a position of advantage, once again played in the hands of Pakistan.

In all this time UNMOGIP has made no effort to apply itself to the brutality that Pakistan Army is indulging in Pakistan Occupied Kashmir and Gilgit-Baltistan. Sadly, India has also not been forthcoming in drawing attention to this important detail.

Pakistan has consistently been playing the UNMOGIP card to its advantage. Let us take our attention back to the gruesome murder of two of our soldiers by the Pakistani army on the line of control on January, 08, 2013. As India rose in collective revulsion the Pakistani administration, supported by its well-oiled media machinery, got into action. Pakistani authorities instantly denied involvement of their troops in the heinous act and in the same breath asked for an independent third party investigation by the United Nations. “Pakistan is prepared to hold investigations through the United Nations Military Observer Group for India and Pakistan (UNMOGIP) on the recent ceasefire violations on the line of control,” said the foreign ministry in Islamabad.

The barbaric murder and beheading of the two Indian soldiers comes out clearly as a part of the larger Pakistani plan to leverage the United Nations to discredit India in international circles. By demanding a probe into the incident by UNMOGIP, Pakistan first re-established the credentials of the wholly redundant organization; in the next step Pakistan leaked out some of the reports that it has been sending to the organisation to insinuate that the Indian army has beheaded about a dozen Pakistani soldiers along the line of control in the last decade or so. A few Indian newspapers, for reasons best known to them, carried these leaks as investigative stories thus giving credence to the same.

The Indian defence establishment is quite alive to what is happening. Ways and means to close down this redundant organisation have been discussed in hushed tones behind closed doors ever since the gruesome murder on the line of control took place. It is only after the NDA government took oath that a serious effort is being made towards this end.

On June, 9, 2014, India asked UNMOGIP to vacate the government-provided bungalow in New Delhi and also hinted at monetising its other activities. This can be seen as a sophisticated way of telling the organisation that it is no longer welcome on Indian soil. “We have said that as far as we are concerned the UNMOGIP has outlived its relevance. This is a consistent stance that we have articulated on several occasions,” said Indian Foreign Ministry spokesman Syed Akbaruddin.

The biggest resistance and loudest voice against this move are coming from the separatist segment in Kashmir. It was well expected since closure of the UNMOGIP office in Delhi will pave the way for the mission closing down in Srinagar which has, over the past many decades and particularly after the nineties, emerged as a revered symbol for public expression of the negative politics of the Hurriyat.

Hurriyat leader Mirwaiz Umar Farooq has said that by closing the office India is trying to “change the disputed status of Jammu and in international circles” and that Kashmiri’s will donate money to pay for the continuance of the office in India. Yasin Malik has carried out some public demonstrations against the move which did not invite much participation. Many Kashmir based newspapers have written volumes against the decision. No two guesses required to understand where the motivation and funding for this activity is coming from.

It seems that UNMOGIP has not taken the hint and is ‘identifying possible alternative locations for its office in India.’ While this power play is going on, Secretary-General Ban Ki-moon has on July, 01, 2014 appointed Major General Delali Johnson Sakyi of Ghana as the head of the mission. Having taken the first step and given the body an opportunity to make an honourable exit India should now up the ante and get this redundant chapter closed once and for all.

It is time for the United Nations to understand that any productive role that UNMOGIP had to play is long since over and the best recourse would be to read the writing on the wall and exit with dignity. Surely the cash strapped organisation can use the massive funds on matters of more importance across the world.