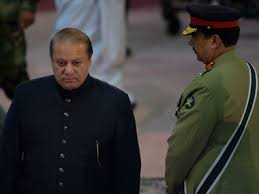 The attention that the killing of the terrorist, Burhan Wani, has received is less for the ideology he purported and more for the “Rock Star” image that the media created of him. His inevitable and predictably ignominious death has already caused a lot of avoidable damage to life and property. It is sad that so many lives have been lost for what is essentially a fallacious political belief.

If the media had stayed away from the death of the terrorist, the losses would have been considerably less. It is the media attention that has egged on the disruptive forces in the Kashmir Valley to play the emotional and sensationalist card to the hilt. These elements know full well that Burhan Wani will be history in a few days from now and they wish to derive as much mileage from his death as is feasible.

Pakistan, of course, has been leading the pack of Hyenas with one belligerent statement after the other. The last and final card that the country could have played was declaration of a “Black Day” in protest of “atrocities” being committed in Kashmir; it did so on 19 July.

The country’s ludicrous and infantile psychological campaign has now run out of steam. The declaration has, as expected, drawn no response from the global community. The world leaders have, since long, seen through Pakistan’s stupidities with regard to Kashmir. Nobody has any doubt about the hand behind the unrest that has been engineered in the region.

Those from the community of wannabe journalists and columnists, pseudo intellectuals and so-called Kashmir experts added to the confusion with their mostly hare brained notions. It is hoped that they are finally done with exploiting this opportunity to derive their penny worth of fame from the unfortunate state of turmoil in the Kashmir Valley.

The most preposterous piece on the subject by far was “Burhan Wani is dead but he’ll live on till we find out what Kashmir really wants” by Shobhaa De, a Bombay based socialite and writer.

Her quirky and light prose, that sounds so animating in light social pieces, came across as crude and obnoxious in a piece that is dealing with the lives and suffering of human beings.

While addressing the country’s leaders as “Dilliwalla’s (Delhi based people) she says, “When was the last time you visited Kashmir? What have you done for the average Kashmiri — all those lakhs of peace-loving citizens, waiting for respite after years of blood and strife?’’

Madam De, Prime Minister Narendra Modi has gone to Kashmir umpteen times; in fact, he has visited the length and breadth of Jammu and Kashmir, right from the Siachen Glacier to Kathua and Poonch (in case you know where these places are) after assuming office. So have his ministers, other party functionaries and civil servants of his government.

The UPA government under Prime Minister Manmohan Singh gave a Rs. 24000 crore development package for Jammu and Kashmir; the present government is going out of its way to help the people.

And you have the gumption of asking these leaders and others before them as to what they have done for Kashmiris?

More importantly Shobhaa De – where were you when you wrote this piece? In North Kashmir, South Kashmir, Srinagar city, Srinagar down town, where?  What are the sources of your information that make you such an authority on Kashmir?

For your information Madam De, your friends from across the border, with whom you attend Ghazal and Mushaira evenings across the globe, are demanding plebiscite not referendum as you have suggested. In future please get your facts right before writing on such serious issues.

There is another interesting development that has emerged in the media narrative during this incident. Newspapers of Jammu and Kashmir that are sold out to Pakistan and the separatists have started using pseudonym’s of Hindus to pen down their pieces. The idea is to gain more acceptance for the misinformation that they churn out at the behest of their foreign masters.

The focus is on depicting a resurgence of militancy in the Kashmir valley. People are coming out in lakhs for the funeral processions of “militants” scream paid columnists.

The very fact that such large processions can be carried out in Kashmir without fear of the authorities is a testament of the freedom that the people enjoy over there.

So far as attending of funerals is concerned, it is merely a manifestation of the mob mentality that is a characteristic of the Kashmir people.

There is again talk of economic backwardness and lack of development. The question is who is responsible; the Government of India, State Government or the people of Kashmir themselves?

If you do not allow industry to come to the region how will it develop? Is there any embargo on Kashmiris going to other parts of the country for jobs? If Kashmir pundits, who were thrown out from the Valley a few decades back, can be so successful then why not the Kashmiri Muslims?

It is often said that the most complex problems have the most simple solution. The same is the case with Kashmir. The solution lies in the people of the valley walking one step forward to integrate with the development story of the nation. When they do so, the country will assuredly walk ten steps. When energy is directed to gainful pursuits the problem will automatically vanish.

The people have to realise that they are being manipulated and driven away from following this simple path by the few who are earning fortunes by keeping them isolated from the mainstream.

Parents and elders in Kashmir have a big role to play in ensuring that the young boys of the region do not get misled by propaganda and indoctrination. They need to wean away their sons from the debilitating influence of terror mongers and paid media.  Finally, now that all wannabes have had their say, it is hoped that this ugly incident will see its logical closure soon.