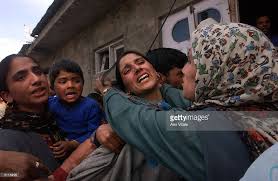 The arrest of Syed Shahid Yusuf by the National Investigating Agency (NIA) on Tuesday, October, 24, in pursuance of its ongoing investigation into acts of money laundering by Kashmiri separatists and their associates, caused considerable ripples.

The interest being generated is because Shahid Yusuf is the son of Syed Sallahuddin, a Kashmiri who has taken refuge in Pakistan Occupied Jammu and Kashmir (POJK). Sallahuddin runs a terrorist organisation named Hizbul Mujahedeen (HM), at the behest of his hosts and masters from POJK.

Due to an outburst of emotion, after having lost in the state legislative assembly election in 1987, Syed Sallahuddin crossed over to POJK. So many other Kashmiri boys also crossed over with him and were reduced to a life of penury in refugee camps.  Sallahuddin was lucky insofar that, because of his political background, he was handpicked by of Pakistan’s Inter Services Intelligence (ISI) to further its agenda of boosting local terrorism in Jammu and Kashmir.

He was given the high sounding appointment of “Chief of the Hizbul Mujahedeen (HM)” and “Chairman of the United Jihad Council (UJC).” HM is an indigenous terrorist group raised by the ISI to give a local sheen to its terror operations in Jammu and Kashmir! The UJC is an umbrella organisation created by the ISI as a unified command for the many terrorist organisations operating in Jammu and Kashmir. There were 13 terror organisations in the UJC, the main, apart from HM, are the Lashkar-e-Toiba (LeT), Harkat-ul-Mujahedeen (HuM) and Al-Badr.

In actuality, Sallahuddin is no more than a titular entity since the ISI directly controls the terrorist operations including the funding, recruitment, training, equipping, infiltration, targets etc. Sallahuddin simply says what he is told to say and passes orders to HM that he is told to pass.

Sallahuddin left behind in Kashmir a large family comprising of his parents, wife, five sons and two daughters. It is a sad commentary on the character of the man that, in spite of his family being in Kashmir, he has chosen to connive with evil enemies to harm his own people and cause a terrible amount of bloodshed.  Despite his perfidy, the Indian state held forth the highest democratic norms and allowed his family, not only their freedom, but also opportunities to progress within the system.

All of his sons are well educated and equally well placed with all but one holding government jobs. His daughters are also happily married and working as government teachers. All this has happened due to the education facilities and job opportunities available in Jammu and Kashmir.

One would have thought that Sallahuddin’s family would be eternally grateful for the benevolence of the Indian state and its people who embraced them despite the treachery of their patriarch, but sadly, that is not the case.

It is notable here that Shahid Yusuf is a state government employee of the Agriculture/Horticulture department of Jammu and Kashmir and yet he is said to be involved in gross anti-national activities.

Shahid is just one of many relatives and close associates of separatists who are under the scanner of the ongoing investigation by the NIA. Yet another prominent relative of a separatist who has been arrested on a similar charge is Altaf Ahmed Shah (also known as Altaf Fantoosh). He is the son-in-law of Syed Ali Shah Geelani, the most rabid, pro-Pakistan separatist. There are many more such cases.

The unravelling system indicates that the separatists have converted their anti-national activities into a family enterprise mainly directed towards building on their personal fortunes and financial Empires. There is more of economics and less of ideology involved in all this. How such people get to sleep at night with such disloyalty weighing on their conscience is a mystery.

Kashmir based media is going overboard in creating hurdles in the investigation process of the NIA. Local newspapers were quick to carry statements on behalf of Syed Sallahuddin and Geelani post the arrest of Shahid Yusuf. The source was attributed to a local news agency.

The spokesperson of Hizbul Mujahedeen, while speaking on behalf of Syed Sallahuddin said that Shahid has been booked on a fake charge and that the act will not weaken the freedom movement. Geelani in his two bit “condemnation” eulogised the role being played by Syed Sallahuddin while castigating the, “Forces (NIA) for following the aggressive policies of their masters.”

Such a reaction from the separatists is predictable, what is particularly infuriating is the manner in which it is carried prominently by the Kashmir based media.

Even more exasperating is the support being given to such anti-national activities by certain elements of the so-called Indian intelligentsia and left liberals. Now, PC Chidambaram of the Congress party has raised a demand of Autonomy for Jammu and Kashmir. A statement of this nature coming from a person who has been Home Minister of the country is particularly galling. It reflects the worst form of political opportunism.

It is hoped that the NIA will maintain the momentum of the ongoing investigation and take it to its logical conclusion. In fact, it should bring other elements like the media houses operating from Kashmir within the ambit of its investigation. There is enough evidence to indicate that some of them are foreign funded.

The people of Kashmir are realising that they are being exploited by notorious anti-national elements at the behest of Pakistan. The recent surrender of a local militant has raised hopes of more such surrenders taking place. The security forces have given an assurance of an honourable absorption back into society to all local militants who wish to surrender. This assurance has been given jointly by the DGP J&K Police and Corps Commander of the Chinar Corps, who is the highest ranking officer in Kashmir.

It would be in the interest of the youth of Kashmir to seek an end to blatant exploitation by Pakistan and move on towards peace, prosperity and development. This is the right time to bring about a closure of the cult of separatism and militancy in Kashmir.