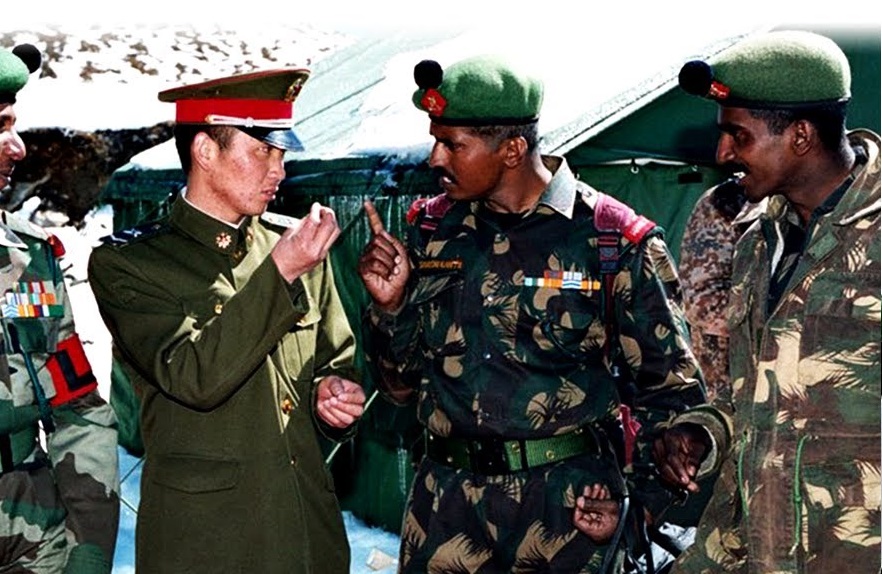 Now that China has firmly established itself as a formidable economic and military power, it seems to be more anxious to emerge from the shadows and secure (what it feels is) its rightful place in the international arena. Under normal circumstances, the global community would not have denied giving China its due, but it’s approach of spreading its influence by following a ‘debt-trap’ and ‘land-grab’ policy is unfair. It first extends generous loans to poor countries that it knows won’t be able to repay and then take control over key assets belonging to the borrower like harbours and airports in lieu of outstanding payments. This unethical strategy being used by Beijing to increase its sphere of influence has rightly drawn very sharp criticism from the international community.

Beijing is ruthless when it comes to recovering outstanding loan payments. In 2017, China took over the Hambantota port in Sri Lanka for a lease period of 99 years after Colombo was unable to repay billions of dollars in loans. The very next year, Zambia had to hand over Kenneth Kaunda International Airport to China as it defaulted in debt repayment. Currently, the Government of Kenya risks losing Mombasa port, which is considered to be the gateway to East and Central Africa, on account of its inability to repay the massive loan extended by China. And though Islamabad is extremely bullish about the CPEC project, several financial organisations and experts of international repute have expressed the fear that Pakistan too will end up going the Sri Lanka or Zambia way!

Besides its despicable ‘debt trap’ and ‘land-grab’ strategy, Beijing’s response to its expected commitments too has been pathetic. By introducing laws that violate the provisions of its Hong Kong handover agreement with the UK as well as brutalising and confining those protesting against these black laws, Beijing has demonstrated that it has scant regards for honouring international conventions on treaties.

But what has irked the entire world most is Beijing’s irresponsible approach after outbreak of the covid-19 pandemic. It kept the enormity of the crisis under wraps and put a very strict quarantine and lockdown regime in place internally, but allowed its citizens to travel abroad freely without any checks on their health conditions.

In the month of May, China moved a sizeable number of troops into areas of Eastern Ladakh and started laying claims on Indian territory, forcing India to take necessary steps to deal with the situation. In an unprecedented move, without any sort of provocation, PLA attacked and killed a Commanding Officer and twenty soldiers of Indian army in Galwan Valley who had gone to monitor withdrawal of forces as agreed to by both sides. Even the reinforcements sent were ambushed by a huge PLA contingent armed with lethal implements, but yet our soldiers gave a befitting reply to the attackers and made us proud. Humiliated by the ferocity of Indian army’s bold response which led to large scale casualties, the PLA is now trying to save face by putting up a strong front and reiterating its claim.

If Beijing had thought that India could be subdued into submission by its offensive approach and massive build-up of troops along the LAC, then it was sadly mistaken. New Delhi has picked up the gauntlet, but unlike Beijing, it has exhibited great maturity by not resorting to any provocative action that could further aggravate the already tense situation. The Indian army has built up its force levels along the LAC to counter any Chinese misadventure and by going ahead with the road construction activity, New Delhi has sent out a clear signal to Beijing that it won’t make any territorial compromises.

Situation on the LAC is tense but the general consensus of political experts and defence analysts is that the chances of an all-out Sino-Indian war breaking out are remote. The positive side of this standoff for India is that the murderous Chinese attack on Indian soldiers in Galwan Valley has ignited a public campaign calling for an end to the use of Chinese products. While this may not have an appreciable impact on the overall worldwide export of Chinese products, but the movement to stop using Chinese products will offer a good chance to Indian manufacturers to tap the huge domestic market. According to data from the commerce ministry, India’s bilateral trade with China was worth nearly $80 billion in 2019. Data posted on India’s Beijing embassy website, which it sourced to China’s customs department, showed total bilateral trade between January and November, 2019, at $84.3 billion, a drop of nearly 3.2% from the previous year’s $ 95.7 billion. With the government reviewing the participation of Chinese companies in public sector projects, this figure could further drop.

America has been trying to woo India to become part of its ‘pivot’ against China and may try to exploit the current situation in order to further this aim through some sort of defence related gesture. In fact, reports that the White House is reviewing the global deployment of its forces to counter the threat posed by China to India, Malaysia, Indonesia, and the Philippines is one such move. Whereas this is a positive development, but New Delhi should not rush into Washington’s arms because past experience has proved that America isn’t a reliable ally. During Bangladesh’s liberation war of 1971, it had assured assistance to Pakistan and even though it dispatched its 7th fleet to the Indian Ocean, Washington didn’t come to Pakistan’s rescue.

Beijing is trying to use psychological pressure to prevent India from building its strategic roads along the LAC. It already has Islamabad on its side, but since Pakistan’s animosity towards India has always been there, New Delhi has effectively countered Islamabad’s intentions and thus, the situation on this front isn’t alarming. China has also manipulated the Oli government of Nepal into claiming its stake over Lipulekh, Kalapani and Limpiyadhura areas of Uttarakhand. However, since China has also encroached on Nepal territory and so, New Delhi should use this unbecoming Chinese action to wean away Nepal from Beijing’s influence.

The current situation looks like a repeat of the Doklam standoff or even the 1999 Kargil incursions by Pakistan where they occupied strategic heights and refused to leave. Nothing concrete emerged from the army level talks between the two countries.

India must quickly get China on the table and resolve the matter before it flares-up, experts have warned. Most importantly, the pacifists should realise that when it comes to defence of the country, India has no other choice but to be ‘Atmanirbhar’ (self-dependent)!

(Farooq Wani is a Kashmir based senior Journalist and political analyst.  Mail: farooqwani61@yahoo.co.in)