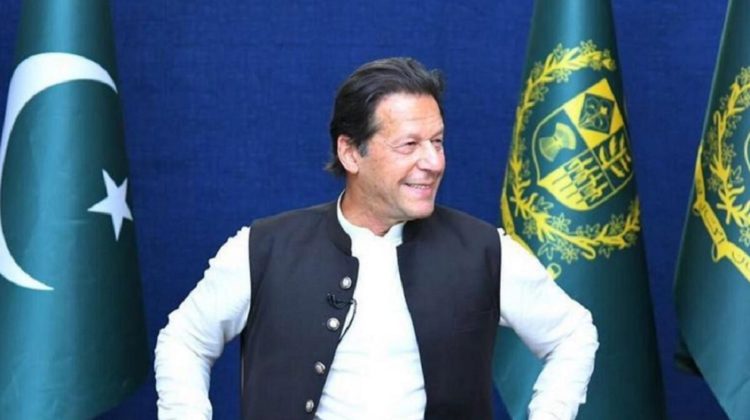 Pakistan Prime Minister Imran Khan has been in the eye of a huge political storm for the past few months. The opposition has been baying for his blood since 8 March when the motion of no-confidence was submitted before the National Assembly Secretariat. Khan, however, has proved to be a tough nut to crack. Before the no-confidence motion could be tabled by the opposition he stepped down after recommending to the President that the National Assembly be dissolved and fresh elections be ordered. The Deputy Speaker, at the behest of Khan, declared the motion as unconstitutional and part of a plot by “foreign powers” to interfere in Pakistan’s democracy. Thus, in a single swift move, Khan unseated all of his political detractors

Earlier, Speaker Asad Qaiser, had delayed the crucial session of the National Assembly to take on the no-confidence motion on the premise that the country was hosting a conference of the Organisation of Islamic Cooperation (OIC) Council of Foreign Ministers  at Islamabad and that it would be prudent to avoid the abrasive political activity during that period. He delayed it again for another three days due to the death of a Member of Parliament, Khayal Zaman, since conventions dictate that no parliamentary business is done in the first session after the demise of one of its members.

The above was also done to give time to Khan and his party to convince some parliamentarians and members of his own party to relent. However the move did not pay the necessary dividends which gave a firm indication that Imran Khan no longer had a firm grip on his party or the fair weather allies that he had cobbled up to get the premiership. The opposition, on its part, created a lot of hue and cry over the delays and did not allow the proceeds to be derailed.

Now that the National Assembly stands dissolved,  the frustrated opposition and the Supreme Court Bar Council have appealed in the Supreme Court against what they deem to be an arbitrary action of the National Assembly’s Deputy Speaker. Not much, however, is likely to come of this appeal and the opposition will probably not be able to place a premier of its choice at the helm before the next elections are held.

All through this political drama, the all powerful deep state (Pakistan Army) has chosen to remain aloof and unbiased. This is, of course, a mere veneer since the universal opinion is that Khan met his nemesis due to his differences with the Pakistan Army Chief , General Bajwa and the United States.

General Bajwa was upset with Khan because of his opposition to the General getting a third term in office and also his favourable disposition towards Lt General  Faiz Hameed, the former DG ISI (now Corps Commander), who holds ambitions of becoming the next Army Chief. Notably, the second term of General Bajwa as Army Chief culminates in November 2022 and there is no precedent in the country of any Army Chief getting more than two terms unless, of course, they become dictators. 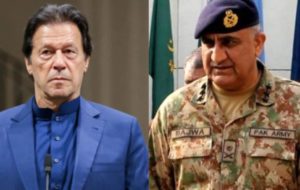 There is also a technical hitch in the ambitions of General Bajwa insofar that he can get only about 17 months of extension as rules allow a Chief to serve only till 64 years of age. For a further extension the requisite ordinance passed in Parliament will need to be modified, which can be done only if a pliable prime minister and government is in place. Obviously, General Bajwa would have considered the coup option but shed it for lack of support from within the establishment, hence, the eagerness to remove Khan.

Imran Khan’s favour towards China and Russia, buttressed by his aggressive rhetoric, caused alarm in the United States and the west who, in turn, resolved to see the back of the premier. They actively stoked and encouraged the  opposition while the Pakistan Army turned a blind eye. The sudden unity within the opposition and the series of desertions within Khan’s party (PTI) and coalition partners cannot be seen as an act of fate alone, it was the result of a well conceived game plan.

Khan and his supporters including the Deputy Speaker of the National Assembly have been quite vocal in talking about this “foreign hand.”  Russia too has, in recent days, accused the United States of committing “another attempt of shameless interference” in the internal affairs of Pakistan to punish a “disobedient” Imran Khan for not supporting the US position on Ukraine. The US has, of course, refuted these allegations.

Under the circumstances, there is no doubt left in anybody’s mind as to how the upcoming elections in Pakistan will play out . The need to have an independent foreign policy will surely be the plank on which Khan will fight the next elections; he may well succeed without support of the Army, which will mean breaking of yet another “tradition” in the country.

Elections in Pakistan are always abrasive and violent apart from being rigged. With so many big players in the game the upcoming elections will be even more dangerous. The radical war lords will play a crucial role possibly under the direction of the malevolent deep state. If things do not fall in place as perceived by the Army the possibility of martial rule will come to the fore yet again.

Political instability in Pakistan invariably leads to a radical posture being adopted against India to divert attention. This becomes all the more dangerous due the danger of the nuclear assets falling in wrong hands. It is therefore necessary for the world to be wary of the events that unfold in Pakistan in coming days and ensure that a misadventure of epic proportions does not cause an unmitigated disaster within the country and out of it.