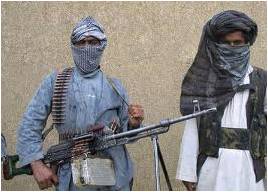 Utter confusion prevails with regard to the much touted talks between the US and the Talban at Doha, Qatar. The global super power is clutching at straws to get out of a situation that is getting nastier by the hour. The idea, however, is not to dwell on the trials and tribulations of the US but to see how the development will affect India.

As is usual, the government of India and its inert Ministry of External Affairs are maintaining a stony silence on the proceedings. India is invariably left watching from the sidelines as events overtake its already limited options. The Indian media has been conscientiously covering the face off at Doha. News channels, social media, commentators etc have gone viral with information. In this sensationalist media circus one has not come across anything concrete being said or written about the repercussion of such talks on India.

For India, what is most important in this game is the US-Pakistan-Afghan Taliban equation. Taliban is anathema for the US; an organisation that causes revulsion to one and all in the country. Yet, quite incredibly, Pakistan has managed to convince the US about the need to engage with the Taliban. It is important for India is to dwell on the reason behind Pakistan’s overwhelming interest in getting the Afghan Taliban co-opted in the post-NATO scenario in Afghanistan with the approval of Uncle Sam. The answer is not hard to find. Taliban is the product of the Pakistan Army’s Inter Services Intelligence (ISI) and as a corollary the most enduring ally of the Pakistan Army. Taliban could not have survived thus far without the covert support of the Pakistan army. A predominant place for Taliban in the affairs of Afghanistan is critical for Pakistan, hence all the machinations.

The Afghan Taliban has not taken too long to show its true colours in Doha, it came in strutting like the rulers of their land. A Taliban flag was hoisted at the office; a name plate with the inscription “Political Office of the Islamic Emirate of Afghanistan”, was placed on the door. Incidentally, “Islamic Emirate of Afghanistan” is the designation given to the land when it was under Taliban rule. Taliban has thus sought to create an impression that it is coming for negotiations as a sovereign authority. In one stroke it has made the Government of Afghanistan come across as totally irrelevant in the emerging scheme of things. No wonder President Hamid Karzai has lost his cool and suspended the Bilateral Security Agreement talks with the US thus leaving the super power cooling its heels.

The point is – what better was expected of the Taliban and what can be expected from this maverick organisation in the future? It would not be wholly wrong to state that the Taliban has no interest in talking to the US. So far as Afghanistan is concerned the Taliban spokesperson has made the policy of the organisation amply clear by saying, “Time is not ripe for such talks and talks with the Afghan side will come later.” This attitude leaves no doubt about the disdain at which the Taliban holds President Karzai and his government.

Taliban’s interest is only to see NATO forces out of Afghanistan and take over the land in the shortest possible period of time to bring back the status of 2001 –The Islamic Emirate of Afghanistan. This is how the situation is likely to unfold – Taliban will agree to the US demand of ceasefire with the Government of Afghanistan but not before some forceful negotiations, a lot of concessions, a fair amount of Dollars, control over nearly half the country, facility to run a parallel government and release of its leadership presently in US custody. The US will then be in a position to say that it has brokered peace between the warring factions and will be able to exit with some grace. With its foothold in place Taliban will swoop in for the kill and throw out the Government left behind by the NATO forces. In this strategic objective it will have the unrelenting support of Pakistan.

That Taliban is anti-India is common knowledge. This sentiment has not changed much over the years. It has, many times in the recent past, attacked Indian interests in Afghanistan. The Indian Embassy in Kabul has been targeted by the Taliban twice – once in July 2008 and again in October 2009. President Karzai who is pro-India and anti-Pakistan is being slowly but surely sidelined from the scheme of things. Hence, there is a probability of the anti-India nexus of Taliban-Pakistan calling the shots in Afghanistan in days to come.

A pre-2001 scenario in Afghanistan will also mean a revisit of the days gone by for India, especially Jammu and Kashmir. There will be more so called Mujahideen with better weaponry and skills available to infiltrate into the State. The US will not like to burn its fingers yet again and will stay out as it did earlier. Pakistan will play the time tested double game of saying that it has not control over forces of terror; after all Nawaz Sharif is the protégé of President Zia-ul-Haq who was the architect of the Islamist agenda for Kashmir. Nothing has happened in the last few weeks to suggest that Nawaz Sharif he will be able to deliver on his promise of controlling export of terror to India. In fact, all indicators point to the contrary.

India has to come out of its slumber. The immediate requirement is to give maximum support to the cornered President Hamid Karzai. India needs to impose upon the US to stall this dangerous Pakistan brokered game of talking to the Taliban. Instead all effort should be made to strengthen the legitimate government and leave no doubt that the international community will stand by it should there be an unprovoked aggression by anti-Afghanistan forces. Other countries like Russia and Iran also need to be taken on board to assist in bolstering the Afghanistan regime.

With a proactive diplomatic policy in place the next step would be to get ready for yet another low intensity conflict like situation in Jammu and Kashmir. Those who are saying that there is no threat from the Taliban are living in a fool’s paradise. There can be no talk of lowering the security guard, instead, a strong military strategy along the line of control and in the hinterland has to be put in place. This time round the evil forces should not be allowed to gain an upper hand under any circumstances.