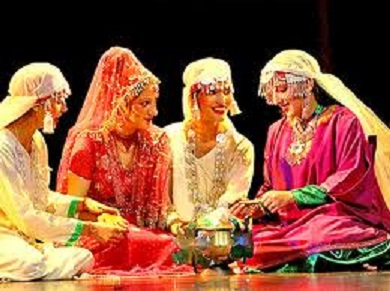 Over the last few years there have been a fair number of setbacks in J&K but these have failed to overshadow the optimism of the people. Free and fair elections resulting in smooth functioning of democratic governments, the rejection by the people of the cult of terrorism and containment of the menace by the security forces, the eagerness being shown by the Kashmiri youth to become a part of the Indian success story, the public mandate for peace, prosperity and development fortified by the commitment of successive governments to bring about the much needed economic and social transformation; all of this and much more has generated a groundswell of constructive optimism with respect to the future of the State.

Yet, while acknowledging the changes that are taking place in the troubled region, experts have been consistently advising caution. Terrorism may be down but it is not out, Kashmiri people may have moved on but the scars of terrorism and violence are as yet raw. Pakistan may have failed in her evil machinations but is not ready to relent from the same. The march towards stability has to be consistent but with baby steps and great watchfulness to ensure that fingers are not burnt all over again. Nothing should be done which allows a revisit of the awful period of terrorism.

Regrettably, some recent happenings in J&K have given ample reason for sadness and dejection much deeper than the one felt even during the summer turmoil’s of 2008 to 2010. Logical, intellectually driven assessments are being set aside for political considerations and those too at a personal level. Petty political considerations have taken centre stage with a detrimental effect on issues critical for the future of the state.

The incumbent government, with its back against the wall, is targeting the most sensitive domain of internal security in its search for a bail out. Chief Minister Omar Abdullah, plagued with low political ratings, is all set to force the issue of diluting the Armed Forces Special Powers Act (AFSPA) in the misplaced belief that this magic wand will resurrect his waning popularity. He has taken the battle to the media without taking the Union Ministry of Defence on board. This will serve no purpose other than creating fissures in the otherwise smooth functioning of the Unified Command of which he is the chairman. The proposed areas where the act may be repealed have been speculated upon by the media and have already been rejected by the PDP. This should serve as an indicator to Omar that the flak he is drawing from the opposition will only increase with this action of his. Experts and intellectuals have been consistent in their views that AFSPA should go eventually but this is not the time for such precipitate action. The situation needs to stabilise further before such a step can be deemed to be appropriate. Yet, the matter is being politicised in what, to put it bluntly, is a recipe for disaster. Security, especially so in J&K, is definitely not a subject to play politics with.

The State Human Rights Commission (SHRC) has, recently, exhibited an inclination to bring out such skeletons from the closets which specifically target the security forces. Two such instances are reopening cases of unmarked graves and the alleged mass rape said to have taken place in Kunan Poshpora village in Kupwara district some twenty years back on the intervening night of February 23 and 24, 1991. Undoubtedly, such instances haunt the collective Kashmir psyche and also that of the nation, yet, reopening them is unlikely to reap any tangible benefits. Not much can be expected to emerge from special investigations mainly due to the long time span that has elapsed since the violations are alleged to have been committed. The predominant fallout will be heartburn for the Kashmiri people and creation of avoidable friction in society. Some of the rape victims would be married and would have grown up children; an investigation of this nature will devastate their lives.

The controversies that the incumbent State government is mired in are being blatantly exploited by the opposition. This is normal in every democracy, but in sensitive States like J&K where one wrong move can have devastating repercussions, such actions assume critical proportions. J&K needs honest and unified effort to come out of the trauma and turmoil that it has faced in the last two decades, instability created by political opportunism cannot be to the benefit of the people

This is the time for exhibiting great political maturity and statesmanship. This is the time for the political leadership to set aside all personal vendettas and look for ways and means to consolidate the gains accrued as a result of diligent hard work and great sacrifice. This is the time for all genuine stakeholders who have the good of Kashmir in mind to join hands in isolating those who have inimical designs. This is the time to heal deeply embedded wounds. J&K demands constructive contribution and not opportunism. It demands a confident government driven by a missionary zeal and not one which is succumbing to pressure. The strong SHRC which has been institutionalised in J&K and which is making a sterling contribution to the cause of the people needs to look ahead and ensure that the people are assured of justice but against a sensitive backdrop.

Fighting foreign sponsored terrorism was a herculean task in J&K, this period of stabilisation is even more difficult and more vital. It is only collective will and shared responsibility which will help carry the day. It is hoped that the victory gained after much sacrifice will not be held hostage by petty thoughts and actions.