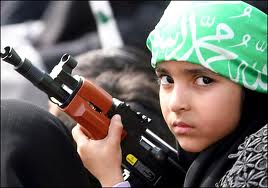 Kashmir Solidarity Day has been observed in Pakistan on February, 05, as it has been every year since 1990. The propaganda that is being organised is on predictable lines. A public holiday has been declared. Top Pakistani leaders will address various congregations, President Asif Ali Zardari is scheduled to address a dubious body called the Kashmir Convention and Prime Minister Gilani will address a joint session of the so-called Kashmir Legislative Assembly in Pakistan Occupied Kashmir. One minute silence will be observed throughout Pakistan and orchestrated processions complete with banners and leaflets will be taken out in a few major cities. Fundamentalist Jihadi leaders like Mohammad Asghar and Hafiz Muhammad Saeed, who should actually be behind bars, will come out in the open and spout venom against India while exhorting their followers to pick up the gun in support of their so-called downtrodden brethren in Kashmir. This year the highly questionable Ministry of Kashmir Affairs and Gilgit Baltistan in Pakistan was scheduled to provide funds to hold a five-day ‘Kashmir Solidarity Festival’ in the Northern Areas but the project has been shelved possibly because of high public resentment. Kashmir will, on this day, witness the proverbial Bandh leading to the avoidable loss of a working day. Some marginalised politicians will get an opportunity to occupy media space and lick up to their masters across the border so that the flow of funds is maintained.

The stated objective of this exercise is to voice a clear expression of the so-called bona fide will of the people of Kashmir who are said to be struggling to achieve their birth right of self-determination. The actual objective is downright propaganda which is totally divorced from the reality on ground

Drama, tokenism and symbolism are all a part of creating charades to imprint a motivated message on the minds of a public. Dramatic events and activities are used to sway public opinion. Such symbolism mostly depends on media activism to achieve a preconceived end result. The whole gamut forms part of a psychological game aimed at driving home a point which borders between a total lie to a partial truth.

The word solidarity is defined as a coherence or oneness in nature, relations or interests as of a race, class etc. It is broadly taken to refer to a measure of empathy expressed towards someone at the time of a mishap or a calamity, for example, one may express solidarity with the victims of 26/11 or 9/11 or with victims of natural calamities. The idea of Pakistan expressing solidarity with the people of Jammu and Kashmir sounds preposterous. Where one wonders, is the oneness of cause or interest? Pakistan Occupied Kashmir and the Northern Areas are a fiefdom that the Government of Pakistan has mercilessly exploited, dismembered and dismantled to serve its own interests. Most of the illegally occupied territory has already been converted into a virtual colony of the ruling Punjabi elite while a huge portion is being callously transferred to China. In fact, the people of Pakistan Occupied Kashmir are harbouring no delusion about the sympathies of Pakistan for their cause, but perhaps they have no choice in the matter.

Pakistan claims a common cultural, ideological, geographical and emotional bond with the people of Kashmir. This is a fallacious claim, for when the whole of Pakistan is highly polarised within itself and in the throes of an intractable conflict, how can it claim cultural affinity with Kashmir and its cause? Not only that, the state of Jammu and Kashmir comprises of people with different ethnicity in its three regions of Jammu, Kashmir and Ladakh? What solidarity can Pakistan foster with their issues and aspirations? The Shia population inhabiting the Kargil area are sworn enemies of Sunni dominated Pakistan. Pakistan’s track record of atrocities committed on Shias in the Baltistan region is visible for all to see.

In the modern era, national boundaries have almost lost relevance and the world is being dominantly perceived to be flat. The strongest and most lasting associations are individual freedom and development oriented. The State of Jammu and Kashmir is an integral and constitutional part of the Indian Union. Its people enjoy all fruits of liberty and freedom enshrined in the Indian constitution and also a special status that accrues to them some additional benefits. The region regularly witnesses free and fair election right up to the Panchayat level. Changes in governance in the highest traditions of world class democracies have been implemented seamlessly.

Successive state governments have, with unstinted support of the centre, followed a path of development despite the menace of foreign sponsored terrorism. The State boasts of the highest parameters of development available in the Indian Nation in most of the important segments like development of infrastructure, benefits under the rural employment guarantee scheme, free quality education, health care, development of basic sectors like agriculture, horticulture etc. This apart, whenever the region has been afflicted with some calamity or natural disaster the people of India have risen spontaneously to assist their fellow citizens. This is what solidarity is all about. India has always nurtured Kashmir, and rightly so, since it forms an integral part of the country.

Pakistan and its stooges in Kashmir should be very clear that they cannot shake the Kashmiri bond with the Indian union by indulging in politically motivated and propagandist actions. The observance of the Kashmir Solidarity Day is nothing more than blatant symbolism and opportunism. India is a generous nation and it believes in viewing the larger picture. That is why it does not react nor is moved by the theatrics of a much more inferior state like Pakistan which is likely to collapse under the weight of its own misdeeds. For the past more than six decades, Kashmir has been a part of India and it will remain one come what may.