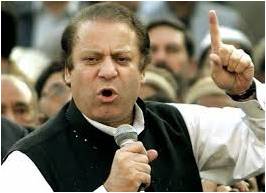 The state of Jammu and Kashmir has seen some hard times for reasons not of its own choosing. The peace loving region, by virtue of its geographic location and strategic importance, has become a victim of unscrupulous machinations of a covetous neighbour – Pakistan. The country has launched, against all international conventions, a vicious terrorist movement with the intention of wresting control of the region from India. Terrorism is being sustained by infiltrating mercenaries quite easily available in the country which is low on morality, economy and civilisation. These terrorists are akin to the barbarian armies of yore that fought for the sake of plundered booty. The sad part is that Pakistan has no legal claim or affinity with the land and is itself on the throes of disintegration, yet it does not relent from afflicting misery on the people.

The Indian army has been reluctantly sucked into the conflict since the terrorist cadre infiltrated by Pakistan cannot be contained by the police force trained to carry out law and order duties only. Central para-military forces have been pressed into service in support of the police and to take on some internal security responsibilities. This force necessary to ward of the evil military threat posed by an unscrupulous neighbour, is described by the enemy propagandist machinery as an ‘occupation force’. Nothing can be further from the truth. It is, in fact, a disciplined, committed, nationalist force that is going much beyond the call of duty, shedding its blood and making a huge amount of sacrifices to save the people from the barbaric hordes being sent from across the border. By so doing the noble soldiers have ensured that the enemy does not succeed in his evil intentions.

With a belligerent enemy always on the prowl, the forces need to maintain a state of high alert and engage in gun battles quite frequently. At times the result is tragic as in the recent instance when two young boys got killed during a counter terrorist operation in North Kashmir. There is not a single soldier in Kashmir who does not fervently wish that death of innocent civilians does not occur at all. It goes against the noble profession of arms and all that soldiers hold sacred. Yet, it does happen despite all precautions and standard operating procedures being in place. The silver lining is that percentage of such unfortunate incidents is quite low and dropping by the day. When such unfortunate incidents take place, however infrequently, they are exploited to the hilt by the enemy propagandists to paint a gory picture of the security forces.

Something similar was attempted in the wake of the ill-fated incident referred to above. Strikes, lock outs and violence were engineered. An irate mob torched an Army Goodwill School at Hajin. Two class rooms including a library and a large number of school books, class furniture etc was destroyed in the blaze.

Army Goodwill Schools have been opened by the army in areas most affected by militancy and terrorism for the benefit of the poorest of the poor, orphans and children of terrorist affected homes. The schools, that started with modest means, have grown to give a new lease of life to those who are most deprived; they are seen as a God send boon especially in remote areas where the foot print of the civil administration is also tenuous.

Army Goodwill School, Hajin, was established in 2005 as a result of popular demand of the people to the Army. Presently, it is up to Class 8 with 310 students from a number of neighboring villages. It has obtained 100% pass percentage in the Jammu and Kashmir board of examinations including four students securing more than 90% marks. This is also the only school in the area which has a computer laboratory and provides computer education to students.

It was, however, the reaction of the people to this mindless destruction that exhibited the true sentiments of the common man in Kashmir. The miscreants who thought that torching the school would instigate public opinion against the army were in for a rude shock. A large number of people whose children were studying in the school expressed disgust over the damage caused to a temple of education; many eminent writers and intellectuals expressed sadness over the incident and urged moderation in deed and action especially when it comes to the future of the children. When the miscreants and disruptive elements saw their actions backfiring and leading to a negative public reaction, they backed off and the entire agitation got derailed.

The death of the two young boys is indeed unfortunate, but for some elements to take the mantle of judge and jury and implicate an entire organisation is definitely not in order. It is quite fortunate that a clear message has gone out that the bond between the army and the people is not so fragile that it would break so easily. Even though the loss to the school building is substantial the army promised to rebuild everything and ensure that the education of the students does not suffer. It has since stood by its promise. The writing on the wall is very clear; the people are not ready to tolerate any activity that causes harm to their lives, especially so, the future of their children; they are also not ready to go against the forces who are giving their best to ensure a safe and secure life for their fellow citizens. The point, however is, when will Pakistan and its stooges in the valley get this message and lay off once and for all.