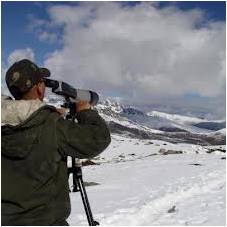 Even as the nation revelled in the vibrant festival of Diwali some members of the national society were quietly and resolutely performing their duty in far flung corners of the country, away from their families and the glitter and gloss of the festival. These are our soldiers because of whom we are in a position to enjoy our festivals and pray to our gods without fear. The Indian soldier has a very special place in the collective psyche of the nation; this has a lot to do with the traditional respect given by Indian society to service to arms. Soldiers are held at the highest esteem in our scriptures and mythology. The more immediate reason is that post independence it is only the Army which has responded to all national emergencies and helped restore adverse situations. It is because of the army that the citizens of India enjoy the luxury of a sound sleep.

The nation recruits the best possible talent for its armed forces. Those who are finally selected are subject to tough and sustained training to bring them up to the required standard to perform their onerous duties. Millions are spent in this selection and training process. Motivated by the lofty tenets and traditions the soldier dedicates the best years of his life to selfless service of the nation.

Soldiers retire from service at an early age; at the time of retirement the soldier is more fit, both physically and mentally, than most of his civilian contemporaries but service conditions require maintenance of a young profile of the armed forces. He is also in the middle of his life with familial responsibilities at their peak; he has old parents and young children to look after. The sad part is that the hero worship of the nation does not translate into meaningful settlement for the soldier when he re-enters the civil stream.

Let us see what career prospects are open to the retired soldier in modern resurgent India. Those who retire from the non commissioned rank and are barely in their forties land up as drivers, doormen, couriers and security guards saluting and holding the door to those very people who just a little while ago looked upon them as their saviours. The junior commissioned officers get a shade better with mundane liaison duties, foremen in construction projects, operators of some equipment, low level administrators in offices etc; the officer community fares no better; even those retiring from the rank of a brigadier are compelled to serve for amounts that are paid to mid level executives in their early thirties almost half their age.

There is not one retired soldier who, on leaving service, does not find himself on the back foot when compared to his contemporaries. These people who have handled crores of rupees worth of sophisticated equipment, have mastered the complex nuances of modern warfare and have been trained to deliver top quality human resource management become answerable to persons who do not possess even half their intelligence or experience. Those who were below them in capability are now better placed and more in control of their lives since they have, over the years, created a niche for themselves in the civil mainstream.

The very civilians for whom the soldier had sacrificed the best part of his life are now not ready to give back to him the space that is rightfully his. This realisation strikes him like a bolt of lightning. The poor noble being goes about trying to pick the pieces of his shattered existence. The innocent, gullible soldier realises that he has been led up the proverbial garden path.

So why, in this regard, we hear no screams of discontent that mark the contemporary political and social landscape of the nation? the standing in rallies with black flags, the burning of effigies, the making of pressure groups, the Arvind Kejriwals and the Anna Hazares? More importantly why the apathy on the part of the government? The nation needs to be honest in its dealings with the soldier; it needs to give a relook to the lives and times of the retired soldiering community especially so in regard to the changing societal norms. It has to be fair to this community and stop its exploitations while in service and out of it. These are the saviours of the nation and not door mats. If their aspirations are not met how can they be expected to meet the aspirations of the nation?

As a bottom line the salary of the soldier in the civil stream should be commensurate with his education, his training, his experience and his ability. In fact, he should be given more than what he deserves in view of the many years that he has given to the nation; this happens in most European nations and more so in the US; it is only in India that a cynical, negative attitude is adopted. If such a feeling is not coming naturally to the Indian society, despite its professions of love and respect for its soldiers, then the government needs to step in to ensure the same. There should be reservations for retired soldiers in all corporate houses, business establishments and government organisations. Minimum salary commensurate to the rank at which the soldier has retired should be laid down as should his work and charter of duties.

Each and every retired soldier should get gainful employment at par with his contemporaries. He cannot be treated like a doormat just because he was out of the mainstream for a long time due to no fault of his. Last of all, it is the soldier himself who needs to learn to stand tall against all odds. The best is to stand for what is correct and what is righteous; only then will this spate of exploitation come to an end.