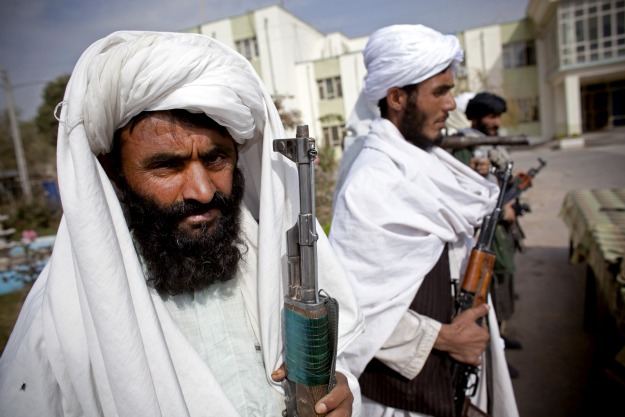 While all eyes are focused on the Afro-Asian region, in the aftermath of the Tunisian and Egyptian upheaval followed by volatile situation now unfolding in Libya, the fact that Pakistan is fast hurtling into a crevice of Islamic fundamentalism is passing off largely unnoticed. The blatant day light assassination of Shahbaz Bhatti, the Minister of Minorities of the government of Pakistan by the Tehreek-e-Talban Pakistan, has sent another shock wave into the already fragile situation. Shahbaz, the only Christian minister in the Pakistani government, was a vociferous critic of the infamous blasphemy law. On January, 04, 2011, the Governor of Pakistan Punjab, Salman Taseer, was killed for taking a similar stand on the same law. At that stage Bhatti had expressed apprehensions with respect to his own security, but he was courageous enough to stick to his principled stand and has now paid for the same with his life. It is a wonder that, in Pakistan, political leaders are being killed so easily while militant Jihadi’s like Hafiz Mohammad Saeed and Mohd Asghar manage to roam freely and remain untouched? That the government of Pakistan is ineffectual is well known, but this indifference towards its own leader’s amounts to taking things a bit too far.

After the assassination of Salman Taseer, Prime Minister Yousaf Raza Gilani bent backwards to assure the religious hawks that his government had no intention of reviewing the blasphemy law. Yet the very people whom he was trying to placate have, without provocation, killed one of his Ministers. A lapse of this nature would be considered to be the ultimate slur on the face of any nation, but such things are now treated as common place in Pakistan. Salman Taseer’s murderer, Malik Mumtaz Hussain Qadri, is said to be leading a hero’s life in a high security prison. He is being hailed as a Ghazi (warrior), a dignified hero of Islam, a hero of Pakistan’s Islamic revolution etc. His trial by an anti-terrorism court is moving at a snail’s pace with frequent adjournments designed to stretch it as far as is possible. Obviously, the Pakistani government is not inclined to touch a hornet’s nest by giving him even a minor punishment let alone the death penalty that he deserves.

By not reacting in a just and righteous manner to the murder of Salman Taseer the Pakistani government has led the fundamentalists to believe that their agenda is not at risk and as a result they have now moved in for the kill. By assassinating a politically ineffective Minister like Shahbaz Bhatti, the religious fanatics have proved that they are not willing to tolerate even the slightest dissent to their fundamentalist agenda and that they will continue with their murderous rampage till such time that all liberal voices in Pakistan have been effectively silenced. It is hoped that the Pakistani government will now be able to ensure the safety of Sherry Rehman, the last of the liberals, who would have by now been designated as the next prime target of the Jihadi’s.

Within the country, in Jammu and Kashmir, by killing two sisters in Sopore and wounding two girls in Pattan, terrorists have left their distinct signature and announced their intention to stage a comeback. This apart, the separatists are busy preparing the ground to, once again, indulge in politics of disruption once the weather opens up. They have refused to meet the government appointed interlocutors and have attacked the government on issues of governance, thus generating ample fuel for the fire that they wish to ignite. Statements of the separatist leadership on the unrest in the Afro-Asian region clearly indicate that they will be making an attempt to ride the Islamic wave for vested political gains. Seizure of a large amount of Hawala money indicates that funding will not be a problem for them.

India should, therefore, be wary of a possible spillover of the aforementioned disturbances on its own soil which is home to a large Muslim population. Indian Intelligence is of the view that the jasmine revolution and other assorted events can have a copy cat effect in the more troubled regions like Jammu and Kashmir. Even though our leadership is fairly confident that our functional democracy will help us sail through this turmoil, security experts believe that the spillover factor can gain momentum from the changing face of the Pakistani political landscape.

India’s response to all these the challenges has been cautious and muted. A wait and watch approach has been adopted in the Afro-Asian region mainly because of the huge investments, billions of dollars committed to two way trade and a highly affluent Diaspora in all the affected countries. Most importantly, this region is the source for meeting India’s critical energy requirements. With respect to Pakistan, in a very surprising move, the Indian government has taken the initiative to resume talks regardless of the fact that the country is seen to be moving towards total Islamisation and the day does not seem to be very far when it will be controlled by the likes of Mullah Omar.

India needs to visualise the larger picture while working out its response. In addition to the very important economic stake, it needs to keep political, social, moral, civilisational and above all security aspects in mind while formulating its foreign policy. As an emerging world power India needs to keep itself on a high ideological pedestal which calls for a strong and decisive reaction to global challenges. More importantly, it should never be forgotten that the main threat to India comes from Pakistan, a country which is looking for a boost towards total Islamisation from the situation that is unfolding in the Afro-Asian region.

Not much can be achieved by keeping our fingers crossed and waiting for the gathering storm to whither off. While fully supporting the democratic aspirations that are guiding the protests in the Afro-Asian region India needs to draw the attention of the world to the reverse swing that is taking place in Pakistan. It has to highlight the fact that while other countries are aspiring for enlightened freedom Pakistan is heading towards a political collapse from which dangerous fundamentalism is likely to emerge triumphant. On the domestic front India needs to come down heavily on all divisive and disruptive elements, especially those operating in Kashmir, so as to ensure that the spillover, much desired by our neighbours, does not happen.