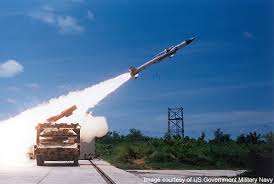 The month of August is very auspicious for the Indian nation. It is in this month, sixty nine years back, that the nation shed the shackles of slavery. In the course of its new destiny the nation has set an example in tenets of freedom and democracy which it embraced in a tryst to shape a new destiny.

In the month of August also comes the festival of Raksha Bandhan. It is the day when the love between brothers and sisters is celebrated. The sister ties a Rakhi (sacred thread) on the wrist of her brother and prays for his well being. The brother, in turn, takes a solemn pledge to protect his sister under all circumstances.

Raksha Bandhan also has a national connotation.  The concept of protection encompasses the duty of every citizen towards the security of his motherland.

A sentimental expression of this concept takes place every year when many ladies tie the Rakhi on the wrist of the soldiers of the country guarding the frontiers of the nation. It is an apt recognition of the noble work being done by the nation’s soldiers.

It is, therefore, pertinent to pay attention to the concept of national security during the month of August.

The armed forces of the nation perform their duty to uphold the sovereignty and integrity of the nation exceptionally well. In India, they have an important role to play in internal security duties as well. National security, however, is not limited to the physical guarding of frontiers; it encompasses economy, health, environment and a host of other issues. The entire nation, therefore, is a stake holder so far as national security is concerned.

In view of the broad base of stakeholders, there is a requirement of a well honed strategic culture which, sadly, is missing in the country.

The situation can be improved by creating awareness about what security entails, and how responsibility of national security percolates down to each and every citizen.

Think tanks and the media have an important role to play in this regard, both individually and collectively. While think tanks need to put the security situation in perspective, it is the media that has to communicate the same to the nation.

Security related think tanks are organisations involved in research and analysis of policy issues. They identify issues that are important in terms of national security, evaluate the same and come up with proposals for the best way forward. They operate independent of governments and political parties, and thus, maintain a non-partisan and intellectual position based on extensive research and logical analysis.

There are innumerable occasions when the government cannot spell out a policy on security issues for reasons of secrecy. On such occasions that think tanks reach out to the public to assuage feelings of insecurity. While doing so, they also give recommendations, through open sources, about the options available to the government for dealing with security issues.

Think tanks use the medium of lectures, seminars, conferences, expert meetings, and individual or group briefings to get across their point of view. The response of the public to the debate thus generated helps the government feel the pulse of the nation so important in the decision making processes of democratic nations like India.

Media has a very important role to play in dissemination of the thoughts of think tanks on to the public domain. There is, therefore, a strong case for security related think tanks to make conscious efforts towards achieving media outreach. Creation of departments for public relations within their organisation structure would pay handsome dividends.

Media on its part needs to honestly admit that it needs the inputs from think tanks to build on its copy and give credence to its programmes. Its coverage of any matter related to national security gains credibility only when opinion is expressed by some expert on the subject who is deemed to be so due to an association with a reputed think tank.

Presentation is of primary importance in communications regarding national security. Those working in think tanks are, by and large, well conversant in their area of expertise. Equal in importance with knowledge of the subject is the ability to communicate the same in a manner that is understood, first by the media and then by the audience. In many cases, the already complex parameters are made more complex in the process of articulation and, as an end result, both media and the public lose interest.

Media, especially the television segment in India, has this habit of giving sensationalist coverage to a particular incident and losing interest as soon as something else comes up. This is counterproductive since it leaves information gaps while raising passions. The public is left feeling insecure and sometimes in a state of panic.

Take the instance of the waving of ISIS flags in some areas of the state of Jammu and Kashmir, the matter gets reported by all television channels mostly with high drama and emotional rhetoric and then there is complete silence till the next such incident takes place.

Due to slipshod coverage, the nation remains largely ignorant about the identity of the perpetrators of the incident and their intention, the degree of penetration of such a radical thought process, the response at the local and national level and options for dealing with the situation.

Media houses have to ensure that their journalists covering national security are conversant with the subject and capable of giving to it professional treatment while delivering interesting copy. What is important is to present a clear picture that spells out the issue lucidly and lays down clear cut responsibilities at the level of the government and also civil society.